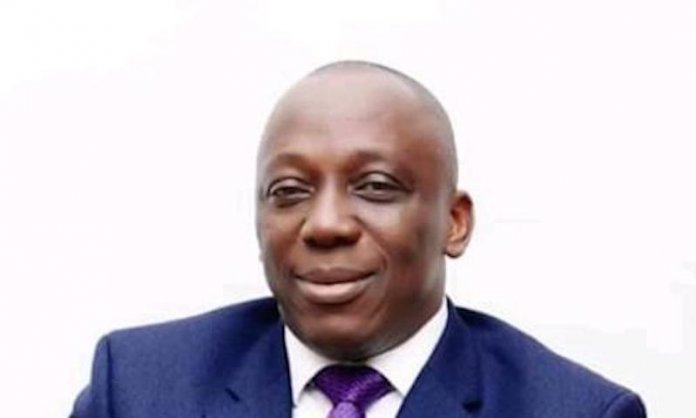 The Executive Assistant on Communications to the Governor of Delta State, Dr. Fred Latimore Oghenesivbe, has described as “unproductive and uncalled-for” the alleged attacks on the personality and reputation of the Commissioner for Justice and Attorney-General of Delta State, Mr. Peter Mrakpor, by a former Minister of State for Education, Mr. Kenneth Gbagi.

Oghenesivbe alleged that Gbagi is pursuing his 2023 gubernatorial ambition “on a bad note by thinking that attacking perceived or would-be opponents” would increase his electoral fortunes and possibly give him an edge over others.

He advised Gbagi to attend to his problems instead of dragging Mrakpor and any other perceived opponents into the avoidable problem he created for himself over an alleged stripping, torture and dehumanising of some of his female employees.

Oghenesivbe described the attack on the state attorney-general as one directed on the administration of Governor Ifeanyi Okowa, adding that “the unfounded allegations against Mrakpor amounts to mischievous political propaganda” that could very well mess up Gbagi’s aspiration to become the governor of the state in 2023.

He wondered why the ex-minister appeared to be unsettled by the personality of Mrakpor who “is yet to declare his ambition to run for the office of the governor of Delta State in 2023.”

Nonetheless, Oghenesivbe described Mrakpor and the Chief of Staff to the Governor, Mr. David Edevbie, as formidable political personages from Delta Central senatorial district who could frighten Gbagi any day they registered their interests in the 2023 governorship race.

Oghenesivbe said: “Gbagi’s propaganda strategies ahead of 2023 governorship election in Delta State are obviously primitive and grossly unproductive. His vicious approach and character assassination techniques are unbecoming of a legal practitioner and a minister in the Temple of Justice. His popularity is dwindling and fading away by the day, and he must of a necessity seek ways and means to revive his personality traits.

“The last time I checked, the Honourable Commissioner for Justice and Attorney-General of Delta State, Mr. Peter Mrakpor, who has been selected to be elevated to the enviable rank of Senior Advocate of Nigeria (SAN), is yet to declare his interest to run for the office of the governor, which is why Gbagi’s naked and laughable blank propaganda calculated to assassinate the unique personality of Mrakpor and other perceived future opponents will continue to fail and shall work against him in this dispensation.”

He said that he had tasted Gbagi’s vicious attacks in the past and “I can tell without mincing words that he is a delicate and destructive individual.”

He alleged that “Gbagi once told me that Governor Ifeanyi Arthur Okowa took a secret oath to handover power to him in 2023.”