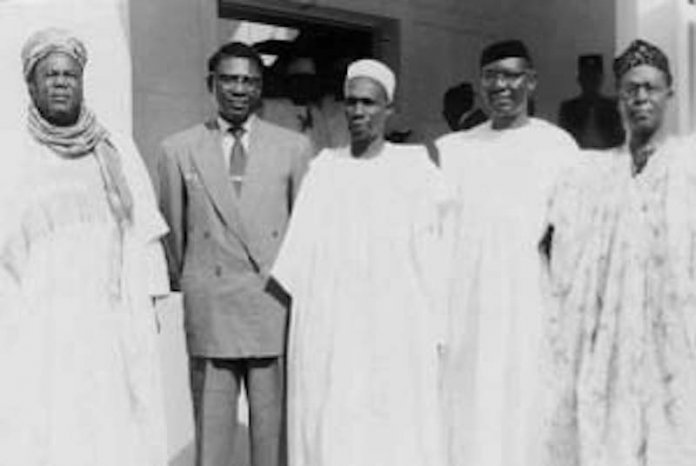 With citizens’ general apathy towards the nation’s 60th independence anniversary, the question has become relevant: have the labours of Nigeria’s heroes past not gone in vain? Shola Oyeyipo writes

The fifth line of the nation’s national anthem is very instructive as it recognises the contributions of the country’s founding fathers and also the “fear” that their efforts might actually be wasted by those who were to come after them.
The line says: “The labour of our heroes past shall never be in vain.” However, as the nation marks its Diamond Jubilee, it was one of the most muted landmark celebrations in the history of the country. And the reasons for this are not really far-fetched.

In fact, those who are conversant with the social media, especially Facebook, would notice a trending message, though different as per individual’s writing style, to the effect that fellow Nigerians should not wish them happy independence anniversary.

The feeling of emotional loyalty to one’s country is at its lowest as many do not feel their country actually has anything to offer them in terms of hope and aspirations.
In the same vein and for the first time, during the build-up to a major milestone in the history of the country, ethnic nationalism gained some very disturbing currency. There were fears that ethnic nationalists would use the opportunity of the 60th independence anniversary to realise their ambition of pulling out of Nigeria and forming a country of their own.

For instance, those rooting for Oduduwa Republic (mainly from the Yoruba-speaking part of the country) had threatened to declare the new republic on October 1, the day the nation was marking such an important milestone. As a result, instead of government getting citizens to be involved in the celebrations, it was more concerned with ensuring there was no breakdown of law and order on that day.

For instance, as early as 6:30am at the popular Fajuyi Park in Ado-Ekiti, the Ekiti State capital, a combined team of regular police, mobile police and the Department of State Security, DSS, had taken positions around the park and also along major roads that lead to the park.
Mission: to forestall any form of protest from ethnic nationalism agitators. According to THISDAY findings, this was replicated in many state capitals in the Southwest as well as in the Southeast.
The implication was that many citizens never saw themselves as being part of the epochal event of a Diamond Jubilee in nationhood.

Sola Oluwaferanmi, a civil servant, who works with one of the nation’s paramilitary agencies, said it is shame to admit but to him, the labours of these founding fathers have been wasted. He told THISDAY that none of the modern leaders has seen any need to keep the banner of nation building aloft.

“The labour of our heroes past has been in vain. What those men and women laboured for has been destroyed. The new and recent leaders never built on what our founding fathers laid down. The commitment is not there. Take Lagos State, for instance, how many of the legacies of former Lateef Jakande, have been built upon by these new leaders? It is sad to do this but the labours of these founding fathers have been wasted.”
He added that people didn’t see any reason to celebrate the 60th independence anniversary with government. He said it was government’s show alone.

“Ordinarily, people were supposed to print banners, t-shirts, caps and so on and even go to the stadium and be part of the celebrations. But that was not the case on this last October 1. And the reason was that people didn’t see any reason to celebrate.

“To them, the nation has not offered them anything and even there is nothing positive to look forward to. So, what did we see? A citizenry that was so disconnected from those governing them,” Oluwaferanmi lamented.
Years of bad governance have not also helped matters, as there is this inexplicable notion among Nigerians that the last government was always better than the current one.

When the Babangida military regime first devalued the naira in 1986 and set up the Second Tier Foreign Exchange Market, SFEM, the thinking was that it would be short term measure to help the nation get through a looming economic disaster.
Thirty-four years later, the Naira has not only become one of the weakest currencies among Africa’s elite nations, it has always faced a free day against the dollar. What this means is that there is a massive drop in citizens’ purchasing power.

How do you get a people not sure of their next meal to have a sense of nationhood and be part of an epochal independence anniversary?
The Bureau of Statistics has stopped issues of economic indices, especially as it relates to unemployment, due to the fact that releasing such figures is considered embarrassing to the government.

And in the build-up to the 60th independence anniversary celebration, the government practically removed fuel subsidy and the cheapest any Nigeria can buy fuel is N159 per litre. Not that alone, the tariff on electricity went up by about 40 per cent. In fact, the government spent the greater part of the week leading to the October 1 celebration, negotiating with organised Labour not to go on strike. Agreement was not reached until a few hours to the date.
It was not the best way to prepare for such an epochal event.

Government officials will always paint a rosy picture of a nation on the right track. But to many Nigerians, they won’t like reciting the fifth line of the national anthem. It does not minister again.