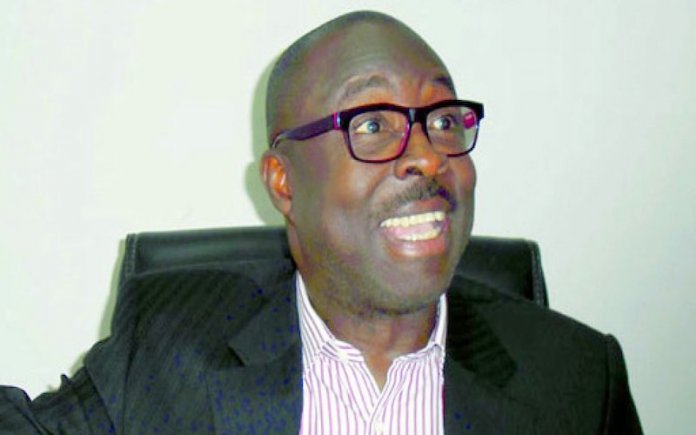 The tensed relationship, which has existed for a while between some Nigerian local business founders and their foreign investors took a new twist recently with the tussle at HealthPlus Limited. While the factions make claims and counterclaims, the Business Founders’ Coalition at a press conference called on the Nigeria government to help salvage the situation. Raheem Akingbolu writes on the implications of this development on foreign direct investment in Nigeria

The Nigerian economy is stunted by low Foreign Direct Investment (FDI) inflows. In the second quarter of 2020, total FDI inflows into Nigeria, including portfolio, direct and equity investments, plunged to $1.29 billion from $5.85 billion, according to the National Bureau of Statistics (NBS)’s capital importation report. This represented a 77.88 per cent decline from the position reported in the preceding quarter and a 78.80 per cent drop from what was seen in the corresponding period of last year.

The FDI inflows into Nigeria were estimated at $24 billion in 2019 and $16.8 billion in 2018. When compared with emerging market peers, Nigeria’s FDI inflows pale into insignificance. Vietnam with half Nigeria’s population attracted $38.2 billion inflows in 2019, representing an increase of 7.2 per cent from the 2018 numbers. In 2019, India attracted FDI inflows valued at $51 billion. In 2019, Brazil received FDI inflows of $75 billion as against $60 billion received in the previous year, according to the United Conference on Trade and Development (UNCTAD). This placed Brazil as the world’s fourth-largest FDI destination.

The first three positions were occupied by the United States with $251 billion; China, with $140 billion, and Singapore with $110 billion inflows.

Recent reports have depicted Nigeria as a high-risk environment for investments. A report released by Fitch Solutions in 2019 said Ghana, South Africa and other smaller countries in Africa were better favourable destinations for FDI than Nigeria. The report titled, ‘43 NEW Africa Country Risk Reports’ explained that the countries had more stable environments for investment than Nigeria with heightened insecurity, an uncertain regulatory environment, and uncompetitive import conditions, among others.

The report was never surprising to market watchers because most investors see Nigeria as a high-risk environment. Apart from uncertainty in the doing business environment, the country’s cost of doing business is high. There is also a risk created by the cost of getting justice and dispute resolutions.

However, investors are aware of the age-old and emerging challenges in Africa’s biggest market, but they still put their money in the country because of its peculiar characteristics. With 200 million potential population and demography with 70 per cent youthful population, Nigeria remains an attractive market for investors. Despite a slowing economy, the population requires a good and affordable healthcare system, a smart food and technology systems, and infrastructure. This explains why many foreign investors have chosen to invest in some of these emerging sectors which create opportunities for high returns on investment.

But the recent noise made by some local founders in Nigeria is threatening to increase the risk inherent in the Nigerian market. A case in point is the HealthPlus saga.

On September 25, the board of HealthPlus in a letter suspended Mrs. Bukky George as CEO due to the inability to reach an agreement with her. George had founded HealthPlus in 1999 but got an equity investment of $18 million from Alta Semper Capital LLC UK (AS) in 2018, which gave the private equity investor controlling shares. But issues around mismanagement of funds prompted the company to effect her suspension to save the company from plunging into a deep crisis. Mr. Chidi Okoro was appointed, however, as the Chief Transformation Officer in her stead.

“This difficult decision was made in full compliance with Nigerian law and following a long and drawn-out process of engagement, through which the board sought to address multiple issues with the way the company was being managed. Despite a series of significant breaches of the terms of Mrs. George’s engagement as CEO, the Board explored a range of options that would enable her to continue to play an alternate leadership role. It, unfortunately, became clear that an amicable resolution was not going to be possible and that, as the multiple issues persisted, urgent action was required to avoid adverse impact on the entire business, including customers, employees, suppliers, and other key stakeholders,” the board said in a 27 September statement signed by directors Afsane Jetha and Zachary Fond.

In a series of media statements attributed to Mrs. George, she was quoted to have said the pledged funds were never fully disbursed to implement the firm’s strategic objectives, stressing that its growth journey had been fraught with serious challenges, unmet expectations, and erosion of market share and brand equity.

Ordinarily, this should be seen as a conflict of interest between a local founder and an investor. It happens in many climes and should not be generalised as it is done in today’s media. The matter has been so dragged that it is already sending a negative signal to foreign investors. The press conference organised on 29 September by Business Founders’ Coalition where the affected companies stated their cases further reflects an unhealthy relationship.

Important to know that foreign investors are not charity or spendthrifts who want to develop economies. They are interested in Returns on Investment. They take their money where they can get high returns and pull out when the objective is defeated.

Analysts say the issue is generating so much attention and is putting foreign investors in a bad light. It is believed that this development can hurt future investments. It is also believed that it’s capable of increasing the cost of getting private equity investors (PEs) and venture capitalists (VCs) in the future as the investors may tighten the noose on Nigerian small and medium businesses which make up over 95 per cent of enterprises in the country.

Without doubt, private equity investors and venture capitalists have supported many Nigerian businesses that are successful today. Paga’s success is down to a PE investor and the relationship between the Nigerian founder and the PE is still intact. This is just one out of several successful cases that are textbook examples of success fuelled by foreign investments.

Moreover, VCs and PEs contribute to the Nigerian economy, providing jobs for millions and growing several sectors. Antagonising foreign investments because of the failure of very few firms, therefore, leaves much to be desired regarding the approaches employed by the local business founders.

Finally, all parties to an agreement must stick to terms and agreements and nobody must jeopardise partnerships by stepping out of agreed boundaries, not the PEs and definitely not the Nigerian business owners.