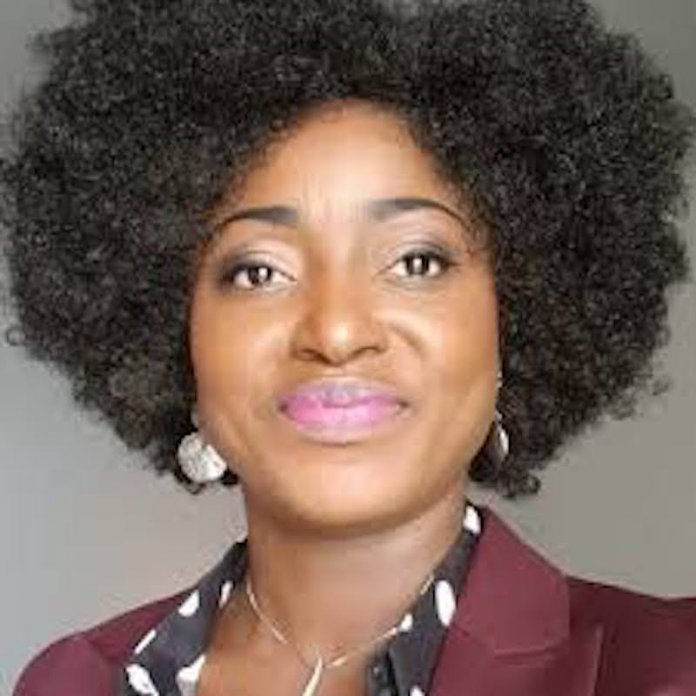 The Chief Executive Officer of Mobihealth International, Funmi Adewara, has been named the winner of the 2020 edition of the global Sustainable Development Goals (SDGs) and her competition for women small and micro enterprises at the 75th United Nations General Assembly (UNGA) held in New York City, United States on September 30, 2020.

The recognition, according to Mobihealth International, is an acknowledgment of her outstanding work at the firm, a telemedicine start-up.

The competition, endowed by the World Bank Group and its partners, the United Nations Development Program (UNDP), UN Women and the Wharton School Zicklin Centre, showcases women entrepreneurs who support the global SDGs through their business operations, according to the Director, Partnerships and Practice Groups (External and Corporate Relations) of the World Bank, Jill Wilkins.

Wilkins said: “The competition provides an opportunity to showcase women-led businesses that are not only supporting goals in health, food security, education, climate change, gender equality and industry, but also demonstrating resilience as they respond to the challenges of COVID-19.”

Receiving the award, Adewara expressed her joy at the recognition and thanked the organisers of the competition for finding her worthy of the coveted prize.

Adewara said: “I am immensely excited and thankful to the World Bank Group and its partners, who endowed the global SDGs and Her Competition for women small and micro entrepreneurs, and found me worthy of the honour of winning this year’s competition.

“Ordinarily, making it to the finals of this prestigious award alone was a great honour, particularly given the extraordinary strength of the entries this year. So, going further to win against such a strong competition is simply amazing.”

Adewara told the audience how her childhood experiences and her desire to address some of those issues that placed the odds against her charted her course into medicine, and to establish the telemedicine company, Mobihealth International.

“The memory of those midnight cries from the bereaved mothers and families who lost their children prematurely to preventable illnesses; pregnant women who died before, during and after childbirth; lives, too numerous to count, that were lost as a result of poor access to basic healthcare and my own personal close encounter with death as a result of the failings of our healthcare systems challenged and fuelled my passion to find an innovative and scalable solution that could change the poor narrative of healthcare across Africa,” the Mobihealth boss said.

She averred that technology presented her with a unique opportunity to mitigate the impact of brain drain by leveraging the Mobihealth’s integrated tele-health platform to reduce the negative impact of the short supply of doctors across Africa, reduce barriers that result from long distances and address the lack of health insurance for 95 per cent of Africa’s population.

Adewara dedicated the award both to many other amazing women who are doing great things globally to support the SDGs despite the odds that are stacked up against female entrepreneurs, and to the girl-child everywhere in Africa, who she urged to dare to dream as it was her big dreams that fired her zeal for success.