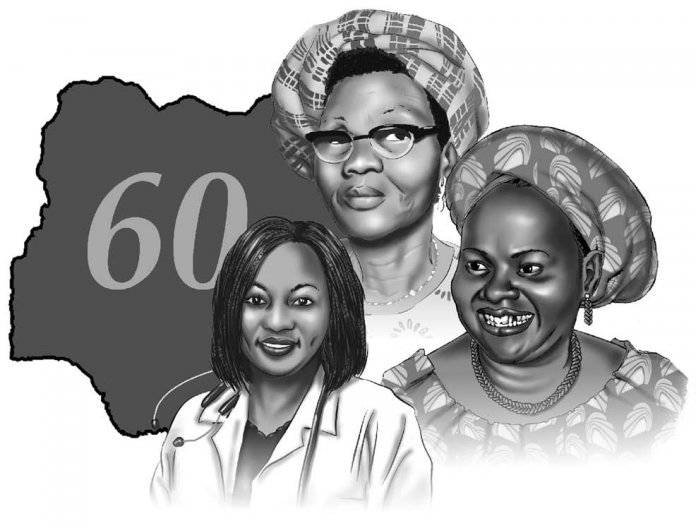 Many opine that colonialism laid the grounds for women’s exclusion in leadership. The establishment, in 1898, of the Egba United Government (EUG) lends credence to this point. The traditional rulers of the townships in Egbaland were handed key portfolios under the leadership of the Alake, and a secretary was appointed. Curiously, women were excluded, including hitherto powerful title holders.

Despite the progress that was made, there were political and economic changes that placed a great burden on the people. This culminated in the Ijemo massacre of 1914, following which the EUG was dissolved and indirect rule was introduced. Living conditions, however, did not improve and policies especially failed to protect and address issues specific to women.

There was yet another violent uprising in 1918 and in 1946 were women particularly waged a protracted battle against colonial authorities as they fought for an end to the oppressive tax regime and for inclusion in politics and governance.

A shared experience for many women at the time was that in addition to being victims of the forced labour of the colonial government in its expansive infrastructure development ambition, they suffered the additional burden of being increasingly conscripted into a lifetime of labour under the guise of marriage, as men married more wives with the intent of deploying them on farms to raise productivity and income.

Women were expected to spend their productive years working on farmlands they did not own – and had no hopes of acquiring – without commensurate reward, as their labour was considered as contribution to the upkeep of the family. This left them dependent on their husbands – and later, sons – for survival, a factor that limited freedoms and undergirded subservience. The final straw came when the all-male government introduced more levies and taxes on women traders.

This resulted in the 1946 revolt of Abeokuta women, an event triggered by factors similar to those which led to the Aba women’s rebellion of 1929. Chief Olufunmilayo Ransome-Kuti, with Grace Eniola Soyinka, formed a powerful resistance and what began in Abeokuta snowballed into a national movement that championed self-rule, women’s suffrage, women’s inclusion in politics and leadership, and gender equity.

These uprisings laid the foundation for future women mobilization efforts towards liberation. Both events may not be widely acknowledged as such, but they were major milestones in Nigeria’s struggle to attain independence from repressive and exploitative colonialists and local chiefs who upheld the indirect, patriarchal ruling system. They presented a direct and major challenge to British authority in Nigeria and morphed into nationwide movements that made the call for independence and respect for women’s rights too loud to ignore.

A lot has happened between then and now and while some things have improved, many others have not. These persistent challenges have birthed a society that obstinately discriminates against women.

Sixty years after the exit of colonialists, women remain subject to enduring cultural beliefs that limit their potential, deny them education, and shut the door to politics and governance. Women are still disproportionately affected by poverty and even where laws exist to protect women from harmful cultural practices, implementation remains a major challenge.

Contrary to what obtained in the colonial era – until 1958 in the south and 1976! in the north – women can now participate in elections. However, economic exclusion, the prohibitive cost of political participation and a lack of enabling policies, among other issues, stand as barriers to full political participation. When taken up to task on the inadequate representation of women, the political establishment claims the discrimination is imagined and affirmative action would discriminate against men!

Yet, the subjugation of women is not a problem for the gender alone; the entire country is impacted by it. A McKinsey report says Nigeria’s gross domestic product (GDP) could grow by 23% – or $229bn – by 2025 if women are empowered to participate equally in the economy.

For decades, from the struggle for independence to education and broadening our democracy, women have contributed immensely to the growth and development of Nigeria. They deserve credit for their roles – but even more importantly, they deserve social justice.

Pigeonholed to a tiny portion in current affairs as the first Nigerian woman to drive a car, Olufunmilayo Ransome Kuti rarely comes to mind when Nigerians pray, as outlined in her national anthem, that the labours of our heroes past should not go in vain. But she was a hero who was very actively involved in the struggle for independence, and like other women who fought for a country free from external control and dictatorship, their contributions deserve to be honoured.

Abiola is an advocate for gender equity and youth inclusion in governance.