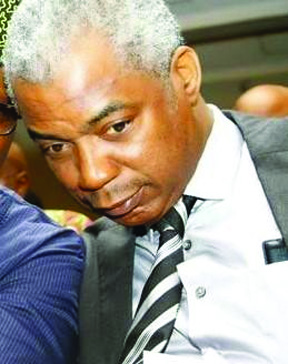 In what could be likened to the biblical teaching in 1 Corinthians 1:10 on the need for all to agree with one another and be perfectly united in mind and thought, the recent intervention by Ekiti State Government on coronavirus pandemic which enjoyed the cooperation, generosity and sacrifice of Ekiti Indigenes has yielded positive results. Raheem Akingbolu writes

For a state that has been assigned a place in the class of poor states in Nigeria, with a meager federal allocation and low internally generated revenue (IGR) drive, Ekiti stakeholders were dumbfounded when the ravaging Coronavirus Pandemics broke and government at all levels were scampering to muster resources to fight the scourge. Among other challenges, the state was concerned about funding and attracting relevant health personnel that could bring their expertise to bear on the global crisis.

But the challenging season was quick to reestablish the argument in some quarters that a state that prides itself as the Fountain of Knowledge in Nigeria cannot be the poorest. It is believed that a well-educated state would be a haven of innovation and creativity and true to form; the state was able to quickly prove that ideas rule the world.

Few weeks into its formation, the Committee has helped to raise funds for the State by contacting individuals and corporate organisation to support the State’s response and intervention initiatives, with cash donations in the sum of N795,519,861.01 and non-cash donated items worth N1,155,626,476.42. The committee also attracted Health Insurance, with Tangerine Insurance providing N2 Billion life and Health Insurance coverage for 500 Front lines workers in Ekiti State.

For effectiveness and proper coordination, a successful Project Consultant and Medical Doctor, who is reputed to have successfully supervised and constructed many health facilities in the country, Dr Tunji Olowolafe, was picked to chair a sub-committee – Medical Logistics and Project Nomination Committee. Months after, Olowolafe and his team, have not only identified area of intervention, they have raised the stake in the state health sector.

In an interview with THISDAY, the industrialist who admitted that the job was tasking, showered encomiums on prominent Ekiti indigenes who contributed to fund the project and the people he worked with in the subcommittee.

“If I’m to review our experience in coping with this Coronavirus pandemic, I will conclude that it has given us ample opportunities, nationwide, to harness our resources. In my home state, Ekiti, where I played a little role, it exposed me; first to our level of infrastructural development secondly, to competent medical personnel in the Ekiti State Ministry of Health, who can stand shoulder to shoulder with their counterparts anywhere in the world. For instance, I worked with two fantastic Permanent Secretaries in the state, Dr. Folake Olomojobi and Pharmacist Bisi Arogundade and the committee secretary, Mrs. Margret Fagboyo. Beyond adherence to work ethics, the three ladies demonstrated high level of competence and understanding of global trends in various sectors. To this end, I will be eternally grateful to prominent indigenes of Ekiti State and corporate organisations who donated generously to the initiative and I appreciate the people I work with to actualise the various projects we undertook.

Taking this reporter through the projects handled, Olowolafe, who is also the Managing Director and Chief Executive Officer of Deux Project Limited, spoke on the COVID 19 Research and Learning Lead, under which he said the committee conducted Research and Screening representative sampling across Ekiti 16 Local Governments and Covid-19 NCD surveillance and intervention in the state. He also pointed out that the intervention covered upgrading of Hospital projects, through which it facilitated the renovation of Oba Adejugbe Specialist Hospital, making it ready to serve as a major Isolation Centre in the State.

According to him, “Under our Health Facility Upgrade, the committee gave the Okeyinmi Comprehensive Health Centre, Ado Ekiti, a facelift, considering its adequate facilities for high usage, with about 100 deliveries per month. The delivery capacity was increased to between 150 to 200 per month capacity. The committee also facilitated the renovations and upgraded of Basic/Primary Health Centre in Ikole, Oye, Ikere, Ijero, Otun, Agbado, Omuo, Ijurin, Ikoro, Isan, Ipoti, Igogo, Ipole, Ilawe, Emure and renovation of Aiyede Ekiti General Hospital, among others,”

As part of the early intervention initiatives of the committee, Olowalafe emphasised how testing was given a priority by facilitating the purchase of Molecular Diagnostic Laboratory, which was fully equipped with all the vital instruments required for COVID-19 testing, installed at Ekiti State Teaching Hospital Ado Ekiti.
He pointed out that the laboratory allowed the State to conduct its own community testing and on-site processing of samples which reduce turnaround times for test results and allow management and treatment of patients accurately, sooner rather than later.

He said: “The laboratory has also helped build the capacity of EKSUTH and equipped the staff with necessary skill sets required for testing of other infectious diseases. Of course, we also involved in training of Health workers who have roles in the Ekiti State Covid-19 Response including Doctors, Nurses, Pharmacists, Laboratory scientists and Ambulance Drivers on the need for proper equipment to respond rapidly and efficiently to the threat of COVID-19 as well as protecting their own health,”

The Secretary of the committee, Margret Fagboyo, in an interview with THISDAY mentioned that the committee updated list of applicants from Ekiti State and intervened in their loan applications for the CBN/NIRSAL soft loans. She also added that the committee held two Diaspora meetings to foster relationship with indigenes in diaspora, pointing out that the committee has since received their commitments to support the State’s response to the pandemic.

Capturing the impact of the intervention on the citizenry, both the infected and ordinary people on the street, especially during the total lockdown, Fagboyo said because of the early lockdown of businesses in the state to avoid casualties, the impact was much.

“Considering that Ekiti State was one of the first States to impose varying degrees of restrictions on movement of persons and goods, including public gatherings and markets within the states, as part of measures to curtail the spread of the virus, the social and economic impacts of these became very significant on the various households across the State.

To mitigate the negative impacts, the government ramped up various interventions measures by introducing economic stimulatory measures and direct livelihood intervention measures to ameliorate the impact on the rural populace and businesses, including artisans and small scale entrepreneurs,”
Responding to the belief by some people that Government has turned the pandemic and its fallout to money making Ventures, she was quick to add that intervention and response to the challenges of the pandemic in Ekiti State have been focused and people oriented from Day one.

“It is important to note that Governor Fayemi is not only the Governor of Ekiti State but the Chairman of the Nigeria Governors Forum who leads by good example. So money was never the target of intervention in Ekiti State. It may also interest members of the public that Ekiti State is the second State to publish the list of all donations of cash, food and Non-Food items in national and local newspapers for transparency and accountability purposes and probably the only State that has prepared a costed value of all donations in kind to enable us know the value of the items donated, cash and non-cash,”

As part of the measures to make sure the resources are well utilized, Fagboyo, said members of the committee hold meetings every fortnight to discuss and give Account of all donations and contributions and expenditures. She also stated that the Committee has a fund and project management subcommittee that appraise all proposals, evaluate the costs and make recommendations to the committee for fund approval.

“They also established a mechanism to track and monitor how the donated items are being distributed and who and where they are being donated to. Similarly, a project monitoring committee to track all renovation and facility upgrades was established, and they receive technical and financial updates and feedbacks on real time basis,” she stated.