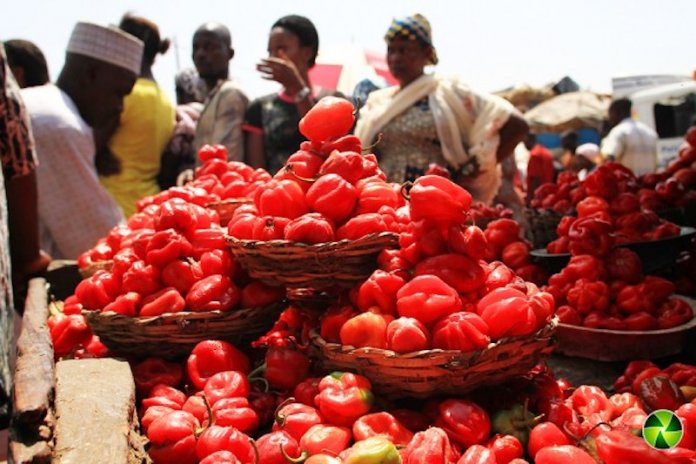 Nigeria’s informal economy has grown considerably over the last decade. These are the individuals and microenterprises whose economic well-being is birthed and buoyed on the fringes of the formal economy; business activities that remain unregulated, and oftentimes, completely unknown. Initially, much of the rhetoric centered on the need to ‘manage’ this ever-expanding behemoth that the informal sector was becoming. This narrative has since evolved into one that seeks to formalize these businesses, by catering to their needs and providing them with much-needed support.

This is what we have focused on through our Bank of industry capacity building initiatives, and our microcredit schemes, which are designed to provide no-interest micro-loans to microenterprises to support their growth. As a result of these initiatives, we have been able to gain a better understanding of what these micro- and small businesses in the informal sector truly need: firstly, access; secondly, skills; and thirdly, tailored service delivery and channels of access. With the onset of the coronavirus pandemic however, the challenges we had previously begun to understand have been magnified considerably.

The sector is vast and encompasses a host of activities, ranging from agriculture and food production to mining, trade, transportation, accommodation, and even recreation services, amongst many others. Various reports over the past few years have surmised that the sector, which accounts for over half of global employment , could be worth approximately N40 trillion in Nigeria. In Lagos state alone, the informal economy employs about 5.5 million people – about three-quarters of the state’s 7.5 million labour force. A study released in 2016 revealed that the informal sector made 41 per cent of contributions to Nigeria’s national GDP; a few years later, in 2018, this portion had risen to 65 per cent. If one were to proffer an estimation, it could very well be posed that with steadily increasing growth and activity, the informal sector’s contributions to our 2019/20 GDP would potentially surpass 70-80 per cent.

However, this year is unlike any we could have imagined – and for those whose welfare are reliant on the daily income of the informal sector, and who cannot “work from home”, the reality is bleak. Despite the delayed onset of the virus in the Nigerian environment, compared to the West, the impact of government measures to curb the spread of the pandemic, though necessary, have affected almost all micro businesses.

Take Salewa, for example. She runs a small market stall at Mushin, selling cosmetic products; for years, this has been a reliable source of sustenance for Salewa and her growing family. With the income from her shop, Salewa contributes to funding the education of her two sons and cares for her ageing mother. As the population of Lagos has steadily increased, so has demand for her products, and ultimately, her revenue. Identifying the benefits that business expansion could create, she acquired a small loan early this year, and invested in a second stall at another market; it wasn’t long before she began to see returns on her investment.

That was in February. Today, however, despite the end of government imposed lockdown and restricted movement measures across the country, demand for her products has declined and restocking any previously sold stock is proving difficult and more expensive. In less than two months, Salewa’s household has become a single-income household. Her husband, who runs a private taxi service, has gone from approximately twenty customers a day, to about three to four customers a week. Still, despite this harsh reality, Salewa and her family are in a better position than the millions of individual construction workers, tradesmen and women, restaurant service workers, street vendors, market salespeople, and the millions of low-income Nigerians whose livelihoods have disappeared.

The latest Bill and Melinda Gates Foundation Goalkeepers report revealed that the pandemic has increased extreme poverty in Nigeria and seven other countries by seven per cent as 37 million people were pushed below the extreme poverty line of $1.90 a day. Since the informal sector remains incapacitated, we can expect more people to regress into abject poverty in the coming months, undoing much of the progress that may have been made in recent years.

The challenges are multi-tiered, and the current outlook looks bleak, but the road ahead will be determined by the responses of various stakeholder groups today. There is no doubt that for these microenterprises and entrepreneurs in the informal sector, the rebuilding process will outlast the existence of the virus. So, where do we begin?

It goes back to my earlier statements regarding the needs of the informal sector: access; skills; and tailored service delivery and channels of access. The government has rolled out important relief measures, which includes the provision of financial palliatives to over 11 million Nigerians listed on the National Social Register and a N75 billion palliative for 1.7 million MSMEs; but, considering that the estimated need potentially cuts across nearly 100 million people, there are still significant lengths left to be taken.

In South Africa, the government has launched a Debt Relief Fund to help small businesses; this is not dissimilar to the $136 million credit relief fund set up by the Central Bank of Nigeria, which is also designed to support small businesses affected by the pandemic. However, the difference is, where the approach in South Africa has adopted the input of both public and private sector stakeholders, Nigeria’s has not. Also in South Africa, the country’s National Empowerment Fund is providing support to entrepreneurs to manufacture products to support in the fight against COVID, for example, PPE, thus creating new business models that can thrive in the current climate, and furthermore, driving enhanced innovation and increased private sector participation alongside government efforts. What the border closures have resulted in is an increased need to look within our shores for the goods and services we require – from an individual and a business perspective; there are increased opportunities to create business linkages between the formal and informal sector.

Tailored support and service delivery looks different now. Taking into consideration the current state of these businesses, many financial service providers have adopted moratoriums and reduced/no interest rates for small businesses. The same approach has been adopted on the Tradermoni and Marketmoni initiatives of the Federal Government of Nigeria, being executed by the Bank of Industry. Furthermore, the bank is overseeing the FG special intervention fund which aims to provide subsidised loans with a nine per cent inclusive interest rate to MSMEs. But even beyond this the Bank of Industry is driving a series of other microcredit and intervention programmes, such as the North-East Fund as well as special funds targeted at states.

The fact is, due to the size and fragility of our informal sector there was no resilience to act as a buffer against the economic shocks that occurred following the lockdown period. So our efforts must shift quickly and concertedly towards encouraging and enabling the safe operation of our informal sector through this pandemic – as we await the discovery of a cure and vaccine. It is imperative for actors in our informal sector to understand the measures required to protect themselves and their customer bases, and have increased access to these measures and tools – i.e. access to PPE, sanitary infrastructure for hand washing and sanitizing, and access to health kits for frequent health checks.

Beyond this, there is also the need to adopt new skills to enhance the ease of operations. One significant revelation of this pandemic is the strength and importance of leveraging digital tools across the entire value chain: from financial transactions and services to customer service and beyond. Capacity building will need to include efforts at up skilling micro- and small businesses in the ins and outs of digital transformation, to enable them to engage directly with their clients and customers, and limit physical interactions as much as is realistically possible.

Tomorrow’s business world looks radically different from today’s. However, one thing is certain: our micro-entrepreneurs and small businesses can become a harnessed economic force if we make the concerted efforts to empower them. These efforts clearly require the collective contributions of our private sector and government stakeholders, and must be holistic and sustainable if they are to have the desired impact. This approach is one we have started to adopt- one where we seek to equip our informal sector with the necessary tools to foster their own growth, and to seek out ways to include them financially in our formal economic structures. In the wake of COVID-19, the intensity, the approach, the quantity and quality of our participation will need to be accelerated, refined, and expanded.

Adeniji is the Executive Director of Micro Enterprises, Bank of Industry