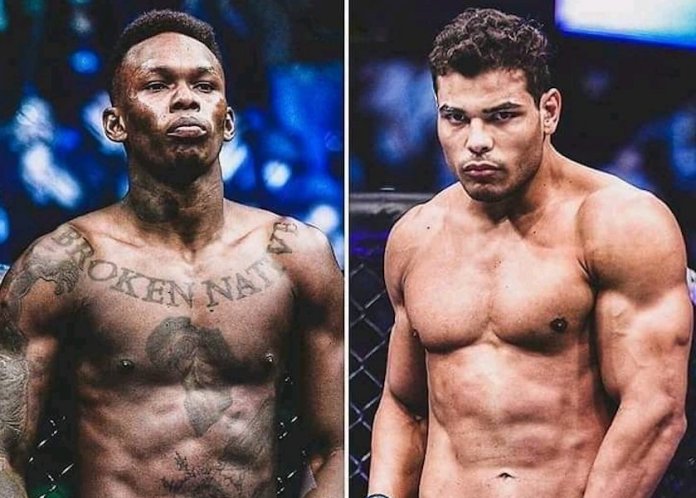 UFC fighter, Paulo Costa ,has slammed rival Israel Adesanya after he appeared to ‘hump’ his stricken opponent just seconds before the end of their fight.

With the referee moving in to end the bout, Adesanya added insult to injury by pretending to have sex with Costa before moving away to celebrate the victory.

The humiliating moment has caused fury in Costa’s camp and the fighter took to Instagram to insist on a rematch so he could exert his revenge.

“ Adesanya is human trash,’ Costa wrote on Instagram. “This has become a grave situation! I saw his disgusting action after fight and I will not stop until I have my revenge. @danawhite make this rematch happen.

“It turned into a matter of honour and I want the rematch immediately. Let’s sort it out as it should be, life or death, 100% prepared. Dana White let’s go.’

Adesanya also launched into a bizarre x-rated rant as he celebrated. “I wrap my d*** around my waist it’s a black belt, motherf*****’ he said, in reference to the white belt thrown in his direction by Costa in the build-up to the title bout.

The champion then made his way to Costa’s corner to chat with his trainers. The conversation appeared cordial, until Adesanya said ‘Imma c** all over you.”

It is as yet unclear whether another fight between the pair will take place, although given White’s immediate reaction to the bout it seems unlikely.

Costa was unbeaten going into the fight, but White said afterwards: “So much for “Fight of the Year” – it was “Domination of the Year”.

“It was weird because if you look at every other fight that Costa has had, he comes out and goes after people like they owe him money.

“I think he landed one jab in this fight. He didn’t try to clinch on the fence, didn’t try to put pressure, kept going back to the centre of the octagon. It was very weird.”

Adesanya is now expected to move on to a fresh challenge from Jared Cannonier or another bout with Robert Whittaker.