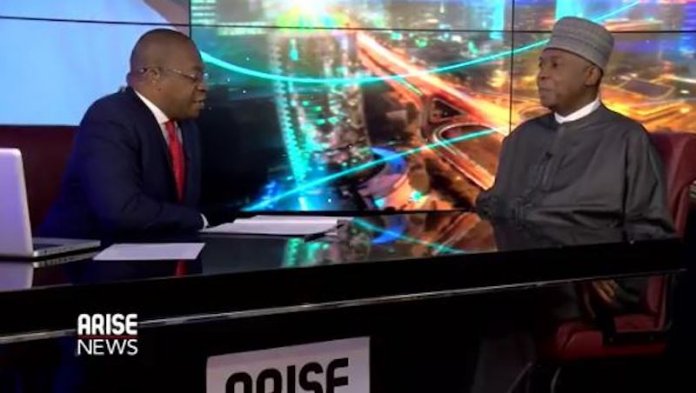 Former President of the Senate, Dr Bukola Saraki, has called for the enthronement of meritocracy in leadership selection process in the country.

Speaking Thursday evening during the THISDAY ARISE Group Global Virtual Commemoration of Nigeria’s 60th Independence Anniversary, Saraki also called for an end to what he described as deceitful leadership and canvassed for competent leadership.

According to the former Senate President, “We must end deceit and seek competent and purposeful leadership. There are many who have no business leading this country at local, state and national levels.

“For us to celebrate our anniversary and not continue to talk about the potentials, we must not be led by people who have no competence, interest and commitment to lead with the right ideas.

“We must enthrone meritocracy and efficiency in the process of sourcing and evolving leadership as we seek patience, understanding and sacrifice from our future generation. It is a fact that our youths will start to have hope if they can see that hard work pays, that patronage is not a system that can lead to a rosy future. Patronage is for the few, while democracy is for everyone.”

Saraki also canvassed for a special focus on the development of youth initiative policy for the future.

“We must individually and collectively take responsibilities that mistakes have been made in the past that prevented us from achieving our full potential as a country. Leaders must hit the reset button. We must not seek power for the sake of power but for the purpose of making a difference to our people especially the youth”, he stated.

He commended the likes of Anthony Joshua, Israel Adesanya, Chimamanda Adichie, David Adeleke (Davido), David Oyelowo, Olakunle Olusegun, the 18 year old Ilorin boy who just signed a contract with Fremad Amager FC of Denmark, Mubarak Gata, another local footballer now making waves in Belgium, Jailani Aliyu who is an automotive designer with General Motors, and the Imafidon twins who are rated the most brilliant kids in the United Kingdom.

He said the talents in the professions, arts, sports end business were too numerous and widespread, explaining that it is up to Nigerians to create the opportunities for them to thrive and multiply..

Saraki was optimistic about the future saying “I believe there is a bright future. I believe we should not dwell too much on the past but learn from it. We have cause to celebrate because our situation is redeemable and our problems are not insurmountable unlike some other nations.”