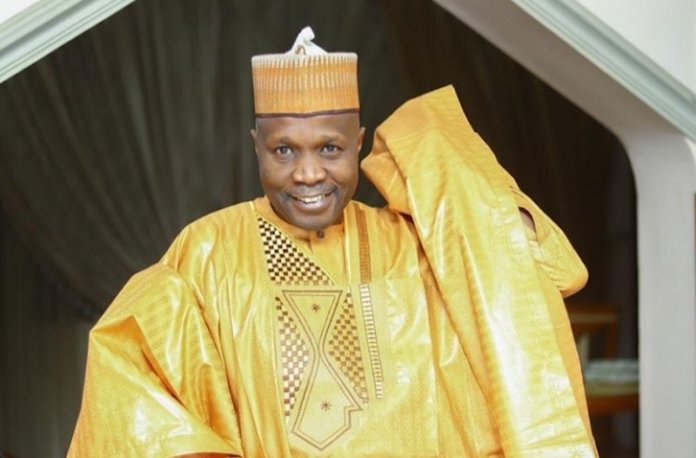 Ismaila Uba Misilli, Senior Special Assistant on Media and Publicity to Governor Inuwa Yahaya of Gombe State ties the justification for celebration of 24 years of creating the state to the current administration’s lofty goals of providing critical infrastructure and development initiatives

The mood nationwide is genial as Nigerians celebrate 60 years of nationhood. To analysts and commentators alike, the situation is not different except the expected divergence of opinion on our level of success, depending on perceptions and may be convictions. While some would claim there is not much to celebrate, others are wont to believe that in spite of all the challenges facing the country right now, there is so much to celebrate particularly the fact that we are still together as an entity and hopeful that the lofty height of greatness we covet is still within our reach to accomplish. Perhaps, affirming this confidence, the Federal Government has actually sequenced the 60th anniversary as a year-long event, underscoring the importance attached to it.
For us in Gombe State, it’s a double celebration: we are marking our 60th independence as a nation and the 24th year anniversary of the creation of our drear state.

It has been a long journey now, relatively, from the inception when the state was administered by the military running into the civilian administration and the new vistas being heralded and engineered by the current leadership in the state.
At both national and state levels, issues arise as to the extent of success we have achieved or should have attained in maximizing our potentials just as we take stock of the challenges we need to surmount in order to make our desired marks in the future.

For Nigeria as a country, it is apt to say that it has been a mixed feeling. As juxtaposed earlier, many believe that we could have done better than the prevailing socio-economic and political situation we find ourselves today. But there are so many others, including yours sincerelywho hold the view that Nigeria has made real progress considering the circumstances of birth and challenges of nationhood compared with other nations of similar background and realities. Indeed that the future is quite great as we continue to work on our drawbacks and being realistic to cope with the issues of socio-economic and political development. Aside, it is unarguable that the current situation is not peculiar to Nigeria but exigent challenges nations around the world are trying to cope with in varying dimensions of success.

Somehow, the situation in Gombe State is one of exhilarating joy of triumphs, not only on the import of the creation of the state out of the old Bauchi State as a necessity to bring development closer to the people but also on the fundamental issue of real growth and development over time especially by some distinct leaders at the helms at different times.

In critical evaluation, the military eras were mainly devoted to laying the foundation for proper building of the state as we have it today. The respective military administrators made some noticeable impact upon which the successive leaders, mainly civilians, built and amplified the vision of the founding fathers.
Accordingly, it is imperative to salute the pioneering roles of military leaders like the then Group Captain Joseph Orji and Mohammed Bawa both of whom had some short stay in office.

And from 1999 when the 4th Republic took off, one is bound to reckon with the modest stewardship of Governor Abubakar Habu Hashidu, relayed and bolstered when Governor Mohammed Danjuma Goje took over amid tremendous efforts made to really move quicker to the mission and vision of why Gombe was created. Admittedly, Goje realized early the challenges faced by the relatively new state especially in terms of development, and worked hard with his team, which Muhammadu Inuwa Yahaya was a key member as Commissioner of Finance and Economic Planning, made it possible to have a modern state where critical infrastructure and development initiatives hallmarked his administration. Goje remains an illuminating leader of modern Gombe, one who showed the way for a competitive stewardship and possibilities after his illustrious tenure. From him to the Ibrahim Hassan Dankwanbo administration, we also saw some gleam of contributions to the development of the state even in varying dimensions.

But many discerning minds are wont to believe that the coming in of the current governor of the state, Alhaji Muhammadu Inuwa Yahaya, is a turning point in some distinctive leadership, a situation which actually makes the celebration of Gombe State at 24 the more enthusiastic because of the innovations and extent of reforms that are reshaping the essence of development as basis for the creation of the state on October 1, 1996.

Governor Yahaya has in a revolutionary manner created a template that has modernized administration with major in-built mechanisms to foster effective, efficient and inclusive administration. We now have a formidable governance structure that is so institutionalized and working to deliver the goods.
We can see the critical concern to make governance work for the people as envisioned by the founding fathers of the state and in consonance with the dictates of democracy as a form of government.

In this regard, we are most certain on the landmark achievements of the government in the areas of education, health, environment and infrastructure, ensuring that government fulfills its promises to the people as a basic responsibility.
Other major indices of good governance as indicated in the quest to industrialize the state and serious citizen engagement and empowerment are particularly exciting and futuristic. So much is happening now with specific implications for the future greatness of the state.

It is arguable that the foundation of Gombe State is now cresting to the founding vision which, in most calculations, rest on the extent of leadership commitment and actual delivery on the wellbeing of the people, to live a better life within the basic index of development.

Governor Inuwa Yahaya is moderating a new clime of conscious idealism placed side-by-side with realism on the journey so far and the way forward on how best Gombe could be a model state.
The key pillars of this reality would inevitably be in the realm of economic prosperity and political stability, raising hope that the essence of good governance as defined by Plato is being actualized in the context of his valid argument that “politics needs expert rulers, and they cannot come to it merely by accident…that political decisions require good judgment.”

From this perspective, then we could possibly find answers to the Almajiri question through modern and practical education, which also addresses the high incidence of out- of- school pupils, including the girl child education concern, curb the insecurity challenge, reorder debilitating effect of gully erosion and desert encroachment especially in the northern part of the state as the ongoing massive tree planting could solve, water provision as a human right and in relation to its challenge in this part of the country, rural electrification, fighting poverty in all forms and making agriculture more profitable as the mainstay in the state. Above all, Governor Inuwa Yahaya’s burning quest to industrialize Gombe State going by the ambitious industrial park in Dadin Kowa utilizing the huge Hydropower project there with strategic economic benefits is most salutary. Achieving further on these areas relative to the current levels of development will certainly help to make Gombe State a model state and for which the Yahaya administration is striving to accomplish.

What will count in the years ahead, however, is the quality of leadership, vision and commitment which can only make the required difference in not only building on the legacies of the succeeding leaders with particular reference to the Yahaya model spirit but also grasping with the realities of modern governance structure and the invaluable need to make the people centre of public policies that clearly address the crucial indices of development in society.

These are fundamentals of measuring and assessing Gombe at 24 and the implication for the future in relation to where we are coming from, where we are now and where we hope to be in the nearest future.
So far, the state has prospered relatively with concomitant perception that with continuity in leadership vision and aspirations, much can still be achieved in the nearest future to the greater good of the people and we could hopefully be fulfilling the lofty ideals for which Gombe State was created. For the moment, it’s double cheers in Gombe.

It is arguable that the foundation of Gombe State is now cresting to the founding vision which, in most calculations, rest on the extent of leadership commitment and actual delivery on the wellbeing of the people, to live a better life within the basic index of development. Governor Inuwa Yahaya is moderating a new clime of conscious idealism placed side-by-side with realism on the journey so far and the way forward on how best Gombe could be a model state