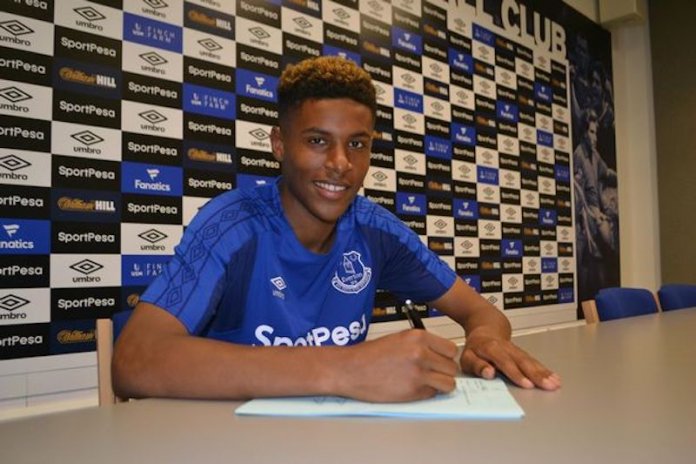 Loan Switch to Wycombe Wanderers
In a quest for first-team action, Nigeria prospect Dennis Adeniran has completed a loan move to Championship side Wycombe Wanderers from Everton and the Anglo-Nigerian will spend the 2020-21 campaign at the English Championship outfit
Since joining the Goodison Park outfit in 2017 from Fulham, the midfielder has featured mainly for the club’s U23 side – scoring eight goals in 46 Premier League games.

However, in his bid to taste first-team action, he has been shipped to the Chairboys, who were promoted to the English second tier at the end of the last term.
Due to his qualities, manager Gareth Ainsworth brought him to South Bucks where he could feature in Saturday’s Championship fixture with Swansea City.

“Dennis is an exciting young talent who has all the attributes to become a really important player for us this season,” Ainsworth told the club website.
“He’s a really energetic, box-to-box midfielder, and comes here eager to learn and develop his game, which we believe he can do just like many other young loanees who’ve joined us early in their careers.

“We’ve had a few injury and suspension problems in the middle of the park so Dennis arrives at a key time and adds extra competition for places.”
At Adams Park, he will join Uche Ikpeazu, Fred Onyedima and Adebayo Akinfenwa while wearing the No. 24 jersey.