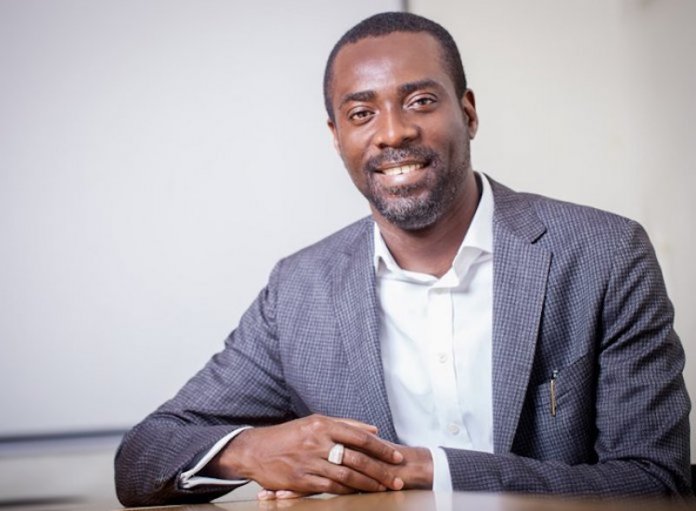 Iboro Otu, Akwa Ibom state gubernatorial candidate of the Abundant Nigeria Renewal Party in the 2019 national elections relived his effort to get justice for perceived electoral fraud against him

After the 2019 gubernatorial elections in Akwa Ibom State, I was quite disappointed with the outcome and rightfully so. The outcome, as usual, was abundantly marred by multiple irregularities and of course, the incumbent carried the day. Your question would be, ‘was I hoping to win?’ Well, we weren’t hoping to lose the way it came! It was a slaughter. We didn’t lose, the thing is, we didn’t even stand. Let me put it this way for dramatic effect; even my vote, at my Polling Unit, wasn’t counted. I must have mistakenly voted for the Peoples Democratic Party (PDP) or the All Progressives Congress (APC) or worse, voided. It was that bad.

CLO’s, CSO’s, international observers all spoke against the rigged election outcome in Akwa Ibom state and their press releases are still there in the public domain. As such, immediately after the fabricated results were announced, My self and Arc. Nya-Etok Ezekiel, another candidate in the race, held an international press conference where I clearly stated that I was heading to the election tribunal and further to the International Criminal Court, as what had transpired in the state amounted to crimes against humanity, the videos of the press conference are still online. That’s how this all began and we had to prepare for the tribunal afterwards.

I was unlawfully excluded from the Akwa Ibom State Election Petition Tribunal. In fact, not only was I illegally excluded, it was done in grand style. The Secretary of the tribunal refused to receive my petition two days before the deadline, and on video, he refused to receive my petition petitioning why he, as a tribunal secretary, wasn’t accepting my petition – and he was caught on camera slamming to pieces the phone that was used in making the recording. He promised myself and my team, in the presence of a world of media people from Channels and AIT, that my petition will never get in or see the light of day. That was exactly what happened.

That’s how powerful and networked corruption is in Nigeria; a tribunal secretary spoke on behalf of the Nigerian Judiciary and it stood. Who didn’t I try to see, the President of the Court of Appeal? Chairman of the petition tribunal? We wrote to everyone. All went straight to ‘voicemail’. No one responded. We took the matter to court in our bid to get my petition in, it was impossible to get dates. Time was running out. When we finally got a date, the judge wouldn’t show up; all these captured by media houses that followed us to court. The court then went into vacation. We wrote to everyone about the injustice, from the Chief Justice of the Federation (CJN) – he wrote back a few months ago, that he was looking at the matter, after one year – to every arm of government, then finally, the President of the Court of Appeal wrote back that we had to wait for the vacation court to come out of vacation – knowing fully well that by the time that happened, we would’ve ran out of time and the tribunal time frame would’ve expired on us and that was exactly what happened. All what I’m telling you right now were captured on video by reputable media houses local and international, and are in public domain for all to see. What has happened since? Nothing. My case is just one of many. But I swore then I wouldn’t let it pass, my case would be different.

Nigeria is the most corrupt country in this world, I can tell you that for free. A huge majority of members of the executive, the judiciary, and the legislative are goons cooking the same soup of impunity and corruption, raping Nigeria however they please.

I wouldn’t let it lie. I had come up with this radical idea after some experience and reflection, that this war against political repression could only be fought effectively from the outside, utilizing international media, the western governments and the International Criminal Court. The problem was, even to me, it was too radical and novel at the time, no one had done it before to my knowledge – taking a sovereign election matter to international courts, especially an African one at that, as there is a lot of bad blood seen as ‘meddling’. But then we tinkered and researched on the argument, looking for ways we could use to compel independent interest and action from certain countries – while trying to create a framework for it at the ICC through a Crime Against Humanity approach. With my team, led by the former Attorney General of Akwa Ibom state Barr. Victor Iyanam, we reasoned that it was possible to have countries like the US, UK and even the EU place visa and economic bans on African leaders who did to others what happened to me; taking advantage of their powers of incumbency to truncate democratic processes. We surmised it was possible for the international courts to set up special tribunals on issues like this in Africa and that if both ever happened, we would’ve reduced electoral crimes by half giving people like myself room to win in the future. It was radical then, and radical now, but I started it anyways, at least the conversation. I stated it on all platforms in this country last year, in my bid to drum support, AIT, Channels, BBC, Ben TV, Oak TV, radio stations, online TV and social media, all of them. It was a hard sell but I wasn’t discouraged.

After a while, not seeing a lot of action, I jetted out to the UK in October 2019 to galvanize support from the diaspora in order to approach the International Criminal Court afterwards, I would be a guinea pig. Olswang CMS was the preferred law firm of hire, one of the biggest in the world and I can say I found partners with heart. They saw the ‘impossibilities’ but also saw the angles. They knew who could stake their reputation behind it and took the bait. From that moment on my confidence booster finally came through. A new dimension on the conversation truly had begun from there. The game was set to attract global attention by way of an international press conference on the issue, in London, March 2020, but that was not to be, COVID 19 set in around then forcing the world into on a global lockdown. However as at that time, I had utilized and engaged a lot of opportunities and people on the matter, from the London Mayor to some other very prominent people and frankly, even though a majority thought my ambition on the matter was a bit far-fetched, they were willing to have the conversation for second opinion with others and that was what I wanted.

Well, the truth is, even though people may not believe in your weird ideas at first, it doesn’t stop them from discussing it with other people – their peers – and who knows to whom they speak and what can come out of it?

Just this week, the American government followed my blueprint better than I ever would’ve imagined and I know that it will bring about the advent of true democracy in Africa, without a doubt. As long as the West places visa bans on recalcitrant leaders on this continent, acts of political repression will be mitigated by half seeing that none of them wants to be banned from enjoying their loot kept overseas, while their minions enjoy theirs in relative peace; they will rein in impunity and criminality. God bless America. However, beyond this, international courts need to try election manipulators for crimes against humanity; these acts of political repression even though I understand there are framework challenges at present, I’m sure it is coming.

I remember when people used to ask me, ‘why do you think the West will buy into this when they’re reaping direct benefits from the ineptitude-ness of leaders?’ I always responded, ‘boy look at the clock and what time it is, look at the world economy and where it is going?’ It’s going East! 10 years ago this conversation would’ve been a non starter, but today, the West can no longer shoulder aid to Africa, they need us as trading partners for their products and economy to boom, going forward. Even in their selfish interest, an Africa that works economically works for them at this point, cuz China, Russia and the rest are moving in quickly and setting up shop!

Anyways, what will happen from this point onward is this; a younger generation of leaders will be inspired to get in the political fray; knowing at the back of their mind that they have other courts and powers to approach when their fundamental human rights are trampled upon. African leadership will be ‘woke’!

For me, this is the beginning of the battle. I’m preparing for the journey ahead and riding the wave to the very end. It is time a mechanism is put in place checkmating irresponsible leaders with punishment. I have patted myself on the back already, knowing we started this. I’m contented with this personal victory knowing that its effective will reverberate and affect countless lives across the African continent. The sky is enough for all of us to fly, wasn’t that the whole idea?