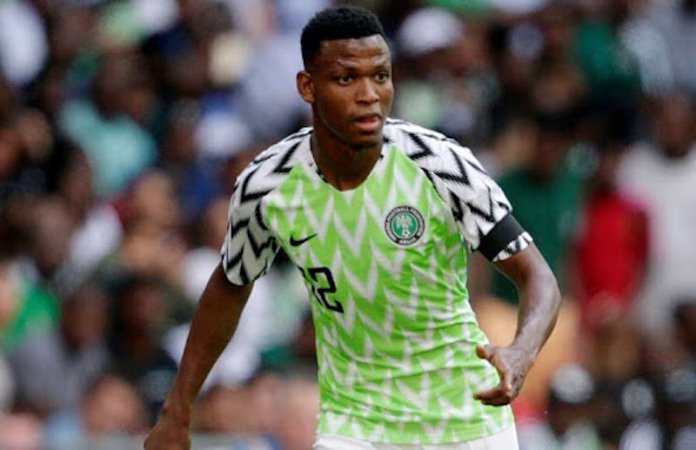 Nigerian defender, Shehu Abdullahi, 27, is likely to be overlooked by the Super Eagles technical crew for next month’s friendlies against Cote d’Ivoire and Tunisia because he has not been active since he parted ways with Turkish club Bursaspor.

SCORENigeria.com.ng reported on Saturday, Shehu posted an emotional farewell message to his Turkish club, saying he wishes to pursue a new challenge while wishing them the best going forward.

His lack of action since July has effectively dropped him from the squad coach Gernot Rohr will name this week for next month’s matches.

In his absence, Chidozie Awaziem and uncapped Kingsley Ehizibue will be now expected to battle for the right-back position for the matches in Austria.

Awaziem, for one, stood in for Shehu at last year’s AFCON in Egypt.

The Nigeria international is returning to Cyprus for a second spell in the division, having worn the colours of Anorthosis Famagusta for two seasons, from 2016-2018.

Shehu has joined AC Omonia as a free agent following the end of his contract with Bursaspor who missed out on promotion to the Turkish Super Lig at the end of last season.

Abdullahi racked up 48 appearances for Anorthosis Famagusta in the Protathlima Cyta across two seasons, scoring three goals and was in action for 3,956 minutes.

The Super Eagle could feature in this season’s UEFA Champions League if Omonia beat Olympiakos in the playoff round this month.