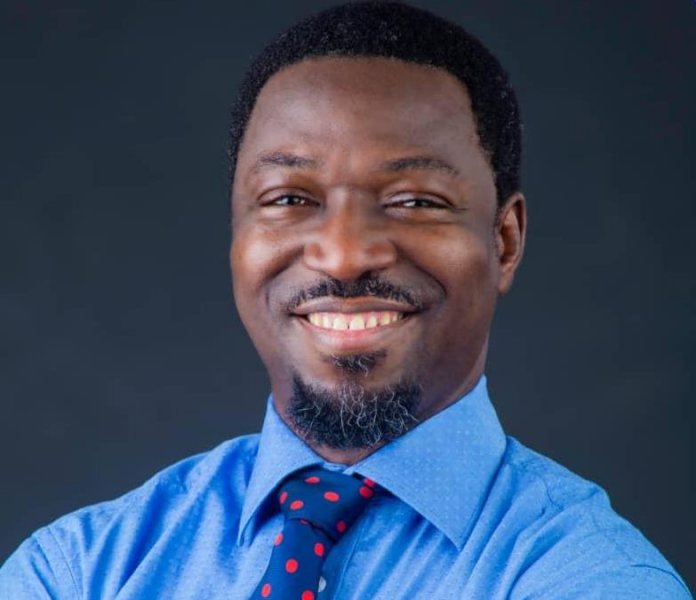 The spicy tinge of ginger lingers in his throat. Wafting through his nostrils is the fresh scent of cinnamon. He touches the soil and feels the tenderness of the earth beneath his feet as he walks through the maze of spices and herbs. The CEO of TruvisAgro Services Limited, Debo Abodunrin’s life revolves around farming. Abodunrin promotes healthy living through herbs and spices which has gained followership across the nation.

In many aroma-filled kitchens, food preparation is usually incomplete without spices. Ginger, garlic, and turmeric are some of the best-selling spices that Debo Abodunrin has cultivated for years. What he now runs as a lucrative portfolio started as a passion; a hobby, you may call it. Almost everyone has a favourite spice and for Abodunrin, it is cumin. At 20, he saw his father’s farm for the first time and fell in love with soil.

His agribusiness, TRUVAGRO, was established as a solution to the disconnect between farm produce and industrial input with a model that ensures farm produce gain easy access to industrial markets thereby deepening the value chain and enhancing sustainability for large and small-scale farmers.

Abodunrin’s products are gaining ground, worming its hearts into many homes as the demand for healthy diets has heightened the interest in assortments of spices owing to its acclaimed benefits. With the COVID-19 pandemic, culinary ad medicinal patronage for spices has soared. It’s no surprise that the former oil and gas executive and financial consultant ventured into farming specializing in herbs and spices farming on a commercial scale to keep up with demand.

Having co-founded the first telecoms consultancy firm which metamorphosed into the first family-centric Mobile Virtual Network Operator, he ventured into agro-business after conducting extensive research. Initially, Abodunrin and his team wanted fast-growing crops and then, these must be in high demand with quick turnover.

“We further realized that there were not many serious enterprise farmers in the sector which meant there was little competition. Research showed that the herbs and spices industry is a $32bn-industry with the projections to grow at 6% CAGR for the next 7 years.

“Secondly, we discovered that majority of herbs and spices are between 90-120days gestation. Next, we found out that the majority of the industrial users import almost all their input. And finally, but most importantly we found a company that was prepared to take our products if we could grow to their specifications and signed an off-take agreement with us. As soon as all these were established, we knew we had a good business on our hands and swung into action,’’ he revealed.

During the lockdown, it was difficult to transport crops from one state to another due to the interstate travel ban. Aside from the travel restrictions, Abodunrin just didn’t want to expose his farmers to COVID-19. His fears were allayed when the government deemed the agriculture sector as an essential service and free movement was granted. Still, he began to rethink the farm operations to minimize movement. A few lifestyle changes took place. Farmsteads were built for the workers and more storage facilities were constructed.

“We adopted new health and safety measures as well as Covid-19 protocols on our farms. All the above measures helped to stabilize our operations and we are grateful to God that none of our team was infected and our operations went on smoothly throughout the period. The biggest effect of the lockdown on our business was mainly the general economic slowdown which reduced demand for our products and some bottlenecks we faced in managing the logistics of finished products,’’ he explained.

What started as a retirement plan has transformed to big farmlands in Epe and Ayetoro. His education serves as an added advantage as he revolutionized the practice of agriculture using technology. With drones, he could sit in the comfort of his living room and monitor his farms on his handheld device.

“At TruvisAgro Services Limited, technology has become a critical factor for our success. We have invested massively in irrigation which enables us to farm all year round. But more important, we have adopted UAV (drones) assisted ‘precision farming’. This has been the most significant game-changer in terms of our bottom line. By using drones to monitor our farms, we are able to improve crop yield by almost 40%, save time, and reduce overall costs by 30%. The drone technology not only allows us to assess soil quality; it also helps us in mapping,’’ he added.

Young children are taught in school that earthworm is the farmer’s friend. Yet good weather, access to processing plants, and favourable laws can also bring delight to a farmer. However, it can be depressing for a farmer if the crops are rejected due to contamination.

“Product contamination with aflatoxins and other micro toxins are among the main reasons why spices and herbs are rejected at European borders and this is another area that could do with government participation. The first critical step in value addition is investing in the food safety and quality of your product end to end,’’ he said.

Many of the spices he grows contain antioxidants which help to slow down the ageing process, reduce stress, rid the body of toxins, and boost immunity. For him, spices are the surest way to healthy diets. While many spices could not survive in West Africa, Abodunrin and his team are gradually changing the narrative through technology and a passion to make a difference. As his desire to become a household name grows in Nigeria and Africa through its specialized farming of herbs and spices, Abodunrin won’t rest on his laurels.

“I am happy that we are breaking even,” Abodunrin admitted.

He added, “One of the most outstanding outcomes of the technology is our ability to successfully grow crops like fennel and sesame in the South West for the first time in history.’’