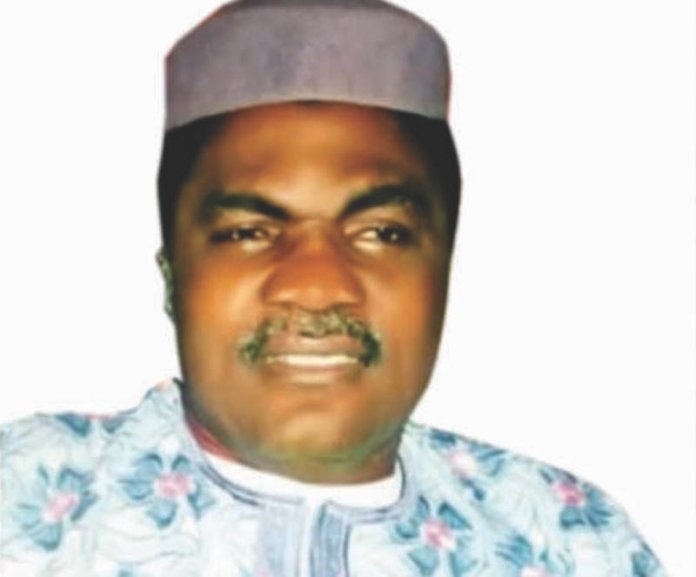 Agreat tragedy occurred in the Micah Ekpe family of Uruekwo Village Enugwu Ukwu, Anambra State in the late night of July 1, 2020. That was the period Hon. Frank Fredrick Okechukwu Ekpe breathed his last at Beluchi Hospital Enugwu Ukwu, having been admitted there two days earlier.

Born on October 10 1955, i.e. 65 years ago to the family of late Micah Okoye Ndibe Ekpe (Ezenwa), and late Mrs. Joy Onyemaechi Ekpe (Anuli), he attended Orabuike Primary School Enugwu Ukwu where he passed his First School Leaving Certificate Examination in 1970. He had earlier lost his father in 1963, and was immediately saddled with the responsibility of catering for his younger siblings.

He was soon after admitted into St. Michael’s Secondary School Nimo. At Nimo his leadership qualities were exposed as he participated actively in many extracurricular activities including Sports, especially Judo, Basket Ball and table tennis in which he won many awards. While in the senior classes in the school, he was appointed Labour Prefect. In this position, he was a strict disciplinarian and was “feared” by the students as no one would escape his punishment for wrong doing. Due to his insistence that things must be done properly, he was nicknamed ‘Stone Face Ekpe.’ His class mates at Nimo were Herbert Ikeme, Dr. Onwubuya of Crest Hospital Awka, Patrick Okpala and many others.

He left St. Michael’s in 1976, having passed the West African School Certificate Examination, and proceeded to St. Charles Teachers Training College Onitsha for his Teachers Grade II Certificate, and later Alvan Ikoku College of Education Owerri for his National Certificate in Education (NCE). His interest in education made him pursue further studies as he later enrolled in the then Anambra State University of Technology (ASUTECH) Awka, now Nnamdi Azikiwe University where he got his B.Sc Education in 1991. Okechukwu was employed as a Classroom teacher for several years (1976-1986) at Central School, Nimo; He met the love of his life, Edith Nwakaego Enenmoh within this period and they got married. Their marriage was blessed with five children (three girls and two boys). In 1984, he was elected Chairman, Nigeria Union of Teachers (Njikoka Local Area) and left office in 1990. During this period of service, he was, Headmaster (School Administrator) between the years1985-1990.

In 1990 he was made the Supervisor of Schools, Njikoka Local Government Area and served in this capacity, until 1996. Due to his resilience and his pronounced work in the promotion of education within the Local Government, he was elected the State Chairman, Nigerian Union of Teachers (N.U.T), for Anambra State Council in the 1996 and served until 1999 when he contested and won election into the Anambra State House of Assembly. He served as Chairman, Education Committee of the House until the end of their tenure in 2003. His Committee recommended the establishment of the Anambra State University Uli, now Chukwuemeka Odumegwu Ojukwu.

On leaving the House of Assembly in 2003, he had time to devote to his family and become in other activities. He was part of some professional bodies and association like the Nigerian Red Cross Society, Enugwu Ukwu Sports Club and Awka Recreation Club.
After his tenure as an honorable member, Okechukwu invested in the transportation business while being much involved with political affairs and activities. Within the period he served as an honorable member, he lost his beloved wife, Edith (Nee Enenmoh) to the cold hands of death on December 2001. He was left to cater for his five children alone without their mother.

In the year 2005, love found him again and he was re-married to an amazing wife, Tochokwu (Nee lbegbunam) who took the children as her own and groomed with him in the absence of their own mother. She became a strong supporter and help to Okechukwu and the entire family.

Hon. Okechukwu, besides his love for politics, sport, music, chatting with friends and family members. etc passionately loved the things of God. He engaged himself with several Christian activities and was a mentor to many families and individuals. He was a member of the All Christians Practical Praying Band (ACPPB) and was more active in Enugwu-Ukwu, Umuokpu and Awka Branches where he often went to worship, pray and preach on several occasions.

He was a very active member of St. Andrew’s Anglican Church Enugwu Ukwu, holding Sunday school classes sometimes and also preaching sermons during services on Sundays. As one of the pillars of the church he roofed the entire church building as his personal contribution to the work of God.
In the later part of life, he picked up a hobby which developed it into business. He became a principal agent to Champion Fixed Odds for which he opened a shop in the village. This gave him time to be close to family, friends and his community

From his life, one can easily deduce that if there was anything Okechukwu loved, it was God, family, sports, ‘politics and education. Hence during his leisure time, he loved watching sports, especially football with his family (sons) and close friends. He also derived joy in studying the Word of God, praying and mentoring people around him, especially his family. He was a very lively personality as he entertained everyone with his charisma, Stories and gusto at all times.

The finality of Hon. Okey Ekpe’s passage, through peaceful and memorable, was a painful one, especially because of his invaluable contributions which his family, Community and indeed the Nation would now have to make do without.
Our solace lies in the fact that he lived a responsible and caring life. Indeed his love for God and life on earth will continue to linger in our heart, and would always be a source of inspiration to all that knew him. Rest in peace, our great Dad.
––Israel Chukwuebuka Ekpe is one of the children of the departed.