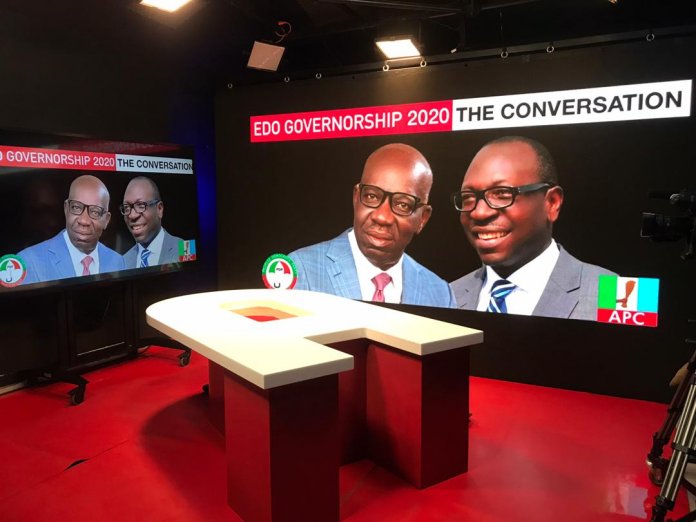 The Governorship candidate of the All Progressives Congress (APC) in this weekend’s governorship election in Edo state, Pastor Osagie Ize-Iyamu, has said that his administration will give priority to health, education and infrastructure.

Ize-Iyamu disclosed this on Wednesday while featuring on “The Conversation”, a debate programme organised for Ize-Iyamu and the candidate of the Peoples Democraic Party (PDP), Governor Godwin Obaseki, on Arise News channel, the broadcast arm of THISDAY.

He said, “We have to give priority to health, education and infrastructure. I had a debate with Obaseki sometime ago, he said his primary focus was primary healthcare and not hospitals, I had to make it clear that hospitals are where serious illnesses are treated. The Governor promise to build primary healthcare centres in 192 wards has failed. He did 22 out of 192 which is about 11 percent and that’s failure. He didn’t make any promise for secondary health institutions.”