The theme for this year’s International Youth Day is, Youth Engagement for Global Action. It seeks to identify how young people all over the world can be developed through proper engagement.

The word – Development – which in itself has a deep meaning, seems to have been wrongly used by players in the political terrain of Nigeria.

Whenever a layman hears about development, what comes to mind are constructions of new roads and flyovers, gigantic edifice around particular areas of the state and so forth.

While the aforementioned are basic infrastructural needs that should not be swerved aside by any government since it is part of their responsibilities to the citizenry, this however, shouldn’t constitute the height of what a government should give ALONE to the people.

Development in its true sense should start from the human mind, which would in turn, transform him into a gold mine personified.

Even the shimmering edifice and best constructions we see in our nation (few of which are of standard) can only be traced back to the development of the minds of a particular group of experts and professionals.

You still don’t get my assertions?

Building and harnessing creativity at its peak is meant to be the major development any government and even an individual must seek to sculpt out.

Governments must continue to seek ways through which the minds of young people can be enriched through sound education and creation of opportunities.

Except this is done, we would only continue to breed less-productive youths across the nation; the kind of youths that would be satisfied with the status quo – average minds, hooliganism, street urchins, drunkards, political praise singers and those that won’t believe in themselves attaining greatness in life (people with very low self-esteem).

In Nigeria, it is usually on rare occasions that we get blessed with leaders that think about development in its true light.

When we get some of them, it isn’t bad to be quick in blowing their trumpets, in order for him to do more for the Youth Constituency.

Prince Dapo Abiodun MFR is not a typical Nigerian Politician who loves making noise about achievements, he was not wired to brag about what he was meant to do in the first instance, as his way of redirecting the definition of development in Ogun State. He believes ‘Only empty barrels make the loudest Noise!’.

The ‘Building Our Future Together’ in Ogun state is merely kick-starting; yet, it is already taking shape and several testimonials following.

Based on Prince Dapo Abiodun’s manifestos before he became victorious during the last governorship election, his love for a society where the citizens are happy to be part of the society has been top-notch.

His concern in ensuring that youth of Ogun State are well catered for, this cannot be exaggerated, since youths of today are the next set of leaders. And any society which fails to build the youth, prepares a battle field for leadership.

In order to avoid putting the society in the state of future disarray, the governor has made dynamic efforts in empowering the youth of Ogun State.

It has been observed and accepted that unemployment breeds thuggery. Unfortunately, youths are mostly the tools of thuggery, and an old violent man was once a violent youth.

Having this at the back of his mind, the Iperu Prince has at the inception of his administration put machineries in motion in a bid to reduce unemployment in the State.

Recall the Ogun Job Portal (first of its kind in Nigeria by the government), that was launched last year August with an immediate employment of 20 graduates and registration of over 70,000 unemployed and under-employed graduates just after two weeks.

This portal with over 200,000 applicants has become a hub for employment of several youths within the state.

A visitation to the job portal confirms that a lot of companies, both public and private, have continually pitched their tents therein, showcasing vacancies of not ‘just any kind of job’ for our teeming youths. Someone with sound State of mind would agree that, without a good job that brings comfort into the family, development is not complete. Or, what would you say are the proceeds of four years plus in a tertiary institution and even acquisition of entrepreneurial skills? Good pay of course!

Even our youths with vocational skills are not left behind on the recruitment on the job portal as most skilled workers used for the roads and housing construction are recruited from the portal.

Also, at great instances where youths become sole proprietors and entrepreneurs, patronage is what gives them a nudge ahead, making joy brim in their hearts.

White collar jobs won’t suffice for our youths, as this is the aspiration of the largest percentage of youths in the country.

This special breed of a governor, with his well-tailored plan, has not only helped develop the minds of youths in the state in the field of technology – web design and development, graphic designs, coding, app-development, artificial Intelligence and many others, he has even gone forward to make them certified experts who can now stand tall and compete among their contemporaries in the country and the world generally.

Suffice to affirm that, many of our youths now stand as their own bosses as a result of this continued free exercise at the Ogun Tech Hub. With time, the hub would be located in every senatorial districts of the state, as promised by the Governor.

In one of the words of Governor Abiodun which he emphasized during his campaign that “Ogun State would feed Lagos State”? The detractors were making mockery of the statement but the unfolding events have shown that the Governor meant business!

Though, civilization has led our society into a situation whereby only the aged engage in Agriculture, and that is the major cause of food shortage in the country.

With several initiatives of Prince Dapo Abiodun through his Agriculture ministry, so many youths have been encouraged and empowered to venture into farming.

10,000 youths from the Anchors Borrowers programme have been empowered with 10,000 hectares of land and provision of seedlings, fertilizers and a produce buy-back initiative.

The produce which ranges from cassava, tomatoes, rice etc has started yielding positive results via the buyback initiative. Mind you, that’s only the first phase. So, when a man, who is not God, makes promises and stands by it till fulfilment, one should send oodles of kudos to such.

An accolade in our mother tongue is not enough to describe these giant efforts; “Gudugudu meje, yaya mefa”.

Let me endear my fellow youths who are football lovers to be on the lookout because something great is in the offing.

Mr Kunle Soname, a sport enthusiast, financier and owner of Bet9ja; Nigeria’s largest sport betting company, who was invited by the Governor to invest in the sports sector of the State, has a proposal to begin mentorship from the GRASSROOTS where the most effective and talented chaps reside and can easily get recognised.

You’d also agree that Arts and entertainment in the State have worn a new toga, seeing the encouragement the governor has been giving the youths in the industry.

Hope you have listened to the new music “Mukulumuke” by Prince Hardey Ademola? Listening to this melodious music would give more light into things examined in this article.

These are few of what the governor has done, and he shall do more for the

purposes of youth emancipation. It is just evident, that Dapo Abiodun is a lover of participatory administration and that is the reason why he is working with lot of youths as his aides. The myriad of his Special Assistants, Senior Special Assistants are Youths while few of the Special Advisers and commissioner for youth and sports are youth. This is what the State has been deprived of in the last administration.

Hence, speaking wholly and in clear terms about true development of youth, I will conclude with the words of His Excellency himself, Prince Dapo Abiodun, towards the youths “We need to engage their creative energies positively to unleash appropriate skill acquisition that would bring about sustainable development for the economy by making them net-employers of labour,”

Indeed, true development is the mother of sustainable development and the Governor has proven this by redefining youth development in the area of political appointments, agriculture, Information and Computer Technology ICT, Sports Development, Job creation, creativity and Entrepreneurship.

Happy International Youth Day 2020 to Youth in Ogun State and around the country.

Lawal is the Special Assistant to Ogun State Governor on Youth and Sports. 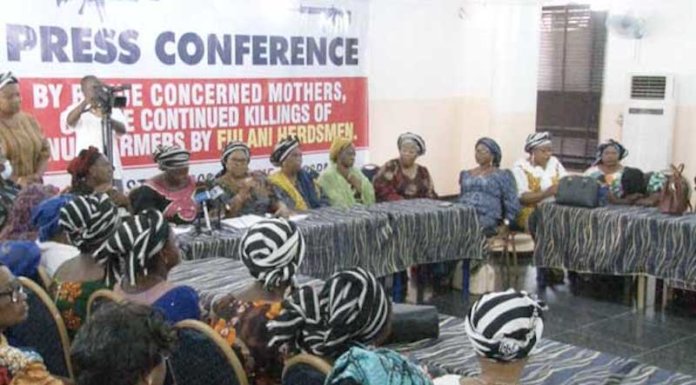