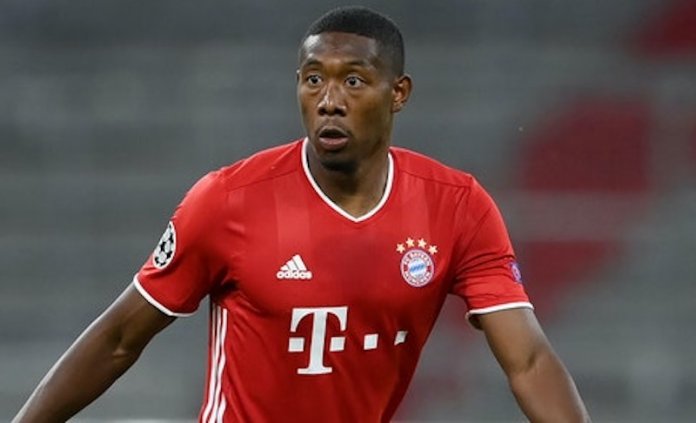 David Alaba’s entourage have reacted angrily to accusations that they are being greedy with regards to negotiations over a new contract for the defender.

The Austria international’s agent, Pini Zahavi and father, George Alaba, were attacked in the press by former Bayern Munich President Uli Hoeness over the weekend, who accused representative Pini Zahavi of being a “piranha” and not someone who should be listened to.

Furthermore, there have been claims made in the media that Alaba wishes to be made Bayern’s best-paid player, earning €25 million (£23m/$30m) per year.

George Alaba, the player’s father, is affronted by what he has come across in recent days.

“I brought David Alaba to Bayern as a teenager. Over the years, I’ve had several opportunities to transfer David to another club, but we were loyal and always chose to stay. I didn’t expect FC Bayern to be spreading dirty lies in public about salary and commission claims,” he told Sky Sport.

“Claiming that we can’t come to an agreement over a new contract due to such payments is one of those filthy allegations. All because we didn’t accept the figures they have presented to us. We have our own ideas.”

Meanwhile, Zahavi denies that he has asked for an outrageous commission payment to broker the deal.

“At no point did I talk in detail about a possible commission payment with the people in charge at Bayern,” he said.

“The only time this topic came up was when we met in Lisbon. Hasan Salihamidzic asked me how I would imagine that. I told him we should work on an agreement with the player first, but I wouldn’t ask for more than usual. I don’t want to get more than other agents who have received commission payments from Bayern.

“Again: we’ve not talked numbers yet.”

Alaba, 28, has spent his entire professional career with the Allianz Arena side, having joined them in 2008 from Austria Vienna aged only 16.

Since making his debut for the senior team in 2010, he has established himself as one of their outstanding servants, having featured on nearly 400 occasions for the first team.

If no new deal is agreed, he can leave the club next summer on a free transfer.

Odion Ighalo: What Does the New Season Hold?