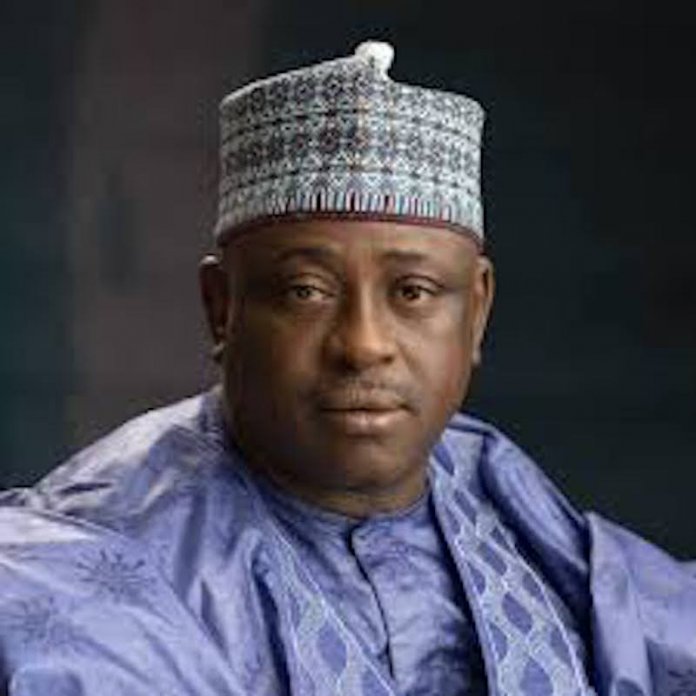 Former Secretary to the Kwara State Government(SSG) under former Governor Abubakar Bukola Saraki, Hon. AbdulGaniyu Saka Cook Olododo, has charged both elective and political holders in the country to be agents of wealth creation through empowerment of skills acquisitions to the electorate in their various chosen careers rather than doling out peanuts to them.

Olododo, who is now a lawmaker representing Ilorin east/Ilorin south Federal Constituency of the state at the House of Representatives, said such step would provide opportunity for them to be agents of wealth creation and thereby reducing poverty in the country.

He stated this in Ilorin yesterday during the distribution of various empowerment skills materials worth millions of naira to 600 indigent women in his federal constituency that have been trained in various fields of endeavours by the management of the Agricultural Rural and Management Training Institute, Ilorin, (ARMTI).

The affected beneficiaries were trained in fashion designing, catering services and Make-up outlook and they were provided with their working tools and a sum of N10,000 each for the take off of their businesses.

He said, “it is disturbing that most of our people at various levels of representations and offices do dole out peanuts to the people of their constituents as a form of dividends of democracy to them instead of creating avenues on how to teach them how to fish through skills acquisition on their chosen careers.

“The people that voted us to power deserve better attention, such as teaching them how to fish, empowering them to be gainfully employed. “This avenue would give them the chance to gain more exposures on their careers having been given working tools to work with and this will help them to be agents of wealth creation and thereby boosting their economic activities.

“I want to say that, this informed my decision to empower the 600 beneficiaries of my constituency with skills acquisitions on their various businesses like fashion designing, catering services and Make-up outlook. It also informed my decision to pick ARMTI to train these people on their various businesses and equipped them with their working tools.

“This is just the beginning of the empowerment, more are still coming before the end of this month and those that are not benefiting from this one would surely be considered in the next scheme so as to bring new lease of life to them and to reduce poverty in the society”.

The former SSG added that, “politics is about adding values to the people and this is what I know how to do. I have passed through all levels of leadership in politics, from council chairman, commissioner, Chief of Staff and SSG, I know what my people need and I will continue to be doing it so as to accelerate the socio-economic development of the constituency and the state in general”.

He therefore advised the beneficiaries to make use of the empowerment to contribute their quota towards the economic growth of the constituency and the state.

In his remark, the state Chairman of All Progressives Congress(APC) Hon.Bashr Bolarinwa lauded the lawmaker for always rising to the needs of his constituency through various programmes he had been embarking on since his election into the national assembly.

He said that, “Hon. Olododo is the only federal lawmaker in Kwara state that has identified with the people in terms of delivery of dividends of democracy since his election into the national assembly and this has continued to give the party a good image in the state.

Bolarinwa who advised other lawmakers in the state to emulate this feat said that, the four years would soon come to an end and they would give account of their representations to the people that elected them.

The chairman therefore used the occasion to call on the beneficiaries of the empowerment to make use of the chance and used it to boost their economic development so as to accelerate the economic prosperity of the state. iPad