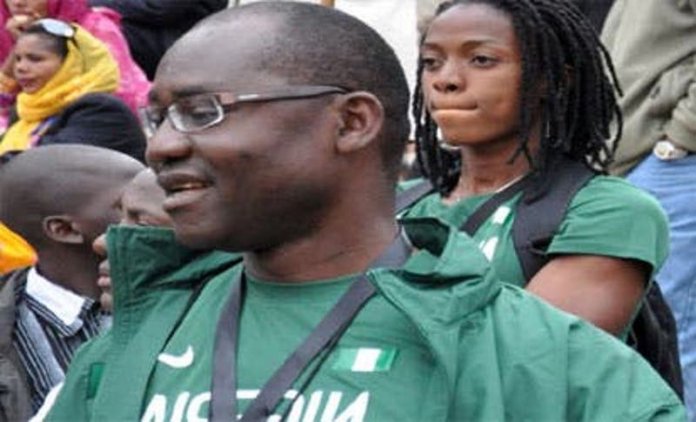 Following the public outcry over the recent demolition of structures within the National Stadium in Lagos, the Co-chairman of the Ministerial Committee on the Complex, Navy Commodore Omatseye Nesiama (rtd) has said that the exercise was done in the interest of the country.

There was general condemnation for the actions considering the current hardship occasioned by the Covid-19 pandemic.

However, Omatseye in an interview yesterday insisted that all the occupants were given notice of the demolition exercise but ignored it, thinking they will be able to make the committee stop the job of cleaning up the place.

“We gave every affected individuals proper notification which is a normal thing between landlords and tenants and in this case there was even an extension of the process so that nothing is lost aside losing rented apartments.

“It is also interesting to note that we had two categories of occupants, namely; Illegal ones with little or no case for their predicament and the legal ones operating illegally on government property.

“After engaging all of them individually and collectively last year, we had resolved that all those with evidence of legality should not renew their tenancy at the end of December last year and same thing applied to the other set who are here illegally.

“The Committee was working with a timeline to go ahead with the exercise in the first quarter of this year but Covid-19 which led to the lockdown slowed down the process and that did not mean that we will not carry out the demolition to return the stadium back to its glory.

“On a personal note, I sympathised with all those affected but it is one action that will benefit the sport sector in the long run,” explained the retired navy commodore.

The National Stadium in Surulere, Lagos has been abandoned since 2004 with virtually all aspects of the complex, including the main-bowl seats, tartan tracks, playing turf and the Media Centre in terrible state.

The state of the edify made some entrepreneurs to transform the ‘Sports City’ as its fondly referred to into business venture when numerous drink bars/joints emerged to give the 48-year old national monument a semblance of life.

It became a meeting point for business meetings during the day time and to lovers and corporate men and women, a relaxation arena in the bid to avoid rush hour traffic madness in Lagos.

All the shops under the ramps leading to the main-bowl of the complex have been demolished while offices in same areas harbouring some sports associations affiliated to government were given the boot as well.

The most affected were the owners of the major businesses like popular Ojez Restaurant which operates behind covered stand of the Swimming pool area of the stadium and Old Skool located inside the Brai Ayonote Boxing Gym.

The owners of these two businesses invested hundreds of millions of Naira into these ventures in the last couple of years.

However, the Nigeria Olympic Committee (NOC) and the Sports Writers Association of Nigeria (SWAN), Lagos Chapter buildings were spared as stakeholders in Nigeria’s sports even as they were not in the original Master Plan of the complex.

On assumption of office last year, Sports Minister, Sunday Dare made it clear that the stadium which has been abandoned for long was not constructed for businesses outside sports.

Dare insisted at the inauguration of the Ministerial Task Force that part of its terms of reference was to return the stadia in the country to the business of sports.

“Today, I inaugurated the task Force on the verification of the businesses in the National Stadium Surulere. This is a first step towards the reopening of the stadium but also meant to restore some sanity to the stadium ahead of the concession,” the minister noted.

Dare said the measure was part of the larger plan to concession the stadium via a Public-Private Partnership (PPP).

The stadium was built during the regime of General Yakubu Gowon in December of 1972 towards the hosting of the 2nd African Games the following year.

Since then, it has played host to many important events including the African Cup of Nations in 1980 and 2000, FIFA Under-20 finals in 1999, African Athletics Championship. It also hosted some events of FESTAC in 1977.