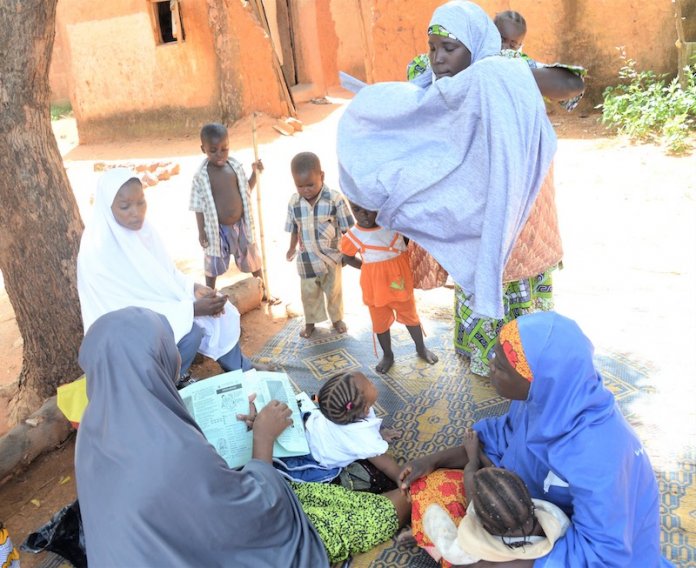 As the Africa Regional Certification Commission for polio eradication formally declared Africa free of wild Poliovirus amidst rapturous applause at a recent World Health Organisation meeting, a wind of relief blew across the continent, dispelling the gloom caused by the ravaging coronavirus pandemic. To stakeholders like the Aliko Dangote Foundation, this was a landmark welcome decision in the quest to rid Nigeria and Africa of a virulent disease, Rebecca Ejifoma writes

Nothing good comes easily, and whenever this occurs, it triggers a positive reaction. Nigeria, Africa and indeed the rest of the world have been buffeted by a remorseless plague in the form of COVID-19 since ending of December, 2019.

However, after months of gloom caused by the coronavirus pandemic, there is cause for celebration among Nigerians and Africans, after a long hard struggle to kick wild polio out of the continent.

On Wednesday, August 25, the Africa Regional Certification Commission certified the WHO African Region as wild polio-free after four years without a case.

With this historic milestone, five of the six WHO regions – representing over 90 per cent of the world’s population – are now free of the wild poliovirus, drawing closer to the ultimate goal of total polio eradication across the globe.

Nigeria, which was formerly one of the three nations where wild polio can be found, has now been removed from that infamous list by the WHO certification.

The West African nation previously accounted for more than half of all global cases less than a decade ago. Pakistan and Afghanistan are now the two countries worldwide which continue to see wild poliovirus transmission.

The president, who made the assertion at the formal certification of the Wild Polio Virus eradication in the African region during the virtual session of the 70th World Health Organisation (WHO) regional committee for Africa in the State House, Abuja, also praised Bill and Melinda Gates and Aliko Dangote for their roles and support to rid Nigeria of the polio virus.

He assured the global community that Nigeria would sustain the momentum and leverage on the lessons learnt from polio eradication to strengthen her health system, especially primary health care, and prioritise health security. He added that Nigeria used data systems, community engagement and innovative technology to monitor and predict the occurrence of polio outbreaks.

Beyond the euphoria triggered by the wild polio-free certification Chairman, Aliko Dangote Foundation and Africa’s foremost philanthropist, Aliko Dangote has urged governments across Africa, the Federal Government of Nigeria, and State governments to increase their budget allocations to the healthcare sector, to help ensure improved basic healthcare for the people.

Dangote, in his remarks at the formal certification of Wild Poliovirus Eradication in Africa, expressed deep satisfaction at the final eradication of wild polio in Nigeria, and by extension Africa after years of hard work and collaboration among stakeholders.

The renowned humanitarian, who was commended alongside Co-Chair of Bill & Melinda Gates Foundation, Bill Gates by President Muhammadu Buhari for their vital interventions in the strengthening of Routine Immunisation (RI) in Nigeria, pledged to devote more of his wealth to support the provision of adequate quality healthcare to curb maternal and child mortality.

Dangote, who played a major role through his Foundation in the eradication of Polio in Nigeria, said, “I want to commend our African leaders, especially my own President Muhammadu Buhari of Nigeria for his leadership. All levels of government have successfully come together to make this day possible.

“Ending wild polio in Africa is a giant leap forward. We have shown that if we stay clear-eyed and committed to a goal, we can get results. We must always be tenacious to get where we want to go. I know Bill understands that too. We need to apply the same mindset on public health across Africa, beginning with us here today. The onus is on us to continue this push forward, until polio in all its forms is goneforever.”

According to him, “there is no better time than now. We must be dedicated to this fight, and make thesustained investments in immunisations, medical workers, and public health that will make a difference.

“We must also make a sustained political commitment – until the job is done – that we will achieve this goal. And that we will hold ourselves accountable for the results, good or bad. I also pledge to continue helping in this fight any way I can. I believe the private sectorand government are natural partners”, he added.

He commended the efforts of the top officials of the Foundation, including the CEO, Zouera Youssoufou and Ahmed Iya for their untiring efforts in ensuring the end of polio in Nigeria, and also the various government agencies and development partners who collaborated to make the certification possible.

To enhance Routine Immunisation (RI) and eradicate polio in Nigeria, the Aliko Dangote Foundation (ADF) and the Bill & Melinda Gates Foundation (BMGF) signed a Memorandum of Understanding (MoU) with Kano State government in 2012. The tripartite accord was meant to lapse in 2015 but was extended. Kaduna state government also signed a similar agreement with both foundations in 2015.

On January 20, 2016, six Northern States signed MoUs with the Foundations as well as the United States Agency for International Development (USAID), to promote RI to eliminate the polio virus completely by the year 2017. The governors of Bauchi, Borno, Kaduna, Kano, Sokoto and Yobe States signed for their states, while Bill Gates, Aliko Dangote and US Ambassador to Nigeria, James Entwistle signed for their organisations.

The MoU, which focuses on PHC delivery, contributed to improvements in immunisation financing, community engagement and vaccine availability; to enable the six states to immunise 80 per cent of their target population with RI.

On March 22, 2018, the six state governments signed extensions of the existing MoU with ADF and BMGF in Sokoto in a bid to improve on current efforts to get Nigeria certified polio free.

The MoU extension, which is to run from 2018 through 2022, aims at providing RI to prevent common childhood diseases and ensure a polio-free environment. It also represents the states’ broader ambitions to improve primary health care (PHC).

One of the key impacts of the MoU was the greater involvement of traditional and religious rulers to help persuade resistant populations and encourage them to embrace RI to help protect their children and eradicate polio. This improved line-listing in the six states and increased response to immunisation exercises from state level all the way down to the settlement level; with better access to nomadic children and those in hard-to-reach communities.

On a spotlight trip by ADF to the six partner states of Bauchi, Borno, Kaduna, Kano, Sokoto, and Yobe, the remarkable progress made to eradicate polio in Northern Nigeria in particular and the country in general was showcased in the sharp increase in number of children presenting for RI (especially under-1 year olds) with a corresponding decline in the number of vaccine-preventable mortalities.

Other signs of progress noted during the ADF trip include: the political will and counterpart funding by the state governments; capacity building of health workers, service providers and even traditional leaders in the gathering of quality data concerning newborns and eligible children, especially in hard-to-reach communities and settlements.

Through the partnership agreements, technical support was provided to the states in terms of cold chain stores for vaccines; storage and distribution by vans to Solar Direct Drives (SDDs) in each ward in the states; stipends for community leaders and Volunteer Community Mobilisers, in order to create awareness and sensitise caregivers and their wards; training and retraining on record keeping and financial accountability, among others.

The Emergency Operations Centres in each of the six partnership states, which are the coordinating centres on polio eradication activities, also played crucial roles to complement the states’ efforts and leverage on the MoU basket funds to help end polio in Nigeria.

The six Northern States, Kano, Bauchi, Kaduna, Sokoto, Borno and Yobe, have greatly benefitted from the MoU partnership. The tripartite agreements helped to strengthen routine immunisation and also provided technical, material and financial support to the partner state governments and their relevant agencies and stakeholders; with resultant rise in RI coverage for eligible children, including those in the hard-to-reach and inaccessible communities.

The new MoU, which runs from 2018 to 2022. The agreement, which enhances both state and national efforts, has added great value to the united efforts to eliminate the virus across the six states in particular and Nigeria in general.

As Nigeria obtains final certification and polio-free status from the WHO, all hands must be on deck to ensure that no wild polio virus re-surfaces in the country. To maintain this positive tempo, vital interventions like those made by the ADF and BMGF must be sustained. Huge monies and quality technical support came from these two philanthropic organisations to boost government efforts. Government, on its own part, must ensure that the political will is sustained as promised by the president. Routine immunisation must remain a priority, backed by increased funding from all stakeholders. Then and only then can Nigeria enjoy that breath of fresh air brought by the polio-free certification.