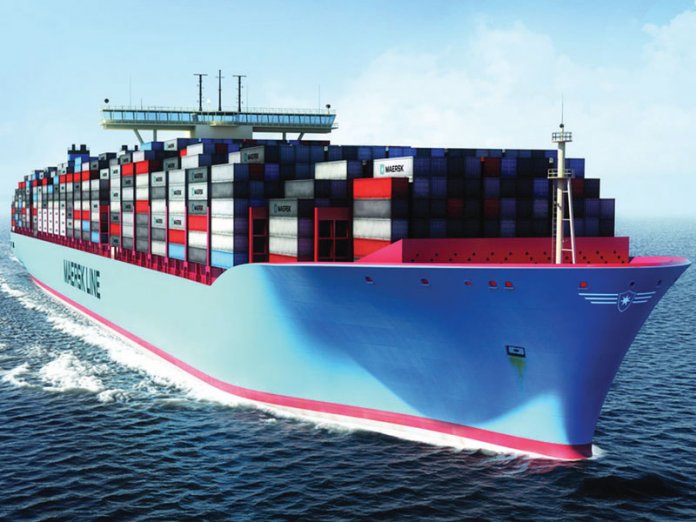 Eromosele Abiodun writes on the imposition of peak season surcharge on Nigerian-bound cargoes by shipping companies and claims by customs agents that other charges contravene Sections 20, 31 and 97 of the Customs and Excise Management Act

International shipping is a complex subject that contains many variables. Proper handling paves the way for a reliable and cost-effective management of ocean freight. That is regardless of whether an importer ships one container now and then, several per month or more than 10 per day.

Many businesses depend on viable international shipping to ensure the persistence of partnerships and clients and sustain profitability. Avoiding delays is critical to guarantee an uninterrupted operation. However, international shipments could face shipping delay charges resulting from various clearance issues. Sufficient preparation and understanding the different resulting charges in advance is key.

While it is a known fact that international shipping is intricate, the confusion in the Nigerian maritime industry over shipping companies’ charges has, over the years, raised dust with stakeholders at daggers drown as to who is right or wrong.

The problem assumed a new dimension in 2018 when customs brokers plying their trade at Lagos ports declared war on shipping companies over a N4 billion demurrage accrued from san industrial action embarked upon by truck drivers.

Truck drivers had for six days in June 2018, shunned lifting of cargoes at the ports in protest over alleged extortion by security agencies. Resulting in over N4 billion accrued as demurrages and storage charges that importers had to clear.

THISDAY investigations revealed that N668 million demurrage was incurred daily for the duration of the strike action, which translated to N4 billion.

The demurrage became a running battle between clearing agents, importers on one hand and the service providers on the other. While the clearing agents were calling for waivers over the strike period, the shipping lines and terminal operators remained indifferent. Since that crisis, the port economic regulator, the Nigerian Shippers Council (NSC), has been inundated with several petitions by clearing agents on the stifling charges by shipping lines. As if that was not enough, the shipping companies last month unanimously imposed Peak Season Surcharge (PSS) on Nigerian-bound cargoes.

The meeting followed a letter written to the European Community Shippers Association (ECSA) by the NSC on behalf of the Nigerian government describing the surcharges as economic sabotage. The 2020 PPS of between $1000 and $1,500 per twenty-foot equivalent unit (TEU) by shipping firms, is over 400 per cent increase from the previous $200 freight charge per TEU during peak period.

Speaking at the meeting, the Executive Secretary, NSC, Hassan Bello, said the charges scary, adding that if a Nigeria-bound container is charged as much as $1000, the national economy is in trouble.
He expressed worry that the surcharge was introduced at a time when the nation trying to get out of the economic impact of the COVID-19 pandemic.

The charges, Bello pointed out, would lead to spiral inflation rate on the economy; “cargoes will be abandoned at the ports; it means job losses and many shippers will be put of business,”

The charges, he stressed, are “astronomic, unjustified, not notified and discriminatory. This is against fair trade facilitation rules.”
Bello said the NSC has written to the erring firms and waiting for responses according.

He said: “We have also written to ministry of transportation to escalate it to ministry of trade and ministry of foreign affairs, and the federal government will protest the charges. We have been having surcharged in the range of $200 to $400, but 400 per cent increase and there was no time limit. Its already going to nine months it is not what any economy can cope with. This can cripple the economy.”
On her part, the Managing Director, Nigerian Ports Authority (NPA), Hadiza Bala-Usman expressed disappointment about the charges, saying that it might result to more cargoes being abandoned at the ports.

Represented by the General Manager, Tariff and Billings, NPA, Abubakar Garba Umar, she said: “If the importers are charged so high and they abandoned them in the port, NPA will lose revenue and it would reduce efficiency and turnaround of ships to Nigerian port.”
Speaking, Director-General of LCCI, Muda Yusuf, said the industries would resist the charges because this is not the best of time for businesses generally.

President, MAN, Mansur Ahmed, said the association will not accept the surcharge because it is coming at a time when manufacturers are working with less staff, less raw material and lower profit.

Represented by Olufemi Immanuel, he said: “The price of goods will skyrocket and cost of transports will be unbearable.”
Representative of NACCIMA, Margaret Orakwusi, said the surcharge would affect commerce critically.

“Our members borrowed huge money to import items and they are slammed this huge amount, then it would affect the banks too, “she said.
Also, large-scale importers such as Dangote Group and Promasidor bemoaned the arbitrary charges by shipping companies, expressing readiness to protest the charges with all mercenaries.

“It will affect our economy seriously because the Nigeria is an imports dependent economy,”he said.
President, National Association of Government Approved Freight Forwarders (NAGAFF), Increase Uche, said the PSS is unacceptable, adding that COVID-19 does not give room for acceptability of such charges.

Shippers Protest
In the same vein, the Shippers Association of Lagos State (SALS) lamented that with arbitrary introduction of excessive shipping charges in the form of PSS, will strangulate Nigerian shippers and importers.

Nicole explained that the foreign shipping lines ought to have given a notice to its customers before slamming the freight increase on Nigerian bound cargoes.

“The foreign shipping lines were supposed to give a notice to shippers because we are trade partners, but they didn’t. They just slammed the PSS charge on our consignment coming to Nigeria.

“We don’t know how the foreign shipping lines arrived at $1,025 PSS surcharges for 20feet and 40feet containers coming to Nigeria, but why is it only on cargoes destined for Nigerian ports? Obviously, Nigeria is the target.

“The shipping lines claim they spend 50 days waiting to berth at Nigerian ports due to delays, and that they pay $2000 daily while waiting, but why are they bringing in PSS now in this Covid-19 ravaged period?

“It is time for the Ministry of finance to make a statement on this because this action is killing our ports slowly. The Union of African Shippers Council (UASC) has already issued a statement on this, and it is being escalated,” he said.

He added: “The foreign shipping lines ought to be happy that they have cargoes to move because the freight charges should be enough for them. We are in a pandemic period, this is not the right time to introduce new and excessive charges. Everybody is giving concession that lures people to come and do business in this pandemic period, so why are the shipping lines trying to kill business at this time?
“We are not against the shipping lines because we are trade partners with them. However, with the PSS introduction, we feel they are strangulating us. Don’t forget the border closure is still there. Why introduce PSS now in this Covid-19 rattled economy?”

Maersk Suspends PSS
Following protest by the NSC and the OPS over the indiscriminate charges slammed on Nigerian-bound cargoes, one of the multinational shipping firm Maersk Line has suspended the surcharge.

In a letter addressed to the Executive Secretary/CEO of Nigerian Shippers’ Council (NSC),signed by the Managing Director Maersk Nigeria, Lara Lana, the company instructed its commercial department to stop applying the peak season surcharge from September 1, 2020.
Maersk in the letter stated that: “Our principals in our Head Office have informed us of your letter with subject reference increase in peak season surcharge. We would like to thank you for the supporting document you shared shedding light on the meeting between the ECSA and UASC.”

However, other major shipping firms such as Cosco, MSC, CMA CGM, Hapag Lloyd and Evergreen shipping are yet to announce their decision on the matter.

Customs Excise Act
Apart from demurrages and other charges, customs agents have had a running battle with shipping companies and terminal operators over storage charges.

For instance, in a petition addressed to Vice President Yemi Osinbajo, recently, customs agents alleged that the shipping companies and terminal operators’ charges on storage contravene Sections 20, 31 and 97 of the Customs and Excise Management Act that limit the days for rent charges and conferred authority to Nigeria Custom to charge rent after specific days by the board.

The agents in the petition signed by National President of the National Council of Managing Directors of Licensed Customs Agents (NCMDLCA), Lucky Amiwero, stated that duplication of charges such as terminal delivery charges/ terminal handling charges, deposit repayment delays and process procedure that lack regulation of the economic interest in the port.

They stressed that there is the need for the federal government to intervene to address the cost of doing business by a total review of the procedure, process and cost in the ease of doing business.

The Presidential Enabling Business Environment Council (PBBEC), they added, should urgently address the following short falls, which is militating against our import and export trade that resulted to massive diversion of goods to neighbouring ports.

Also, the agents called on the federal government to use part of the seven per cent port development levy for the development of port access roads, trailer parks.

“The condition of the Tincan Island Port Axis of Apapa Oshodi express road leading to the ports is a death trap, big potholes and gridlocks resulting in loss of lives and continued destruction of loaded goods that always fall on cars, trailers and sometime persons,” he said.

“It is a complete setback to trading across borders (TAB) for ease of doing business on trucks that spend weeks to access and exit the ports which result to delay and rejection on most of the fragile export products in international market and high cost in import clearance.
“The Nigeria Ports Authority (NPA) is no more in port operation, the percentage collected from the seven per cent Port Development Levy should be used for the development of the trailer parks and port access roads,” he said.