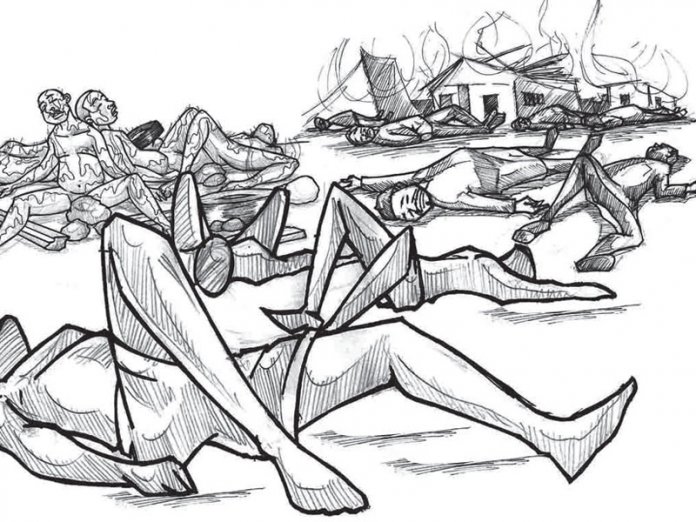 Government could do more to protect the people

The spate of attacks on rural communities in Northwest Nigeria has gradually brought the average citizen to the Hobbesian state where life has become nasty, brutish, and short. Or how else can one explain the fact that gunmen have killed no fewer than 1,126 people in the northern part of the country in the first half of this year, according to the latest Amnesty International report? That the various security agencies usually arrive scenes of attacks only after the damage had been done has only heightened the sense of foreboding. Meanwhile, the inability to bring attackers to justice, according to Amnesty International, only helps to fuel dangerous conspiracy theories that escalate the violence. “The government has an obligation to protect its population. The rising death toll in the north of Nigeria shows just how badly the authorities are failing in this responsibility.”

The failure to protect the people is put squarely at the doorsteps of the federal government that has lost the capacity to rein in sundry cartels of gunmen who now terrorise rural areas, particularly in the North. “The Nigerian authorities have left rural communities at the mercy of rampaging gunmen”, said a report on the first six months in 2020 ending in June. “Terrifying attacks on rural communities in the north of Nigeria have been going on for years,” said Osai Ojigho, director of Amnesty International Nigeria. “The ongoing failure of security forces to take sufficient steps to protect villagers from these predictable attacks is utterly shameful,” he added.

To make matters worse, where members of these marauding gangs are arrested, the impunity in the justice system works to set them free. This gives the impression of a conspiratorial nexus between the invaders and rogue operatives within the security agencies, alluded to by Amnesty International. For most of these cases, that the perpetrators have never been brought to justice leaves rural communities feeling completely abandoned to their fate. The impact on their means of livelihood compounds the situation. Since it is impossible to carry out farming activities under an insecure environment, it is also no surprise that domestic agricultural production has been stifled while access to regional markets remain blocked.

Forced to flee their communities, many of these people are now being further traumatised to learn that their tormentors are considered more important than them. For many Nigerians, particularly those in the North-east, life has never been so brutal. With the maimed, the orphans, the widows, widowers and the tides of refugees in IDPs camps practically left to their own devices, the preoccupation with making some killers happy is not lost on them. Last week, inmates of Kuchingworo and Durumi camps in the Federal Capital Territory, Abuja threatened to join Boko Haram should federal government continue to romance with repentant terrorists and ignore their victims. This is against the recent revelation that 603 ‘repentant’ Boko Haram insurgents who had completed the de-radicalisation programme would be reintegrated into the communities. With the federal government expending huge resources on these insurgents, their victims who have been condemned to the IDP camps now wonder whether their lot would not be better if they also carry arms. It is criminal to ignore these most vulnerable citizens and then begin to pamper those who put them in the situation they are in.

The first duty of any government is that of protecting the society from violence and invasion of their privacy by others, while the second duty is the protection, as far as possible, of every member of the society from injustice or oppression. When a government loses the capacity for both, anarchy beckons.