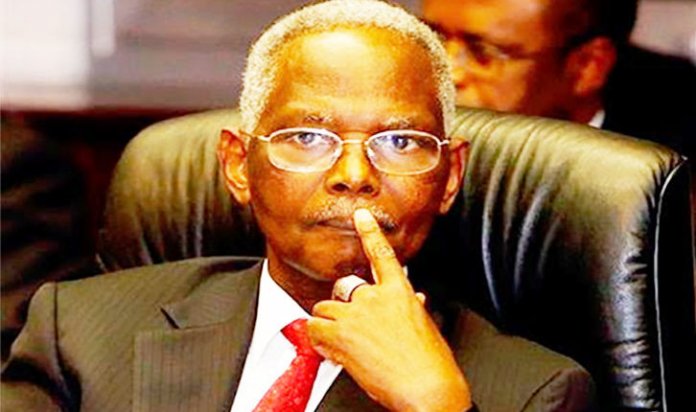 The family of the former Minister of Petroleum, the late Dr. Rilwanu Lukman, has denied claims that their late patriarch approved the controversial gas supply processing agreement with Process and Industrial Developments Limited (P&ID) for personal gain.

Lukman’s daughter, Ramatu Lukman, who wrote on behalf of the family, according to Premium Times, demanded an apology from the Attorney-General of the Federation and Minister of Justice, Mr. Abubakar Malami (SAN), who testified before a British court over the botched gas supply contract that resulted in the recent $9.6 billion arbitral award against Nigeria by a UK court.

“It is despicable that you have engaged your witness statements to call into question our father’s integrity, years after his passing, on what appears to be only an ill-founded and opportunistic suspicion,” Ms Lukman wrote in her letter to Malami.

She further said Malami made “false accusations of reprehensible criminal conduct” because “our father cannot defend himself.”

“Please convey a second to think about what you’ve done to the Rilwanu Lukman’s family; you owe us an apology. If this is something you think you are not up to then I am sorry to remind you of the divine curse and the anger of Allah (S.W.T.) against liars mentioned in SURAH AZZUMAR 39:3:

“Surely Allah will judge between them in that wherein they differ. But Allah guide not such as are false and ungrateful.”

Lukman was petroleum minister under the late President Musa Yar’Adua. He died in 2014 after battling cancer.

In what he termed a “witness statement,” Malami cited an EFCC affidavit before the Business and Property Courts of England and the Wales, alleging that Lukman ordered his aide, Mr. Taofiq Tijani, to “deliberately overlook” P&ID’s shortcomings and push the deal through.

The affidavit said to have been cited by Malami before the court further said Tijani told EFCC investigators that Lukman instructed him to contract with P&ID even though it was a sole-purpose company that had no track record in the oil and gas sector.

As a result, EFCC determined that Lukman broke the law by signing the P&ID contract, and that he lacked authority to approve the deal and did no due diligence on the company, which lacked legally required approvals relevant procurement agencies.

Though Lukman was then minister of petroleum, then minister of state, Mr. Odein Ajumogobia (SAN), was responsible for all gas deals. But he said he was not consulted and had no knowledge of the deal.

But the family of Lukman rejected all allegations of wrongdoing against the late oil minister, who was a two-time OPEC secretary-general.

Ms Lukman, who signed the letter also said Lukman accepted the ministerial job despite his ill-health, and as a two-time OPEC secretary-general, “he did not need to line his pockets.”

“Having regard to his principles and standing locally and internationally, we are certain our father would never take or instigate any bribe, or exercise any discretion given to him in the GSPA for his benefit,” the letter read.

“We, thus, state in the strongest terms that the claims made against our father by you are false, disreputable, speculative, and an example of unprofessional and destructive conduct aimed at damaging the memory and public reputation of a diligent public servant with an unblemished international reputation as a two termed OPEC Secretary-General who spent some of his final years whilst battling cancer, serving the Nigerian people as the Minister of Petroleum Resources.

“While we remain dedicated to transparency in public office, the public has a right to know that our father, Rilwanu Lukman was an honest. principled man who tried to do his best for the Nigerian people and certain that he was not involved in any corrupt dealings. It is unfortunate when public officer’s resort to personal and unfounded attacks on people whom they know for reasons of death cannot defend themselves against such distortions and misinformation.”