By Chuks Okocha in Abuja and Ibrahim Oyewale in Lokoja

A former Vice President of Nigeria, Atiku Abubakar yesterday commiserated with the government and people of Kogi State on the death of its foremost traditional ruler, the Attah of Igala, Dr. Idakwo Michael Ameh, Oboni II.

The state government yesterday officially announced the demise of the Chairman of Kogi State Traditional Council and Attah Igala, who died in an Abuja Hospital.

He died on Thursday at the age of 72, after brief illness.

Until he ascended the throne of ancestors as Attah Igala in 2013, Oboni was a retired Deputy Director at the Federal Ministry of Housing in Abuja .

In a statement signed by the Kogi State Commissioner for Information and Communication Strategy, Mr. Kingsley Fanwo, the state government said it regretted to announce the passing away of the first- class traditional ruler.

“It is with absolute submission to the divine will that the Kogi State Government announces that the Chairman of the Kogi State Council of Traditional Rulers and the Attah of Igala, His Royal Majesty, Michael Idakwo Ameh Oboni II has passed on to the great beyond. In line with royal Igala tradition, the Palace has made it known that the Royal Father joined his ancestors on August 27, 2020.

“The late Attah of Igala was a great man indeed, and often ahead of his time and institution in thinking and action. He ruled with great courage and the fear of God. He was fiercely loyal to his people throughout his lifetime and used the revered throne of the ancient Igala Kingdom to foster friendships and partnerships for his domain and for Kogi State.

“His Royal Majesty’s most enduring legacy will include his avid support, as Chairman of the Kogi State Council of Traditional Rulers, for this administration’s signature initiative to replace competition and rivalry with cooperation and integration as the basis of engagement amongst the diverse ethnic nationalities in Kogi State.

Meanwhile, Atiku in a statement by his media adviser, Mr. Paul Ibe said that the late Attah, until his death was a man of peace and a generous man who cared much for the peace and unity of the diverse ethnic groups that make up Kogi State.

The Wazirin Adamawa said that the late Attah worked very hard as a key mobiliser of the people for community and development projects, which has changed the profile and appearance of the State.

The former Vice President said further that the late Attah Igala was a nationalist, who believed in one Nigeria and manifested this in his wise counsel at the state and federal levels.

He urged the government and people of the state to take solace in the fact that the late monarch lived an exemplary life and gave his best to the state and the country at large. 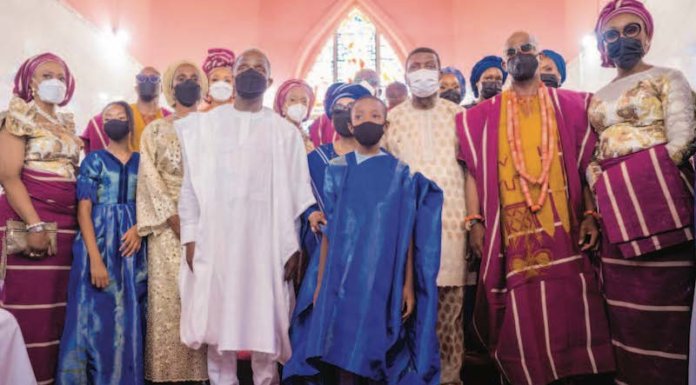