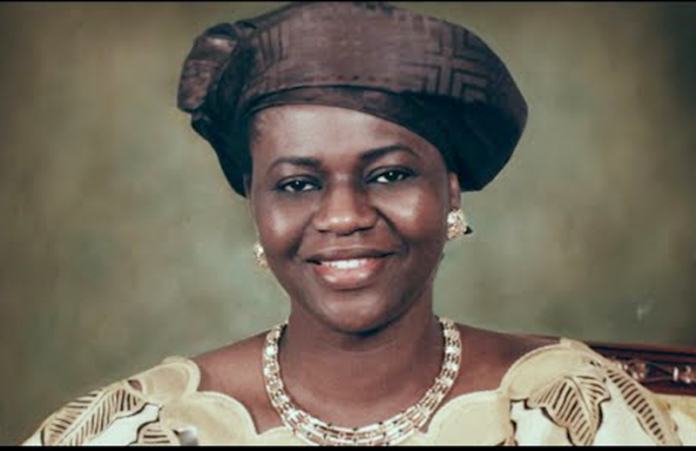 THE ALTERNATIVE By Reno Omokri

The article from penultimate week’s The Economic magazine, titled ‘Nigeria’s demand for fancy wigs fuels a global trade’, reveals our shallowness in Nigeria. If you have not read it, I urge you to read it. It may shock you to know the extent to which the world is acutely aware of the growing cultural rejection of our Nigerian heritage by contemporary Nigerian society.

It starts with this line ‘Hair from EVERYWHERE adorns Nigerian heads‪’. The writer describes how Nigerians “grovel” (their exact words) over “long, straight hair”.‬
We spend more money on human hair than we spend on books. Looks matter to us more than knowledge. According to Reuters, in 2014, Africa spent $6 billion on human hair. And they say we are poor.

Sadly, as The Economist investigative report shows, what we import as ‘human hair’ in Africa is not always human hair. It is often a synthesis of human and animal hair. A lot of it is untreated and unhealthy and is causing various types of hair and scalp issues.
Obviously, African women need role models that demonstrate to them that there is nothing wrong with looking African from head to toe.

No matter what you want to say about Maryam Babangida, she was the epitome of Nigerian beauty. Always in her natural hair. Always in local fabrics (spectacularly tailored to achieve breathtaking results). Black, unbleached and beautiful! With poise, panache and confidence. No First Lady before or after her was her equal!

And it is not just that Maryam was beautiful and had poise; she was also intelligent. The Better Life for Rural Women was the first and best of all the First Lady intervention projects in Nigeria, again, bar none!

It was futuristic. It was meaningful. It was grassroots focused. It made sense. It was not vain. Maryam Babangida understood the impact of empowering women. When you empower a woman, you empower the community.
And even in my own family, I have personally seen the impact of empowering women.
When my father was ill, my oldest sister left her job to stay with him. My next oldest sister left her business to work shifts with her. My next oldest sister simply moved in with my parents as a live-in carer.

None of us boys left our business or work. Yet African men foolishly complain when they have only girls? Rather than complain, such men should realise that they have hit the jackpot! Each of their daughters is worth three sons!

Having a daughter prolongs your life. She will not get into as much trouble as your sons. She is less likely to be disobedient. When she leaves your house, she will remember you. If you are too old to live alone, she will move you into her home, marital or not. African men should thank God when they have daughters!

And if that daughter is anything like Maryam, then you have not only hit the jackpot, you have won the lottery itself.
Almost all the so-called pet projects that came after her (but not all), were vain attempts to replicate what Maryam Babangida started. And for all the media exaggerations of the faults of Nigeria’s first family from August 1985 to August 1993, in hindsight, the team of Maryam and Ibrahim Babangida were not as bad as the media portrayed them to be.
Together, they were charming. The exuded more warmth than strength. They were both personable personalities and, but for the annulment of June 12, 1993, they had set Nigeria on a course of steady progress.

But, the thing I most celebrate about them is that they were unapologetically Nigerian. Much like his wife, no other Nigerian leader made it a point of duty to wear Nigerian outfits from all over Nigeria.

I remember that when out of uniform, General Babangida, as President would sometimes were a Yoruba style agbada, sewn in aso-oke like material, which, along with his middle name, Badamasi, gave rise to the urban legend that he is a Yoruba man passing himself off as a Northerner (he is not).

I recall watching General Babangida as military President, attending the Nigerian Music Awards, and even presenting one of the awards.
It matters what leaders do because followers tend to copy their leaders. Africa needs leaders who believe in themselves and their people. We do not need leaders who feel inferior to Western and increasingly, Chinese leaders. We need leaders who epitomise the African idyll, in their appearance, demeanour and outlook.

Too much money leaves Africa to Europe and Asia to buy bleaching creams, human hair, champagne, and other products that are a complete waste of our scarce resources.
I remember once watching a comedy in the late 90s with a scene where the main character walked into a room and asked the occupants if they had seen a Black woman with blonde hair. Those in the room looked at him as though he were bonkers.

Alas, today, if that man asked the same question, those in the room would answer ‘we have seen many Black women with blonde hairs today. Can you be more specific’?