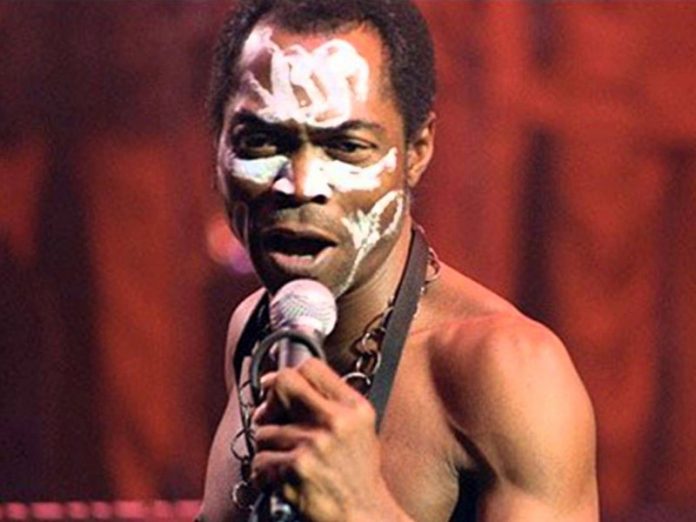 Today, we conclude our self-appointed missionary expedition of probable “legacies” of inimitable political musician-critic, Fela Anikulapo Kuti, who left us 23 years ago, without a thunder to strike at our thieving and reckless so-called leaders in diverse shapes and fields.

So, here are the main “contenders” to the admittedly dreadful but ultimately glorious stool of Nigeria’s chief mourner of our collective devastation, and the unrepentant advocate of the threatened majority.

LAGBAJA: The stoic gentleman behind the mystery has the education, the exposure, the sensitivity, the technique and the expertise of his chosen music form. However, he is tragically decimated by his own quaint style and the ambivalence of his ideology.

Lagbaja uses the idiom and idiosyncrasies of the African masquerade to enunciate his politically correct positions on the side of the common man. He exploits his “facelessness” to vent the spleen and frustration of his contemporaries on their oppressors. Good, so far as vision goes.

What is more: he also uses the authentic contraband, the irrepressible vigilante, the political music form, AFROBEAT, as his vehicle. Very good, indeed. But the attractive, suspense-loving mystique of his performance and public image seriously reduces the potential of his impact – contrary, perhaps, to his initial projection. The FELA in LAGBAJA is only imaginary, just as his commonality is ironically deprived and reduced by the aloofness of his luminous image.

Therefore, his focus and representations cannot go beyond the inadequacies of the middle-class (usually, the sop easily deployed by the oppressor-class). And perhaps the peripheral idolization of the poor and the needy. The danger is dear: there is a strong probability that the poor and helpless (FELA’s centre of creativity) will remain alien to Lagbaja and his music; and the oppressive leadership (Fela’s centre of malcontent) blissfully unscathed by Lagbaja’s soliloquies. In fact, during the immediate decade after Fela’s demise, this same irresponsible class, and their sops, were noticeably enchanted by Lagbaja’s mastery and mystery, without their consciences seared as they revelled and raved about the “antics” of the tall masked entertainer. Paradox!

FEMI ANIKULAPO-KUTI: Here, before we go too far, it will be instructive to quickly dispense with all the actors having biological affiliations with Anikulapo-Kuti. Kunle, Shalewa, Motunrayo, do not have any known or suspected affinity to music production of any kind – apart from Shalewa’s reported attraction to the saxophone. Yeni, and Sola (late) were addicted devotees of the dance milieu – gyrating and pivoting wildly and expertly to the beats of their brother, Femi’s music. Their part in the growth of Femi’s band, The Positive Force, is indelible; however our purview is not on the dance, but the soul of Afrobeat – as breathed by the creator, FELA.

Seun was a 10-year veteran of the stage in 1997, chanting and ranting on the same bill with FELA. Seun’s only visa to such incredible opportunity is not a precocious talent – he is simply FELA’s last known son. It is very apparent, beyond the flippancy of showmanship and the excitement of a tiny FELA, bold for his age (4-6 yrs) to amuse thousands of FELA’s adult fans. Some, in indulgent admiration, hailed him as the ‘born-again’ FELA!

This is what I wrote when Seun was 14: “… when the blanket is coolly thrown off, Seun is still a beginner; his teeth still milky; his future still uncertain – let him concentrate on acquiring education (whichever will develop his mind and consciousness); concentrate on acquiring experience and expertise on as many instruments as possible (Fela controlled at least five); learn to read and write songs in notations (only FELA and Baba Ani – his friend and band leader of 32 years – could read and transliterate Afrobeat music in Egypt ‘80, Fela’s band!).

Seun’s rise, if unchecked by caring and visionary hands, will turn to an excrescence on the glorious heritage of FELA – a parody, a misnomer, a moniker of doubtful pedigree. In another 14 years, we shall be able to inform ourselves if Seun has crossed the river or he is still wallowing in confusion and disillusionment.”

Well, here is the first decade report: Though he was only able, as a bellicose 24 years old (even younger than Fela), to debut with Think Africa, a brisk listening shows promise in its arrangements, backed by the vastly experienced Egypt 80 band… the vocals betray his youthful aggression, and the lyrics facile. Albeit, the promise keeps growing…the aggression more controlled…the lyrics and vocals more nuanced…(see Rise, 2011). Yet, there are few miles to cross…in the context of lyrical connection with the people… to be anywhere near his illustrious father’s pedigree.

Now, to Femi. He has the music, the energy, the resilience and exposure FELA was secretly proud of. For at a similar age (27) when Femi became a band leader, FELA turned tail when he confronted the biggest challenge in his fledgling career – Geraldo Pino (I saw the former Sierra-Leonean star at FELA’s graveside). When Pino was on centre-stage, the world revolved around him and his pompous pop music: FELA was stifled, disenchanted and frustrated. He had to run to Ghana!

However, when FELA was in his full glory, several times more illustrious and magnificent than Pino, the strapping young fella, Femi Kuti began his solo career in 1986 – the year of the great Teacher, Don’t Teach Me Nonsense. Yet, the young man struggled through the maze of FELA’s greatness: disadvantaged by his greatest advantage – being genetically linked to FELA.

He made the most vital, dangerous decision to plant a distinct tree in the garden of Afrobeat, whose swashbuckling owner was alive and flourishing.

Femi wobbled with No Cause For Alarm (1989); sulked with Mind Your Own Business (1991) and matured with Plenty Nonsense (1995). His naive insistence and wishful desire to sound and act differently from FELA produced harried, fast-tempo music with messages cascading in staccato exuberance. Of course, the ideological and compositional depth was suspect, if not gallantly submissive.

Mercifully, his music later took up some character, depth and focus with Plenty Nonsense – even the tempo of his music simmers into the fringes of profundity. It is obvious that Femi Kuti is on a sure path – 20 years after FELA gave him the gifts of a piano and sax.

But the issue under review is the soul of Afrobeat, the entire kaleidoscope of the “African classical music”; the militant, political, ideological and spiritual elements of Africa’s most internationalized indigenous music form. Without mincing words, there is no evidence that Femi has attained even the semblance of any one of these elements.

Of course, Plenty Nonsense is perhaps too meagre to represent the yardstick with which to judge Femi (within the confines of the first Post-FELA decade). It is also gladdening that in spite of the presence of Fela, an album of such promise and velocity as Plenty Nonsense was produced by Femi.

Now, with the death of FELA, old flakes that had been lost to the subconscious will now escape, catapulting him into sublime height. With Why, Plenty Non-sense, Frustration of a Young Man, Stubborn Problems, etc., Femi has only scratched the surface; and until he realises that what he is running away from, will be the cornerstone of his greatness, he may continue to pant after European tours, to survive.

Until he realises that an improvement on Wonder Wonder is to bury himself in FELA’s apotheosis; to envelop himself with the huge regalia of Fela’s mighty masquerade’s paraphernalia… until unashamedly and with serious attention to his inner will, he soaks up the aura and airs of FELA, reinventing the music with his own embroidery and energy… re-ascertaining the puritan essence of FELA’s ideology; and maintaining an unshaken belief in his own roots and talent… until he assumes all these ethos and responsibilities, and stamps his manhood and sensibilities on the offensive depression and oppression surrounding him…until then, he may remain a side-event, a mirage, a short dream. And Afrobeat, a fad, a glow light dimmed by death and forsaken by posterity. Sorry Nigerians…your messiah is dead…and his offsprings seemingly crippled by circumstances.

Final prayer: May we be permitted the grace and space to endure a third missionary expedition, in not too distant a time, when the subsequent decade, post-Fela (2008 – 2018) will be clinically conducted. Perhaps…. 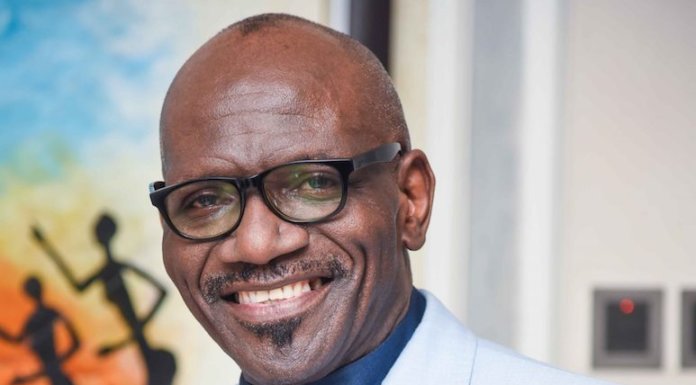