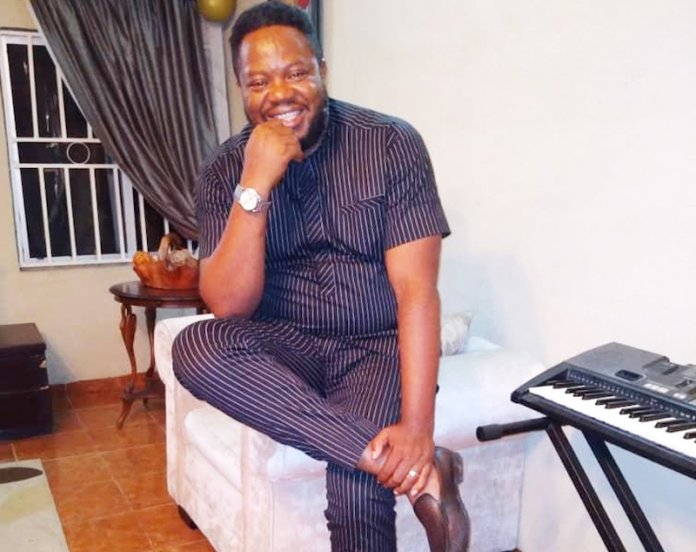 The beautiful story of Nollywood won’t be complete without mentioning Chris Iheuwa. Chris has journeyed with Nollywood from cradle to where the industry stands now. Chris began his acting career with Village Headmaster series. He went on to feature in blockbuster movies such as Rattle Snake in 1995, Phone Swap in 2012 and Joba in 2019, among others. Having made a mark in English Nollywood segment, he is now making a statement in Yoruba movies genre. Chris recently clocked fifty. In this interview with Chinedu Ibeabuchi, he shares his sojourn

How did your acting story start?

I was bitten by the acting bug when I witnessed with my parents some stage plays during the FESTAC ‘77 festival at the National Arts Theatre, Iganmu in Lagos. I went on to participate in various stage plays including Ovonramwen Nogbaisi, Arrow of God, The Lion and the Jewel, The Gods Are Not to Blame and several other stage plays at the National Arts Theatre and other stage venues across Nigeria. My TV initiation started with roles in The New Dawn Club, Glimpses, Ripples, Checkmate, The Third Eye, and The Village Headmaster where I played alongside Dejumo Lewis, late Elsie Olushola, Jimmy Johnson, Joe Layode and a host of others. I also featured in Amaka Igwe’s Rattlesnake where I played the multi lingual crook Bala, a member of the notorious Armadas robbery gang and Fuji House of Commotion as Taiye Fuji and later as the Assistant Director.

Incidentally, it was on the set of Fuji House of Commotion that I got the role of Nkem in my first Yoruba movie, Temi Ni Nkem, alongside Bukky Wright, Segun Arinze, Ngozi Nwosu and Ejike Asiegbu.

I have featured in several other Yoruba movies and even directed three till date – Ipade in 2019, Magun a short film in early 2020 and recently The End Game.

It’s not common to see Igbo Nollywood veterans spreading their wings to Yoruba movie industry. What’s the inspiration behind this?

I grew up in Lagos and Oyo States – Ibadan and Orile Iganmu respectively – and this has afforded me the opportunity to speak and write the Yoruba language. Also, I was able to familiarise myself with the culture and tradition of the western part of Nigeria. Somehow this makes me feel like I am part of this terrain.

Would you say you are accomplished?

You recently celebrated your 50th birthday. What are you most grateful for?

Life, family and being able to shift from a profession to another almost seamlessly. There are mates who aren’t alive and juniors who have left but here we are. Should I say thank God!

If given the opportunity to turn back the hands of time, what would you do differently?

Afforded the opportunity of a second chance at life, I would probably do some things differently. However, since I am alive, I give thanks and appreciate the opportunity to look at the present state and make the best of today so that I don’t say in 20 years’ time, I wish I did this or did that

At 50, are you living your dreams? Or you are enjoying a dream you stumble into?

Definitely the dream. I studied Theatre Arts from Diploma to Masters and presently practising what I read. What else can I say?

Having come this far, what future do you see for Nollywood?

The future is bright. From NTA to pay-tv, to Amazon and now NETFLIX.Opportunities are bound here and there. But only the folks with quality and professionalism will have their boats sail or else be anchored at the harbour. Jobs are created every day and even the veterans are being rejuvenated and rediscovered daily. We recently had a stage performance of Village Headmaster. All the veterans who are alive graced the stage commemorating the 50th anniversary of the creation of The Village Headmaster. These veterans even outshone some younger ones. So, basically, we can never run out of talents both as cast and crew and, this would surely enhance the quality of the Nollywood industry.

Thus far, what’s the highpoint of your career?

This may sound funny but there’s non for now. There is plenty of time maybe in a few years’ time when we probably have another chat, we will discuss high points, but if there’s any, it’s the fact that I am alive.

Tell us about your beautiful family

Hahahaha, my brigade of guards. I have a lovely wife who’s a banker. Together we have five beautiful kids – three boys and two girls. The last two are a set of twins. All the kids one time or the other have either been on stage or acted in a movie or two.

As a veteran, what worries you most in the way things are done in today’s Nollywood.

Mediocrity. Some people are still stuck in their ancient ways, cliques and cabals. Believe it or not, it exists. You also have people who believe that they are holier than the pope or more up there than Steven Spielberg or Anthony Fuqua or some Hollywood big shot. Maybe it has a lot to do with age or signs of the time, but it would be easier to get a Tade Ogidan or an Ngozi Nwosu or even an Olu Jacobs to sit and chat with you than it would be for the younger ones today.

Chris is a much wiser person, more mature and tolerating. Over the years, I have learnt to manage my emotions and expectations. Stuff I used to do before I do no more, but there are three things I need to do or start doing or do better which are: Learn to swim better, take more risks and read the bible more often.