The Peoples Democratic Party (PDP) yesterday berated President Muhammadu Buhari over alleged attempts by his handlers to cover the failures of his administration by rolling out another round of ‘empty promises and blank agenda’ to members of the international community.

But the All Progressives Congress (APC) has insisted that the country is on the right trajectory of growth and development under Buhari’s government.

However, PDP has described as tragic that President Buhari, “who can no longer face Nigerians due to his unfulfilled promises, now seeks a face-saving measure of presenting yet a fresh list of vacuous agenda to foreign envoys, who are already aware of the failures of his government.”

According to a statement issued by the National Publicity Secretary of the PDP, Kola Ologbondiyan, “It is embarrassing that after five years in office, President Buhari is still in campaign mood, reeling out empty promises at a time other world leaders are showcasing their achievements, a development that further confirms that his administration has nothing to show in the last five years.

“The world needd not be reminded that the president and his party, the APC, packaged a litany of false promises with which they swayed Nigerians in 2015, only to renege on assumption of office.”

The PDP explained that President Buhari and the APC had promised to pay N5, 000 monthly allowance to indigent Nigerians; provide massive employment, free houses; monthly allowances to discharged Corps Members; reduction in price of fuel; revamp the refineries; bring the dollar to the same value as the naira, and other bogus promises “which have today become streams of mirage.”

On assumption of office, the spokesman of the PDP said that President Buhari reduced the litany of promises to three cardinal undertakings of ending insurgency and insecurity, fighting corruption, and improving on the economy.

However, the PDP said it is no longer news that President Buhari has failed in all the three undertakings to Nigerians.

Meanwhile, the APC has said the country is on the right trajectory of growth and development under Buhari’s government.

The Deputy National Publicity Secretary of the APC, Mr. Yekini Nabena, in a statement issued yesterday, said Buhari has listed nine people-focused priority areas that his administration would focus on in its remaining time in office.

He stressed that the party would join well-meaning Nigerians in supporting and ensuring the achievements of Buhari’s priority areas, which he said would see among others, improved access to quality education, affordable health care, enhanced productivity, a thriving and sustainable economy, enhanced social inclusion and poverty reduction; enlarged agricultural output, energy sufficiency in power and petroleum products; expanded transport and other infrastructural development, business growth, entrepreneurship and industrialisation; fight against corruption; improved governance, social cohesion and improved security for all.

Nabena said: “However, the failed PDP chooses to dwell on its ignominious past and practices where voodoo economics, abandoned projects, institutionalised corruption among other frauds were the order of the day.

“At this point, it will be a complete waste of time joining issues with the PDP, which failed as a government and has become shockingly rudderless as a supposed opposition party. One thing is clear; we are reminded why the PDP should never be allowed to direct the country’s affairs again.” 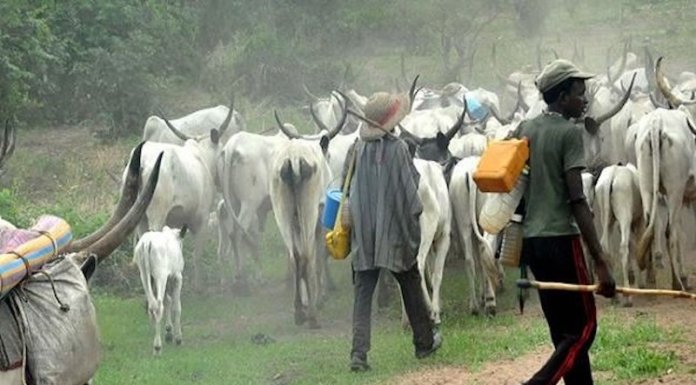