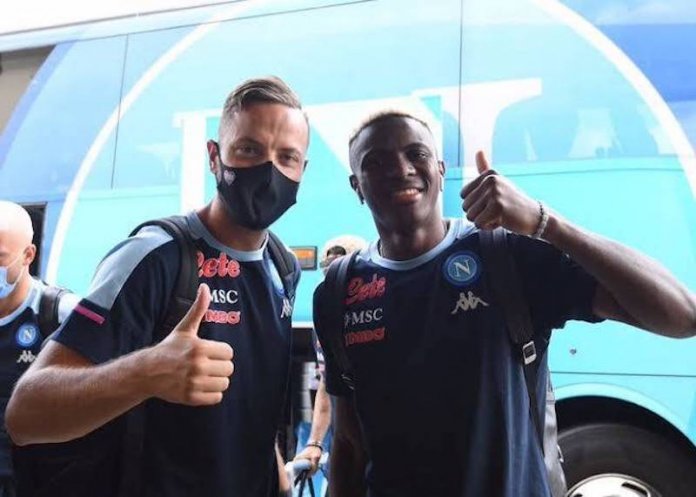 After a blistering career with Lillie FC of France, Nigerian international, Victor Osimhen, yesterday began another chapter of his football career as he joined his new teammates at Napoli for their pre-season trip to Castel di Sangro in Abruzzo.

The Stadio San Paolo outfit have begun preparations for the 2020-21 season in earnest following their seventh-place finish in the Serie A table last term.

Osimhen joined Napoli on a five-year deal in July after an impressive debut season in the Ligue 1 with Lille where he scored 13 goals in 27 appearances.

After his brief summer break, the 21-year-old linked up with his new teammates in Naples before their journey to Castel di Sangro yesterday morning.

Napoli will spend the next two weeks in Castel di Sangro and they will be engaged in two friendly matches before concluding their retreat with a friendly game against Serie C outfit Teramo on September 4.

They have been scheduled to play Aquila and Castel di Sangro in a triangular match on August 28.

Osimhen had his first training session as a Napoli player yesterday afternoon which will be opened to 1000 fans due to the coronavirus restrictions in Italy.

Although the fixtures have not been confirmed, the 2020-21 Serie A season has been earmarked to start on September 19.