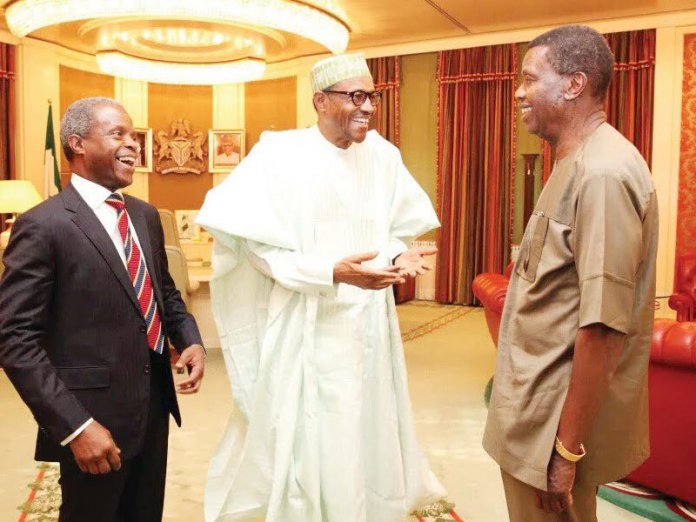 The initial commendations and applause that followed the signing of the Companies and Allied Matters Act 2020 by President Muhammadu Buhari are now being dwarfed by resentments from the Christian community under the Christian Association of Nigeria leadership, writes Davidson Iriekpen, while dissecting the controversies

A new twist was last Thursday added to the commendations President Muhammadu Buhari has so far received for assenting to the Companies and Allied Matters Act (CAMA) 2020, when the Christian Association of Nigeria (CAN) rejected the law, saying it would harm the country and its citizens. The CAMA 2020 was passed by the National Assembly early this year and was signed into law on August 7 by the President Buhari.

While industry players have hailed the law, saying it would boost the ease of doing business, CAN, has however, dismissed it as “satanic,” adding that it would snuff life out of the church and rank it as a secular institution under secular control.

In a statement by its president, Rev. Samson Ayokunle, CAN said the law, which repealed the Companies and Allied Matters Act, 1990 (1), was assented to despite its rejection at the public hearing stage. It noted that if the federal government insisted on retaining the legislation, it would be seen as a declaration of war on Christianity and an agenda to destroy the church.

The controversial portion which the Christian community is frowning at are contained in Section 839 (1)&(2), which empowers the Corporate Affairs Commission to suspend trustees of a not-for-profit organisation (in this case, the church) and appoint the interim managers to manage the affairs of the association for some given reasons bordering on mismanagement.

Specifically, Section 839(1) of the Act empowers the CAC to suspend trustees of an association and appoint interim managers to manage the affairs of the association, where it reasonably believes that there is or has been misconduct or mismanagement in the administration of the association. This, according to the law, is aimed at protecting the property of the association.

Subsection 2 provides that the trustees shall be suspended by an or court upon the petition of the CAC or members consisting of one-fifth of the association and the petitioners shall present all reasonable evidence as requested by the court in respect of the petition.

Another contentious provision in the CAMA 2020, which the CAN is unhappy with provides that no suit can be commenced against the CAC before the expiration of period of 30 days after a written notice of intention to commence the suit has been served upon the commission by the intending plaintiff and notice is to state the cause of action, particulars of claim and reliefs sought.

The Act also empowers the Minister of Trade and Investment to prescribe by regulations, model articles of association for companies.

Contending that the controversial section 839(1)&(2) was smuggled in the CAMA 2020 through the backdoors, CAN said during the first term of President Buhari, there was a public hearing conducted by the National Assembly on a similar provision in another bill which it vehemently rejected only for the government to include it in the CAMA. It noted that while it is not against the government fighting corruption wherever it may be found, it completely rejected the idea of bringing the church, which is technically grouped among the NGOs, under control of the government

“The church cannot be controlled by the government, because of its spiritual responsibilities and obligations. How can the government sack the trustee of a church, which it contributed no dime to establish? How can a secular and political minister be the final authority on the affairs and management of another institution, which is not political?

“How can a secular and political minister be the final authority on the affairs and management of another institution, which is not political? How can a non-Christian head of government ministry be the one to determine the running of the church? It is an invitation to trouble that the government does not have power to manage.”

Before CAN’s outburst, Bishop David Oyedepo, had taken umbrage at the provisions of the Act. Venting on the law, he accused the government of being jealous of the prosperity of the church.

“The church works on the pattern delivered by God not the pattern of man. Government has no power to appoint people over churches. This is a secular nation. The church is the greatest asset of God in this country. Please be warned. Judgment is coming. “The Lord says I have been still but now I will arise. Anybody that is in this deal is taking poison. This will never work. I am waiting for a day, when anybody will appoint a trustee over this church… You can’t gag anybody. We own this country together.”

Many believe that over the years, the church in Nigeria has carried on as an agency that should not be subjected by secular laws despite earning its sustenance from peoples’ pursuits. The churches, which are registered as charity organisations, hardly live to that expectation.

Hardly do any of them pay tax while running publishing firms, hospitals, schools, restaurants and other businesses, many of their hospitals and schools as very expensive and beyond the reach of even the members. What a majority of Nigerians see always are a display of opulence and ostentatious lifestyles.

In 2017, the Financial Reporting Council (FRC) sought to bring transparency into the church business, but the agency’s noble endeavour was resisted and its boss sacked.

Ironically, while churches in Nigeria are resisting the Act, they subject themselves to similar regulations abroad. For instance, there is a Charity Commission for England and Wales for regulation of charity organisations under the jurisdiction of High Court charity law. It is worth noting that if a charity’s income exceeds £5,000 a year, it must register with the Charity Commission.

The commission investigates accusations of wrongdoing and if a serious problem is uncovered, the commission has powers to restrict transactions a charity may enter into; appoint additional trustee; freeze a charity’s bank accounts; suspend or remove a trustee; appoint an interim manager or make a referral for investigation to the police and other law enforcement agencies.

Similarly, in Scotland and Northern Ireland, there is the Office of the Scottish Charity Regulator (OSCR), which ensures that charity organisations are used exclusively for charitable purposes, which benefit the public.

In the United States of America, states have wide discretion over the regulation of charities even as many states do not impose significant regulatory burden on charitable corporations, in part, because charities that have special tax status are subject to Internal Revenue Service (IRS).

In 2019, the UK Charities Commission appointed an interim manager for Mountain of Fire and Miracles International, the church founded by Daniel Olukoya. The commission hinged its decision on acts of fraud in the organisation.

It said: “The commission is concerned over the trustees’ unwillingness to report serious incidents. The inquiry found two alleged incidents of fraud by former employees involving significant sums, both of which were not reported until a number of years after the frauds were discovered.”

Also, in 2015, the UK Charities Commission probed Oyedepo’s Winners Chapel International over alleged misappropriation of 16 million pounds. Oyedepo did not rail against the regulatory commission. He surrendered his church to the investigation, and fortunately, his church was cleared of all allegations. No wrongdoing was found.

In addition, in 2014, the commission appointed an interim manager for Christ Embassy International, the church founded by Chris Oyakhilome. It situated its decision on “serious misconduct and mismanagement in the church’s administration, inadequate recording of its decision-making processes and failure to comply with grant-making policy.”

Many are wondering that if these churches could subject themselves to the laws abroad, why are they against similar regulatory process in Nigeria? But a cross section of Nigerians feels that the Charity Commission of England does not have the biases in Nigeria especially, with religion being very sensitive here.

While many lawyers THISDAY sought reactions on the issue from refused to comment due to its sensitive nature, a public affairs analyst, Frank Ojeh, said his worries over the provisions are the likely abuses. He wondered how the government would determine what constitutes misconduct, mismanagement or public interest, when enforcing the Act.
Ojeh contended that the opposition to the Act is not about Bishop Oyedepo’s Winners Chapel or any church but about Nigerians.

“If tomorrow, for instance, we have a president, who does not like the face of say Pastor Adeboye of RCCG, all that will be needed is to hide under the CAMA Act and take over the RCCG.

“Most importantly, what happens to organisations that do not support a candidate during presidential election should such a candidate wins? So, you see that this is not about Bishop Oyedepo’s Winners Chapel or any church. Rather, it is about all of us.”

A civil society group, the Resource Centre for Human Rights and Civic Education (CHRICED) described the law as repressive and obnoxious. The Executive Director of CHRICED, Dr. Ibrahim M. Zikirullahi, queried the intention of the law, especially the aspect that has to do with incorporated trustees.

He said, “It is apparent that the government has turned its lawmaking function into a sinister conspiracy against citizens and the target of the draconian sections of the law is the critical voices and organisations amplifying citizen’s demands for transparency, accountability and good governance.

“Section 842(2) gives the CAC draconian powers to shut down associations, without recourse to the courts. It also means that the CAC without recourse to the judicial process, can wake up one day, and use the ground of “unsatisfactory response” to dissolve an association of citizens. The bottom line is that even if such an association is eventually proved innocent the damage to its brand, reputation and operations are already done.”