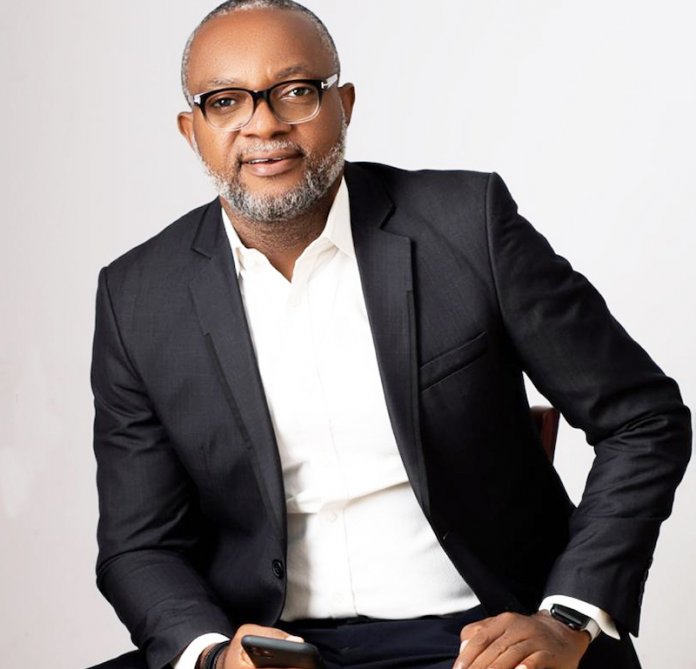 Filmmaker, Ezugwu Okechukwu Jonathan popularly known as Oakfil is the CEO of Oakfil Productions Ltd. With several movies and series to his credit, he is a major content producer for ROK/iROKOtv. His latest works – Gifted and Blood of Enogie – will be released soon. Oakfil shares his thoughts on happenings in the industry with Chinedu Ibeabuchi

How did you break into the industry?

I broke into the industry in 1996 through the legendary Kenneth Okonkwo (Andy in Living in Bondage). He inspired me into the industry when he noticed my passion and skill as a storyteller from the angle of production. In 2003, after some high-level training and apprenticeship in Film production under various film veterans and institutions, I produced my first movie which was a blockbuster at that time, titled “Rising Sun”. It gained film nominations and awards, including best three films of 2003 award by the National Film and Video Censors Board (NFVCB). Since then, Oakfil has gone on to produce over 50 feature films and series.

How are entertainment entrepreneurs navigating the crawls of COVID-19 to sustain the business?

To be frank, government effort is not encouraging. They only appear to care, whilst citizens face the scourge of the pandemic. Regulations look nice but implementation is weak and that has frustrated several businesses including Nollywood producers. There is now hunger pandemic which is worse than COVID-19 and that has put many people on their toes to keep navigating the scourges of COVID-19. It’s just for everyone to take precautionary measures to help ourselves. We have to find ways to navigate it because the consequences of trying not to do anything will lead to hunger pandemic.

COVID-19 actually weighs heavily on film making. Ours is a business where people gather to shoot films and show films in cinemas. Every part of entertainment has actually been dealt with. There is no systematic formula to navigate this other than taking precautionary measures.

Nollywood is known for leveraging on trends. Should we expect COVID-19 movies from your production soon?

Sure, COVID-19 movies are going to be out very soon. In fact, my writer just told me that she wants to put this situation into a movie. We need to share our own local experience of the pandemic to the outside world because there are certain things that happened here that people in the diaspora don’t know. So, by sharing our Nigerian experience of the pandemic through storytelling, we will be contributing to preserving knowledge.

How has Oakfil remained relevant in the industry despite newcomers trooping in?

I won’t rate myself. Let my works do it for me. Whenever you watch an interesting movie, for example on iRoko TV platforms, check out the producer or production house. If it’s Oakfil, that’s my work. Oakfil production is a household name among players in the industry.

What spurs your story ideas?

Environment inspires me. I don’t glance at a place just for admiration sake; I look at it with an artistic point of view. I have shot two to three films that were inspired by exploring a place, and those stories came out excellently well. I will soon visit the North to explore a place. My friend told me that once I see the place I will be inspired to write a story about it. So, the environment inspires me. Events and trends like COVID-19 crises trigger ideas. Every situation I am in inspires me. Coincidence has been helpful also as ideas can flow from it.

Which of your projects would you describe as most challenging?

My most challenging story was ‘Brother’s Keeper’ shot in 2012 because that was my crossover from doing DVD films to my first box office film. In my attempt to make sure I produce a standard movie that could compete with box office films, I faced a few challenges. One of it is that I budgeted a particular amount for the film, but I spent thrice of the amount. I shot the movie for 42 days which should ordinarily take me 10 to 12 days. It’s a challenge I cannot forget. It was a learning curve though.

Did you recoup the money spent in the cinemas?

No, and yes. No, because after the sharing formula, my cut wasn’t up to the cost of production and marketing. Yes, because, later on, I got more than expected. The movie was so popular because it got about 50 nominations in different awards and festivals and won about twelve awards; selling it to pay-tv platforms made return-on-investment fruitful.

In your opinion, what has evolved over time in Nollywood?

The system has really evolved. They just reshot a sequel to ‘Living in Bondage.’ If you watch the two films, you will know that the system has evolved; if you watch the initial one and this ‘Breaking Free’ which is a sequel, that is a clear example of how far we have moved on. If we haven’t, Netflix and Amazon won’t be here. They are even battling for a share of the market here because the system has moved on. Our quality has improved. We might not be there yet but we are on the right track.

What lessons do you think the Nigeria movie industry could learn from its foreign counterparts?

The lesson is two-ways; we are learning from them and they are learning from us. We are learning from them because they are developed countries and we are still developing. They produce all the equipment technically. I have been to some festivals and you see the way they handle their equipment. We lack support here. But over there, they have insurance and equipment that ease their work, and a friendly environment that helps them to achieve better picture quality. But for us to produce, we struggle with a lot of things from production designs, finance to equipment, etc. We produce a low-budget film compared to them. However, our ideas are different from theirs and our films are more drama-based. So, we both have something to share. But despite inadequate support, Nollywood has soared to a global stage.

In what areas do you feel Nollywood needs to improve, and why?

We need to improve on production values and quality control because the world cannot be moving forward and we remain stagnant. The characterisation is another issue. Most times when our writers write, they put the actors in a confused state because the actor doesn’t know the characteristic of the character he is playing, making it difficult to depict the life of that character.

For instance, I met a Hollywood actor. The guy told me he had to sleep in the bush for three days to fit into the role he wanted to depict. The film had a bush setting. But ours is not like. Many times, the Nollywood actor would get to the location before he gets the script, reading and acting at the same time. There is no way the outcome will be the same as that of a person that has read and learnt about the character. If you are an actor and want to act as a lawyer in a particular film, you study how a lawyer behaves. If you want to act as an armed robber, you study armed robbers’ behave by characterising them. These are details that make Hollywood films more realistic than ours. Finishing could be lacking some times. However, a lot of our filmmakers have been attending topflight film schools to make Nollywood production better.

Nowadays, we rarely see movies tackling the ills in Nigerian politics. Why?

Nollywood was actually built through commercially made films, starting with video cassettes, VCD/DVD to pay-TV and to cinemas. Onset, movies were also a tool to bring to light social issues that many were not aware of, including corruption in government. But today, corruption is no longer news. Everyone knows we have bad leaders. People are already tired of it, unlike in those days, like during Fela Anikulapo’s days. From my point of view, it is no longer sellable news that is why people don’t do any story about the ills of Nigerian politics. The whole system is corrupt and unending. It doesn’t shock people as much again. So it is no longer a marketable idea.

What would you want to be remembered for?

I want to be remembered for making good films and for bringing out a lot of new actors. That is the legacy that I feel will be remarkable. I have helped a lot of actors get to the limelight.

What is your greatest fear in life?

My greatest fear in my life is disappointing myself.

Do awards mean anything to you and have they been coming?

Award means a lot to me and it was coming at the time it was coming. But presently, I encourage actors to send films they feature into festivals as it’s all about glitz and glam with beam-light majorly on the actors.

Aside from travelling and sightseeing, singing in my church choir gives me the happiest moment.