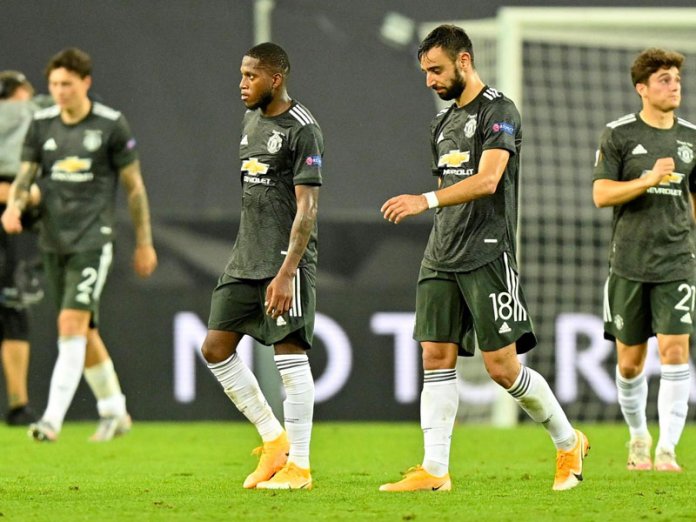 Manchester United crashed out of the Europa League after Sevilla came from behind to beat them 2-1 to reach the final.

United led through Bruno Fernandes’ penalty and were frustrated by an outstanding performance from Sevilla keeper Yassine Bounou in Cologne.

And Luuk de Jong, once of Newcastle, scored the winner as United failed to deal with a cross from ex-Manchester City player Jesus Navas.