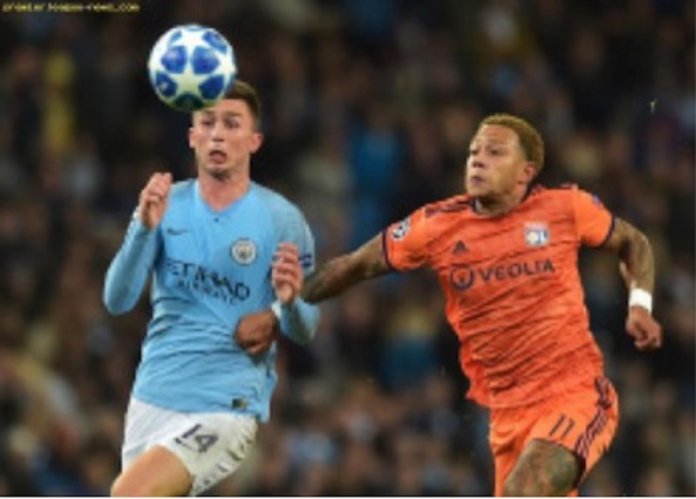 Very few would have put their money on Lyon to get past Juventus when the UEFA Champions League second round fixture pitched the French side against the Italian giants. But Les Gones did the unthinkable by dumping the Turin side out of the competition. Against Manchester City in today’s quarter final paring, Lyon, which of course would be boosted by last Friday’s win in Turin would be hoping to continue the run against the Citizens

Manchester City take on Lyon in the last of the Champions League quarter-final ties in Lisbon today, aiming to reach the last four for just a second time.

The Citizens knocked out perennial winners Real Madrid over two legs in the last round, while Lyon stunned Italian champions Juventus to progress.

The winners of the match at the Estadio Jose Alvalade, which will be played over just one leg, will face either Barcelona or Bayern Munich in next week’s semi-finals.

Given the unique nature of this season’s Champions League, with the quarter-finals onwards being played out in Portugal over the course of a couple of weeks, City’s focus is solely on this competition.

Pep Guardiola had previously joked that he would be nothing more than a “failure” if he fails to win the competition during his time with City, and on the face of it, there is no better time to lift the famous trophy than this season.

After finishing second in the Premier League and exiting the FA Cup at the semi-final stage, Guardiola knows that there is even more weight on his shoulders to go all the way this time around.

The Citizens certainly have momentum on their side following their 4-2 aggregate victory over Madrid in the first knockout round, following up their 2-1 first-leg triumph with a win by the same scoreline in last Friday’s return fixture.

City may have been helped by some shocking defending from the usually reliable Raphael Varane, but they took their chances when they arrived and were comfortable winners in the end.

That famous victory made it three wins in a row for City in all competitions, and six victories in their last seven, scoring 23 goals and conceding only four during that run.

It will ultimately count for little if they fail to overcome Lyon, however, and Guardiola will need no reminding of his side’s struggles against the Ligue 1 opposition when they met twice in last season’s group stage.

Maxwel Cornet and Nabil Fekir were on target as Les Gones secured a 2-1 victory at the Etihad Stadium, followed up with a 2-2 draw in the reverse fixture – another match that saw Lyon dominate the midfield battle.

Guardiola has a habit of overthinking knockout ties, trying to get into the opposition’s head with his team selection, and it may well be that he focuses closely on those two matches – even if there has been a small turnover of players at both clubs.

Rudi Garcia’s men showed exactly what they are capable of against Juventus in the last 16, edging through 2-2 on away goals despite Cristiano Ronaldo’s best efforts in the second leg last week.

Lyon looked a little rusty against Juve last time out and that is not at all surprising given that it was just their second competitive game in five months, the other being a defeat to Paris Saint-Germain in the Coupe de Ligue final on July 31.

This will be Lyon’s first appearance in the quarter-finals of the Champions League since 2009-10, and they have progressed from just one of their previous four games at this stage, eliminating Bordeaux in 2009-10.

City are competing at the last-eight stage for a fourth time in five seasons, meanwhile, but they have advanced from just one of those previous ties – knocking out PSG in 2015-16 – and will certainly not take anything for granted today.

Meanwhile, Manchester City continue to carry on without the talismanic Sergio Aguero, who has spent a long time on the sidelines due to a knee injury. Gabriel Jesus, arguably the team’s best forward in the Champions League this season, should deputise in his place.

However, Benjamin Mendy is back from suspension but Guardiola is unlikely to tinker the back four.

Lyon on their part have a fully fit squad for this encounter, Moussa Dembele, who was on the bench against Juventus, could be the only change to a winning combination that has worked well for Lyon, while former Manchester City defender Jason Denayer will also have a point to prove against the Premier League club when he mans the back three.

A lot is on the line in this fixture, and it’s hard to look beyond a Manchester City win simply due to their attritional style and greater quality. They should find the first goal hard to come by but once the deadlock is broken, the English giants will see it out comfortably.