“Wow, you are an Olympian?”

“I am an Olympic GOLD Medallist!” Most of the time I would stress in response to the admiringly question above from people I meet to provide the quality of Olympian I am. Sometimes even going further to add that I am a two-time Olympic Medallist. And if I want to further press on my admirers to awe the more, I make them know I am the ONLY Nigerian man to have two Olympic medals which qualifies me, as the BBC put it in their report on “Africa’s Olympic Story”, Nigeria’s greatest Olympian. It sounds braggadocious, but it’s a title I love to have. Well that is all the reward I get. It leaves an imprint however on the minds of people.

The Olympics is regarded the height of human endeavour. Everyone sees the Olympian as a rare breed super human star. One who has achieved what very few have achieved. And you cannot blame them, of the world’s 7 billion people population, only 10,500 are worthy to be part of these quadrennial spectacle showcasing the best of one’s physical attributes over another. It is an incredible honour to be an Olympian no doubt about it, an even greater privilege to be a medalist with the complimentary approbation that comes with it. However, a lot is not being said about the plights of Olympians.

With all the mental toughness and character you hear commentators say about these sports men, they are human. And they go through a lot. Many athletes, competing and retired go through periods of depression. And the society is not tackling the issue as seriously as it requires. Mental health is usually associated with weakness and that is the appearance athletes do not want to be associated with. However it is an enormous problem. An NCAA survey of athletes found that 30 percent reported feeling depressed over the course of a year. The number could be much higher. Depression comes with a stigma, and many do not want to be associated with that. An HBO documentary recently released, “The Weight of Gold” sheds a heartbreaking light on the mental-health challenges Olympic athletes’ face.

Several athletes said there’s “an epidemic” of suicides and depression in their ranks but no easy way to get help.

While mental illness and depression can affect anyone, Olympians may be especially vulnerable due to a lack of identity outside their sport, financial pressures, public failures, enormity of dedicating your life to a single moment and a lack of mental-health resources.

As an athlete my typical day had six hours of training, need to study and complete classes (while at school), need to provide a living for my family, pressure to perform to stay on top (the press do not help this), Pressure from a manager who saw me as an asset only, sometimes pressure from officials and coaches. Then there are the activities of social life I just could not get involved with due to a combination of time unavailable and discipline. It is like this for most elite athletes, your life is invested so much in the sports in terms of preparing and training that the actual world leaves you. By the time the flash lights of the paparazzi’s cameras, the TV interviews, the first class air travel and the luxury five star hotels leave when you retire at the age of 35, the world has left you and you are just a lonely empty individual, if lucky with a shining gold medal in you locker. The sudden withdrawal of all these activities could affect the balance of brain chemicals (neurotransmitters) and contribute to depression.

Our culture has created the impression that we need to be achieving all the time to be happy and valued. Your colleagues are just beginning a career probably growing in the corporate world, some have gone to get terminal degrees in great universities, others have loads of practical experience in different areas, and you are just becoming a lonely retired athlete, unemployable because of age and lack of experience. You are a normal individual but the public does not see you this way, they see the television star, racing across the finish line, shaking hands with world leaders, smiling in the front of TV cameras…even when you try to integrate in society and discuss issues, politics or other social and communal things, people dismiss you and tell you, “This is not Sports, or this is not football or athletics or boxing..” as the case maybe, forgetting that just because you dedicated your life to excelling in the sports it does not make you ignorant of every other thing.

The HBO documentary really highlighted a lot of problems on mental health and depression athletes face, “Being an Olympian is advertised as this amazing thing, and they leave out all of the side effects,” including eating disorders, depression, anxiety, and suicidal ideation, Olympic figure skater Gracie Gold said in the film. “And then when all those side effects do happen, there’s nothing in play to help you.” Gold once faced depression and was on the verge of suicide only to be saved by her sister. Olympian And former world champion Antonia Pettigrew, who ran alongside me in the 2000 Olympics was not that lucky, he committed suicide after a bout of depression. Retired competitive swimmer Michael Phelps is the most successful and most decorated Olympian of all time, boasting a total of 28 medals, but that didn’t make him immune to depression. “After every Olympics I think I fell into a major state of depression,” said Phelps in a 2018 interview with CNN, who has admitted to using drugs to self-medicate and contemplating suicide

A lot of athletes recently have admitted they had faced depression at one time or the other. Some are Serena Williams who revealed that she had been battling depression since winning Wimbledon in 2010 and also after the birth of her daughter, Professional basketball player Imani Boyette (who attempted suicide 3 times), Olympic gold medal-winning swimmer Amanda Beard who wrote about her battles with depression in her 2012 memoir “In The Water They Can’t See You Cry,” and Olympic swimmer Allison Schmitt who in 2015 made her battle with depression public after contemplating suicide. Many of the retired Olympic competitors talk about how there are few mental health resources open to Olympic athletes after their careers are over.

In Nigeria, we do not have Olympians who have come out to openly admit depression but we have seen a lot of our sporting heroes fall into states of mental and psychological problems, lack of ambition, feeling of loneliness and failure in life, lack of motivation and interest in anything, sleeping disorders, anxiety, uncontrolled weight gain and a feeling of death. These are signs of depression and we do not take them seriously yet. We believe erroneously that every problem a sportsman has is financial.

For a specie of people who have grown to leave in a world where they are taught where there is a will there is a way, The best don’t rest, You can do it, Impossible is not a word, and Winners never Quit is ironic that sometimes even when the body seems healthy, it is the mind that is unwell and needs attention. We need to take this seriously now because it is a pandemic and the stigma around mental illness needs to end so everyone can openly get help and move forward. This know, I have been hit by depression too on some occasions with nowhere to go for help.

“And yes, I said I am an Olympic Gold Medallist.” 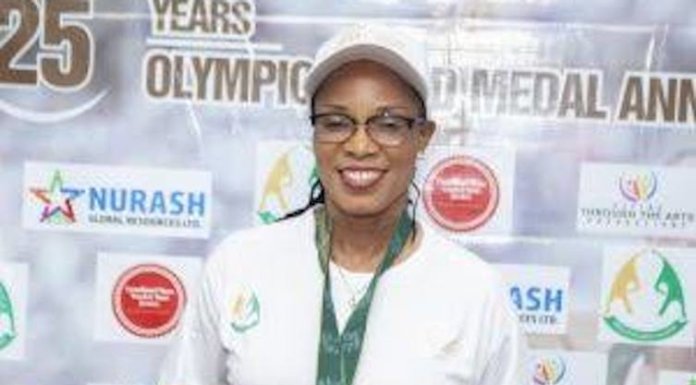