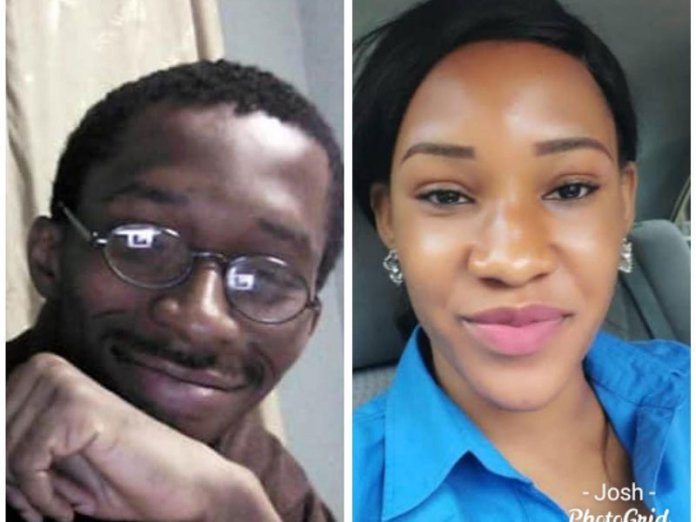 Rebecca Ejifoma writes that the sudden and tragic death of two staff members of the Federal Airport Authority of Nigeria, who were recently crushed to death by a container-laden articulated vehicle, should be a clarion call to tackle the continuous dangers such heavy duty vehicles pose

Although the road haulage industry in Nigeria plays a critical role in ensuring the economic prosperity of the nation, the road crashes involving such articulated vehicles are much more distressing because of the higher rate in fatality and over all negative multiplier economic effects, asides environment pollution.

In a document made available to THISDAY by the Federal Road Safety Corps (FRSC) in 2018, the data on articulated vehicles involved in Road Traffic Crashes (RTCs) in Nigeria was on the high side. According to the data, in 2016, the statistics for truck, tanker and trailer accidents were put at 1637, 359 and 657 respectively.

According to FRSC Corps Marshal, Oyeyemi Boboye, some of the causes of such road carnage by articulated vehicles include non-adherence to road traffic safety practices, inadequate driver’s training/certification and re-training leading to drivers’ errors, inadequate provision of tanker/trailers parks across the country, non- adherence to safe laden/haulage practices /standards (including vehicle’s) by stakeholders; inspite of practice guidance and non-functional weighbridges to assist in enforcement of axle load compliance, including overload with sundry goods.

He cited others as aging trucks and lack of fleet renewal programmes, heady and non-cooperative attitude of drivers and other stakeholders, security challenges and lack of clear-cut policy on tanker/truck transit in Nigeria, non- adherence to standards by operators and by tank constructors, alteration of original design value of truck heads and/or trailer, state of the nation’s roads, parking on unauthorised location along the road, failure to install speed limiting device and lack of cooperation of private tank farm owners on Safe-To-Load programme.

Aside the loss of life, the collateral damage such accidents cause cannot be quantified. They include the cost of treatment for people injured, damaged roads and road infrastructure, environmental impacts that will require mitigation, and other collateral damages (farm lands, houses, settlements displaced, other vehicles in collision with, other property e.t.c.

These statistics recently came to life for the families of Ajoku and Nnaekpe. The duo, 27-year-old Chidinma Ajoku and her colleague Chima Nnaekpe, 29, were crushed by a container driver in Lagos on Sunday, July 26.

For the Ajoku’s, the death of their daughter Chidinma fondly called Deedee and her colleague Chima, who were squashed to death in their prime after a 20ft container fell on the commercial bus they were in on their way back home from work at Ilasa bus stop Oshodi-Apapa Expressway, Lagos,
should not be swept under the carpet.

As usual, the container was said to have fallen off a moving truck, with registration number SMG 715XA, on the bus conveying eight passengers including Chidinma and Chima. The deceased were not only colleagues at the commercial department of Hajj and Cargo Terminal of Federal Airport Authority of Nigeria (FAAN), but they were also neighbours; hence, commuted together always.

According to the bereaved mother, Mrs. Ajoku, who just lost her husband a year and some months ago, Chidinma, who was a graduate of Babcock University, Ogun State, had nurtured plans to go for her Masters abroad and was the first daughter of the family.

In a viral video, the bereaved mother said: “I will like to tell the public what happened on Sunday evening. My daughter, Chidinma and her colleague, Chima, were returning from work. We were told that the driver of the commercial bus in which my daughter and her colleague were in stopped to either pick or drop passengers at Ilasa bus-stop when a reckless trailer driver on high speed fell on the bus.”

While she was home waiting for Chidinma, little did she know of the misfortune. “I was waiting for her to return home. I dialed her number, but no response. I called her aunt whom she stayed with at Surulere. Both of us didn’t sleep until 6a.m. when a colleague of hers called me to say they were involved in an accident and that they were at the Isolo General Hospital.

“This incident of container falling on vehicles is getting too much. These container drivers keep killing people and nobody is talking. My daughter was just 27 years and had plans to travel abroad for her Masters in the near future only to have life snuffed out of such a promising girl and her colleague”.

Harping only the need for the case not to be swept under the carpet, the grieving mother said: “I appeal to the authority concerned to bring these people to book. The government should do something because it is getting too much especially in Lagos.

“I remember there was a time when these trucks were virtually off the road in the day and were only allowed at night. Now, they are everywhere, driving recklessly. I don’t know what they drink while driving which makes them fall on cars. There had been several similar cases that happened and nothing was done to bring justice to the victims.

“But my daughter’s can’t go just like that. If my daughter’s case will be used to stop these unwarranted killings, then, let it be what I have achieved. I know they will say I am a nobody. But I think everybody in Lagos, whether you have a car or not, our lives are in danger because we encounter these trailers and containers every day because they are very reckless. We should champion this course together. We should not wait until more persons are killed”.

On their long journey to get justice she said: “I sent a cousin to the Ilasa Police Station and the police said they could not trace owner of the truck. We were told that the driver and conductor took off with the truck’s particulars. Again, we were told that owner of the truck called to say he was coming. But nothing has been heard so far. All I demand is justice for my late daughter.”

Meanwhile, the Lagos State Government paid condolence visits to families of Ajoku, and the Nnaekpes on August 5 and 6 at their respective residences.

The State Attorney General and Commissioner for Justice, Mr. Moyosore Onigbanjo, SAN, assured of the state government’s support towards getting justice for the bereaved families.

Onigbanjo described the incident as unfortunate and avoided, adding that the Governor, Babajide Sanwo-Olu has directed the Commissioner of Police, Hakeem Odumosu, to commence investigation into the incident.

While sympathising with the families, the Attorney-General emphasised that the prosecution of the case would be handled by him to ensure that the death of Chidinma and Chima are not in vain.