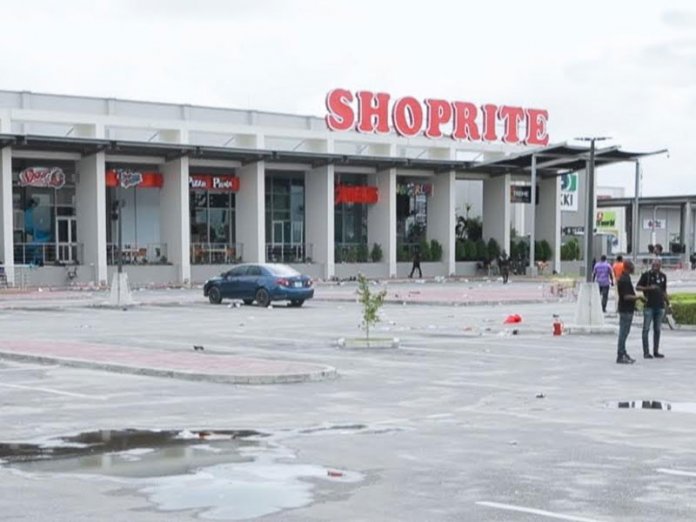 Perhaps because its arrival in the Nigerian market redefined consumers’ purchasing habit, the news early last week that South African-owned Shoprite, was considering leaving Nigeria, generated debate among Nigerians. Why some saw the development as retrogressive, considering the company’s economic advantage, especially in the area of job creation, others saw it as opportunity for Nigerian investors to key in and further explore the market. But before the dust could settled, the new was debunked.

The fallout from the development has however given birth to more questions: did promoters of Shoprite come up with the news to unsettle the market? Were they misquoted? What is the link between COVID-19 challenge referred to and the pending case against the Africa’s largest supermarket conglomerate? Can one justify the roles played by the purveyors of social media news and lots more?

According to the company, the restrictions as a result of the lockdown because of coronavirus had affected its operations in 14 African countries, with sales declining by 1.4 per cent in those markets. The company, however, stated that its South African operations on the other hand witnessed “significant growth”.

The company disclosed this in a statement titled: “Operational and Voluntary Trading Update (52 Weeks Ended June 28, 2020), seen by THISDAY recently.

“Following approaches from various potential investors and in line with our re-evaluation of the Group’s operating model in Nigeria, the Board has decided to initiate a formal process to consider the potential sale of all, or a majority stake, in Retail Supermarkets Nigeria Limited, a subsidiary of Shoprite International Limited.

“As such, Retail Supermarkets Nigeria Limited may be classified as discontinued operation when Shoprite reports its results for the year. Any further updates will be provided to the market at the appropriate time,” the company explained.

It disclosed that its international supermarkets (excluding Nigeria) contributed 11.6 per cent to the group’s sales and reported 1.4 per cent decline in sales from 2018. South African operations contributed 78 per cent of overall sales and saw 8.7 per cent rise for the year.

It stated that despite difficult circumstances occasioned by the COVID-19 lockdown and accompanying regulations governing trade, transport and operations, the group increased total sale of merchandise for the 52-week to June 28, 2020 (including the impact of hyperinflation in the prior year), by 6.4 per cent to approximately R156.9 billion.

But beyond the reasons given, there were other factors experts mentioned as part of the reasons the company could decide to leave Nigeria. Top among this was the recent affirmation by the Appeal Court sitting in Lagos of the judgment of a Lagos High Court that awarded $10 million damages against Shoprite Checkers (PTY) Limited, in a suit filed by AIC Limited that the retail giant breached an agreement to set up its Nigerian arm. This coupled with the currency-induced inflation surges, which the group is battling in the continent – especially in Nigeria, where it has been hit hard in recent times.

The story took another dimension, when purveyors of online news took to the street to release speculative news trend about the likely benefactors of the company’s exit. While some reeled out names of existing retail supermarket brands that may likely reaped from the failure of Shoprite, others affirmed that business moguls like Aliko Dangote, Peter Obi and Tayo Amusan had shown interest in the business.

However, according to feelers from within and outside the Supermarket conglomerate, Tayo Amusan is believed to have bought the majority shareholding in the company through his company, Persianas Group. Besides, another credible source had confirmed that a major rebranding, which may change the name Shoprite to Jarra, following the acquisition by Amusan’s Persianas Group, may happen in Nigeria, any moment from now.

From whichever way one chooses to look at it, the takeover by the new investor is expected to augur well for Nigeria and Nigerians as FX that would have been taken out will remain in the economy because most of the products, notably agricultural produces and other consumables that could be produced in the country will be sourced locally and there won’t be repatriation of funds, hitherto done by Shoprite.

With the recent development, if many things are not cleared, the fact that the brand is troubled, is not in doubt.