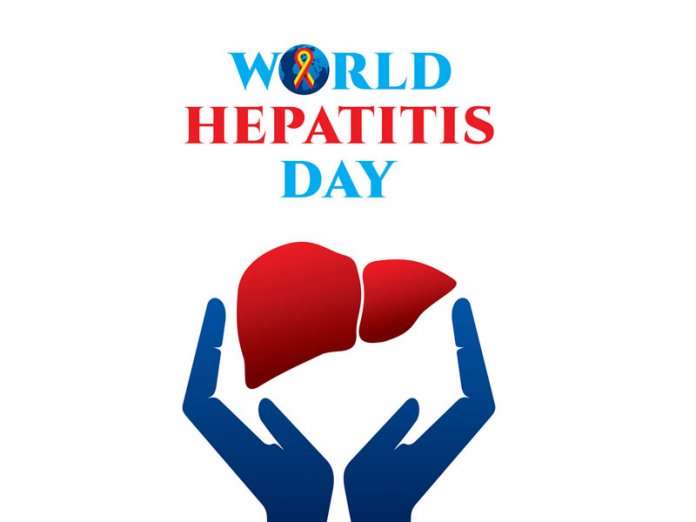 With 11 per cent of Nigerians said to be infected with viral Hepatitis, Olpharm Nigeria Limited and the Lagos State University Teaching Hospital hope to change the narrative and eliminate the scourge by 2030 through campaign for adequate testing and vaccination. Funmi Ogundare writes

The prevalence of hepatitis in the body cannot be over emphasised, as it could easily be contracted from a victim via contact of body fluids, either through sexual contact, body contact or even saliva. If not adequately treated, the virus could develop into a more severe state known as Hepatitis B which results in scarring of the liver, abnormal functionality of the liver and in due time, liver cancer.

In a move to kick out the virus, Olpharm Nigeria Limited in collaboration with the Lagos State University Teaching Hospital (LASUTH) has made efforts to get the vaccine at a subsidised rate so that infected patients could have access to it.

Speaking at a programme to mark the World Hepatitis Day (WHD), with theme, ‘ Finding the Missing Millions’, and sub-theme, ‘Prevention of Mother to Child Transmission’, the Managing Director Olpharm, Mr. Johnson Olusetire said his organisation also partnered 21 NGOs in Nigeria that belongs to the world hepatitis alliance who will get the vaccine at a highly subsidised rate from them, while Olpharm offers free test.

According to him, “the vaccine is expensive. That is why we are partnering LASUTH and about 21 nongovernmental organisations in Nigeria that belongs to the world hepatitis alliance and they are getting the vaccine at highly subsidised rate from us. There is need for testing, if you come, we have some centres/hospitals that we do send patients to, to test free of charge.

“After testing, and they are negative, that means they have to take the vaccine, but if you are positive, you have to take immunoglobulin. That is why we are telling Nigerians that you can get quality vaccine both for children and adults at subsidised rate, so that you can be protected from it. It is a viral infection. Symptoms include; fatigue, nausea, mild fever, jaundice, abdominal pains, among others. You have to go for test.”

The Head of Gastroenterology and Hepatology, Department of Internal Medicine, LASUTH, Professor Charles Onyekwere said July 28 was set aside to reawaken interest in the fight against viral hepatitis which is a major cause of deaths in the world.

He noted that the virus kills about one third of the world population, adding that 290 million people are currently living with it and it causes over a million deaths annually.

“The Federal Ministry of Health has actually done some studies and found out that 11 per cent of the population actually has it. There are differences in prevalence, some have higher and some lower. For instance, in Lagos, they found that five to six per cent of the population is suffering from it.”
The viral hepatitis, Onyekwere noted, are classified into A, B, C, D and E, adding that hepatitis A and E are self-limiting.

“Though people recover from it, B, C and D have the tendency to persist in infected persons. It could be there for a long time causing harm. Hapatitis B has some characteristics that make it difficult to completely eradicate by drugs. For now, we don’t have the drugs for it, but it can be controlled, “he said.

He stressed the need for a day to be set aside to reawaken the campaign so that people could get tested, know their status and ensures that those who are infected are treated and those not infected, to get them vaccinated.

The Senior Registrar, Gastroenterology Unit, Department of Internal Medicine LASUTH, Dr. Cara Cookey noted that every pregnant woman must register in a proper anti-natal centre where she is screened.

Once she is screened and found to have the virus, such a pregnant woman will be monitored and investigations will be conducted to check her viral load.

“Depending on some of the values, we may need to commence treatment during the pregnancy to reduce the chances of the baby getting infected. When the baby is born, there is post exposure prophylaxis so the baby is given a special vaccine to prevent hepatitis from the mother from taking roots in the baby’s liver. The vaccine is called hepatitis B heamonoglobin and it is given within 12 hours of the birth of the baby.”

Asked on the cost implications of managing it, she said, “The patience has to be monitored and followed up, there has to be laboratory investigations which involves blood test, ultra sound scan and CT Scan, most of which are borne out of pocket. Part of what we are advocating for, is a health insurance scheme and government partnership to ensure that some of the cost of some of these investigations are brought down to the barest minimum.

She disclosed that that there is a body of gastroentologist domiciled in the country, adding that it was working hand in hand with government and federal ministry of health to come up with protocols and vaccination in its immunisation schedule.

“At our different hospitals, we usually hold health talks. One of the things we have come up with in our clinic is hepatitis leaflet which addresses the so many frequently asked questions by patients. So when patients come, we encourage them to ask questions. Unfortunately, this year, because of the COVID-19 pandemic, we were not able to do our rally especially on the world hepatitis day when we go out. Last year, we screened and we were able to vaccinate the medical students. It was part of what we did to mark the day. We were hoping that this year, we will be able to extend our vaccination to members of the public.”