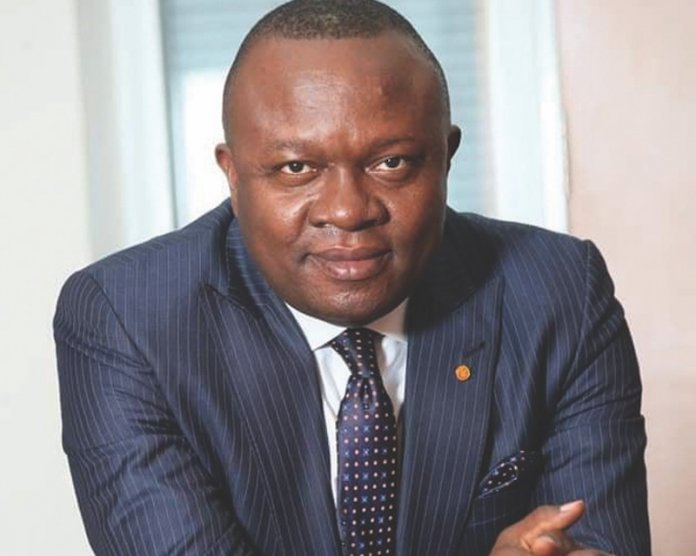 One question Valentine Chineto Ozigbo, is made to answer at every turn in the run to the governorship election in Anambra State is why he had to quit one of the best jobs in Nigeria to wade into the crocodile-infested waters of Nigerian politics – to boot – Anambra politics for that matter. Anambra of all places!

I have heard him answering this particular question on countless occasions in his various interviews and personal interactions. Why? Many see his decision as too risky if not reckless, and some outright madness.

The more surprising and even intriguing is that he took this astounding decision before his 50th birthday. What could be crazier, than the President and Chief Executive Officer (CEO) of the Transcorp Group, one of the most influential conglomerates in Nigeria with tentacles across the world to climb down from the pinnacle without being pushed and attempt to navigate through clearly uncharted waters that is Nigerian, nay, Anambra politics?

But he seems to have a ready explanation – passion! The passion is fired by the will and zeal to give back and to see the transformation of his society using his youthful energy and wide range of experience and massive local and international connections.

He captured this raison d’etre more succinctly on Monday, July 20, 2020 when he marked his 50th birthday.

In the virtual party to mark the event, he told his audience: “I count my life’s testimony, I count my life a blessing. God has endowed me with the choicest blessing of life. And the only thing I owe him is to be a blessing unto others. And that’s what I’m pledging to become continually all the days of my life.”

Obviously, the message has begun to resonate beyond the proverbial seven forests and seven rivers and gathering storm on its way.

While many stakeholders are upping the ante, VCO, has almost become a household name in the state, winning new converts steadily. On Sunday, July 5, Rebuild Nigeria Initiative (RNI), one of the most influential political blocs in the Peoples Democratic Party (PDP), known for its massive grassroots structure in all 21 local government areas of the state signed in, after a meeting held in the home of its leader and former Anambra Chairman of the PDP, Chief Frank Oramulu, in Awkuzu, Oyi Local Government Area of Anambra State, where speakers after the other poured encomiums.

Watching speakers after the other lavishing their accolades and standing up to egg him on, in his new project, introduced a new perspective on why Ozigbo would dare make the plunge from the velvet comfort of life at the top to the dangerous jagged ground below.

It sent a clear message that true success is not only about an individual making it to the top, but looking down to see a blanket of support base at the foot of the ladder and being reassured that the peace at the top is same at the base.

Could any human be completely flawless? Well, that was what those at the birthday event tried to make him. And they were not just ordinary people their words could be discountenanced lightly.

From the Obi of Onitsha, Nnaemeka Achebe to the celebrant’s immediate family, tributes showered like a fountain through some of Nigeria’s best in businesses, politics, the professions and religion.

Among them were Chairman of the Heirs Holdings, Elumelu, banking magnets, Oba Otudeko and Mohammed Hayatudeen, Chairman of Zinox Group, Leo Stan Eke and former Director General of the Securities and Exchanges Commission (SEC) Arunma Oteh.

The role call also included notable names in the Nollywood and entertainment industry. It was as if they were trying to make up for their physical absence through spoken words.

Indeed the past 50 years, the VCO brand has witnessed a unique and galloping growth. First Class in Accounting from the University of Nigeria Nsukka (UNN); best in the 1994 set in the department; and the faculty of business; MBA in Banking and Finance from the same university in 2000 and an MSc in Finance with distinction from Lancaster University, the United Kingdom in 2004 and beneficiary of the prestigious Chevening Scholarship programme.

His career progression also saw him soar through high-flying banking positions, zapping to the very top of the industry. Apart from returning the Transcorp Hilton, Abuja, to its old glory, as the most prestigious hotel in Nigeria, he also made it the number one choice in Africa, while winning some of the highest global awards in the industry.

Through his Chineto Ozigbo Foundation, he has touched so many lives in various ways, as a philanthropist while in sports, he is the co-founder of the Feet-n-Tricks, the sole organiser of free style football in Africa.

So far, the last 50 years has witnessed a streak of successes, where everything he touches transforms to gold. In the words of father Ozele, “Your 50th birthday will be the beginning of the blossoming of that tree that you have nurtured over the years. Let it begin to bear fruits for you, for your family, for your community, for your state and especially for the body of Christ that you love so much.” I concur. Happy birthday, VCO!

Igboanugo, a journalist, wrote from Abuja.