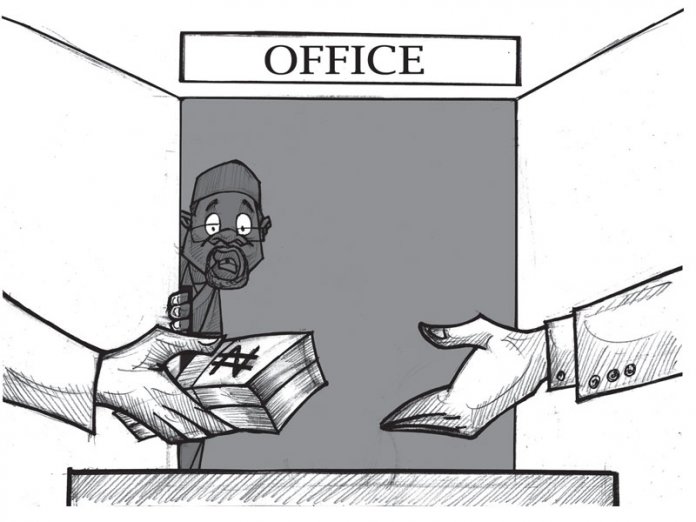 Public officers should do what is right

One distinctive feature of democracy is the right of the people to expect and demand good governance from elected officials. It is also the duty of the latter to perform creditably. That, in a nutshell, is the essence of public trust. In Nigeria, however, this noble relationship has for long been misapplied such that public expectations of office holders in the country seem to be at conflict with national aspirations. It is then little surprise that many of the overpaid politicians and public officials have continued to fleece the very people they are supposed to protect and yet walk the streets free.

A former governor once lamented on national television that the inability of public officers to function well is due to the demands of money and other personal gratifications from the people they are supposed to serve. Government functionaries, he explained, often lose concentration and divert funds meant for development to satisfy the need of individuals or groups within their various communities. In other words, public office holders expend the resources put in their trust to preserve their positions through satisfying the personal needs of their constituents and with that, it becomes difficult to deliver on the core responsibilities of government.

Although the former governor was attacked for justifying corruption and abuse of office, he indeed expressed an unfortunate reality about our country today: Family members, friends, communities and tribesmen most often insist that the only way for a public officer to show their worth is to address personal needs. This is taken to a ridiculous extent during elections when they demand instant gratifications in exchange for votes.

However, we are persuaded by trends in the country to believe that the persistent pressure on public office holders is largely a product of leadership failure. Successive governments have failed to frontally address critical issues like provision of social infrastructure and security. So, in the absence of any real empowerment in such critical areas as health facilities, education, shelter and others, desperation compels the people to directly source money from persons they see as the faces of government. This option is not only beggarly but also undermines the essence of representative administration – the very soul of democratic practice.

There is therefore an urgent need for a proper re-orientation if we must reverse this detestable drift. Public officers must come to terms early with the doctrine of true service. In most cases, people are reduced to beggars by twin effects of illiteracy and poverty. Thus prospective office holders should be determined to discharge their responsibilities effectively rather than succumb to any shady practices, including the so-called public blackmail.

All said, no excuse should be made for corruption and ineptitude. This nation will fare better if persons in places of authority insist on doing the right things, and not compromise responsible and responsive governance. Then, on their part, the people should not unwittingly provide public officers with reasons for underperformance. Poor implementation of projects and programmes is bad enough. And linking it directly to what is now being painted as the parasitic behaviour of the public makes the situation even worse.

From whatever perspective it is viewed government patronage and begging are also caused by greed and selfishness without due consideration of the reality that such individuals stand to gain from the overall development of the country. Embracing accountability and political maturity is, therefore, urgently required by public officials to wake them up to the much-needed task of ensuring that the socio-economic development of the country is the only guarantee for improved living standards of the people and, indeed, the only true cure for poverty.