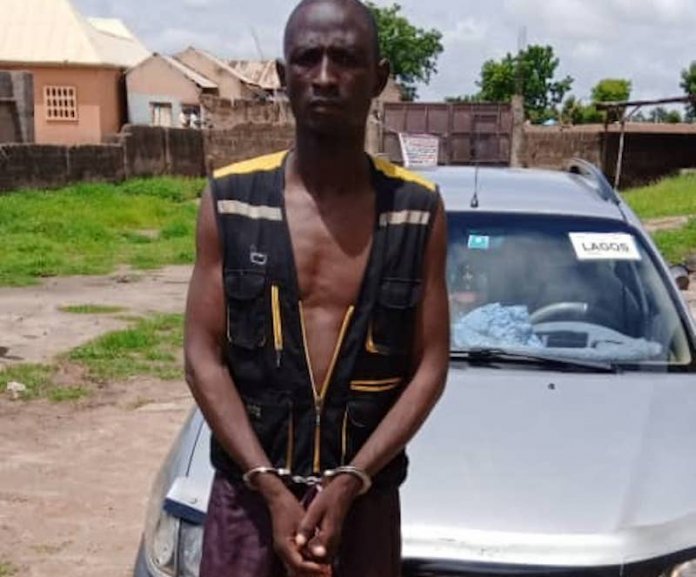 Troops of Operation Sahel Sanity have apprehended one Musa Abubakar, suspected to be a notorious Nigerien gunrunner and killed bandits in Katsina and Zamfara States.

The suspect, according to Nigerian Army, specilises in supplying illicit arms from Niger Republic to Nigeria, through Sabon Birni and Isah Local Government Areas of Sokoto state.

“He was arrested in Gusau where his relative works. The suspect is believed to be involved in the supply of illicit arms from Niger Republic to Nigeria through Sabon Birni and Isah LGA of Sokoto State. The suspect is in custody and providing useful information to the troops”.

He explained that the soldiers, on a cordon and search operation at Gurbin Baure village of Katsina State, neutralised two bandits and captured three others who are currently in custody of Nigerian Army.

He said the suspected bandits were sighted in the village trying to escape but “troops instinctively engaged the fleeing criminals and in the process two bandits were neutralised, while the remaining three were captured by the valiant troops”.

“Similarly, on 25 July 2020, troops deployed at Sabuwa received a distress call on kidnap activities in the town. Troops swiftly mobilised to the area and following a hot pursuit, the kidnappers abandoned their four kidnapped victims and fled. Victims were promptly rescued and subsequently reunited with their families.

Onyeuko, however assured that troops of Operation Sahel Sanity would continue to dominate flash points in the North-west with aggressive patrols and ambushes that will pave the way for agricultural and economic activities in communities hitherto captured by the marauding bandits.
Attachments area