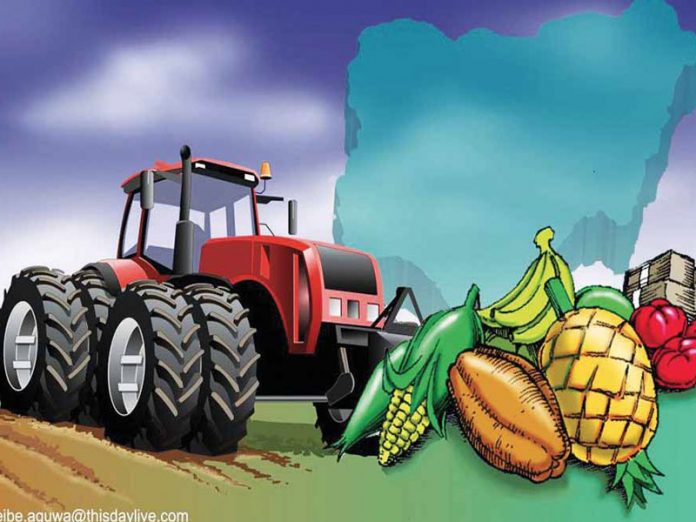 The disruption caused by the COVID-19 has exposed the weak underbelly of the Nigerian economy, causing severe damage to the local economy through the transmission of external shocks and local containment measures.

The ensuing risks to health systems and the economy have been unprecedented, with the downside economic risks worse than the 2008 and 2009 global financial recession while the health risks have been described as the worst since the Spanish Flu of 1918.

According to a report by Afrinvest West Africa Limited, the heightened risks in the economy had spooked investors, resulting in sizable foreign portfolio flow reversals.

Clearly, the country’s heavy import dependence has also contributed majorly to the high forex outflow and the perennial weakness suffered by the naira.

In order to address this, the Central Bank of Nigeria (CBN) about four years ago started a policy to encourage backward integration to conserve foreign exchange and create jobs.

Included in this policy package was the restriction of some items from accessing forex from the central bank’s regulated forex windows.

Presently, the number of items on the CBN’s ‘Not Valid for Import,’ has risen to 44, in the bid to boost domestic production and encourage import substitution.

In line with the drive to boost local production, the CBN recently asked banks and other authorised dealers to henceforth discontinue processing documents for maize and corn importation. The banking sector regulator gave the directive in a circular signed by the Director, Trade and Exchange Department, CBN, Dr. Ozoemena Nnaji.
The central bank directed the banks to discontinue the processing of Form ‘M’.

A Form ‘M’ is a mandatory statutory document to be completed by all importers for the importation of goods into Nigeria. It is mandatory for all importers to complete and register Form ‘M’ with authorised dealers at the time of placing orders.

The circular read: “As part of efforts by the CBN to increase local production, stimulate a rapid economic recovery, safeguard rural livelihoods and increase jobs, which were lost as a result of the ongoing COVID-19 pandemic, authorised dealers are hereby directed to discontinue the processing of Form ‘M’ for the importation of maize/corn with immediate effect.

“Accordingly, all authorised dealers are hereby requested to submit the list of Form ‘M’ already registered for the importation of maize/corn using the attached format on or before the close of business on Wednesday, July 15, 2020. Please ensure strict compliance.”

The central bank had explained that the forex restriction policy was carefully crafted with a view to reversing the multiple challenges of dwindling foreign reserves, contracting Gross Domestic Product (GDP) and what was described as an embarrassing rise in the level of unemployment confronting the Nigerian economy.

Reacting to the development, farmers under the aegis of Maize Growers Processors and Marketers Association of Nigeria (MAGPAMAN) welcomed the policy, saying it would boost local production.

The group described the move as a step in the right direction.
The National President of the association, Dr. Edwin Uche, said the policy was long overdue.
Uche said the move would increase local production, stimulate rapid economic recovery by supporting small holder farmers and safeguard rural livelihoods in the country.

He said it also replace jobs lost as a result of the ongoing COVID-19 pandemic.
“It will also assist local farmers get reasonable pricing for their efforts because we have the capacity to grow maize in this country instead of importing the commodity,’’ Voice of Nigeria (VON), quoted Uche to have said.

Also, Chima Udochi, a maize farmer said the policy demonstrated the federal government’s determination to return agriculture as the base of the country’s economy.

According to Udochi, agriculture is the base of Nigeria’s economy and should remain so.
“We the farmers have been expecting this ban on maize importation simply because when the right environment is created and the right support is given; farmers in Nigeria can grow sufficient maize for industrial use, local consumption and also for export,’’ she told VON.

Also, Alexander Okpanachi, the Chairman of the association in Kogi, commended the federal Government for supporting maize farmers via the CBN Anchor Borrowers programme.

Okpanachi said that maize farmers in the state had been receiving support in form of loans and farm inputs to grow their crops.

According to him, maize production and processing has not suffered any setback in the state largely due to this support from the CBN Anchor Borrowers Programme.

Ahmadu, said the ban would lead to high maize production to benefit players in the value chain.
According to him, with the support, the current price of maize which is between N165, 000 per tonnes and 175, 000 per tonne will reduce.

Similarly, Salisu Adamu, MAGPAMAN Chairman, in Gombe said the CBN Anchor Borrowers programme had been successful in opening up the agricultural sector in the state.

He added that the policy would close the productivity gap in the farming sector as well as serve as a long term measure in curbing maize shortage in the country.

A former President, Chartered Institute of Bankers of Nigeria (CIBN), and Professor of Economics, Babcock University, Prof. Segun Ajibola, argued that the restriction of forex for the importation of some items would conserve scarce forex and protect the local producers from unfair competition.

According to him, this would ultimately increase local value addition, generate employment, and increase the nation’s Gross Domestic Product (GDP).

Prior to the latest forex restriction policy, the CBN had last year also taken steps to enhance domestic production of milk so as to conserve forex. Then, import of milk annually stood at $1.2-$1.5 billion.

Enhancing Domestic Capacity
CBN Governor, Mr. Godwin Emefiele, had said the bank would sustain its intervention in the agriculture sector through its development finance mandate, in order to help catalyse growth in critical sectors of the economy such as agriculture and the manufacturing sectors.

In line with the vision of President Muhammadu Buhari, the CBN had created several lending programmes and provided hundreds of billions to smallholder farmers and industrial processors in several key agricultural produce. These policies are aimed at positioning Nigeria to become a self-sufficient food producer, creating millions of jobs, supplying key markets across the country and dampening the effects of exchange rate movements on local prices.

The CBN governor explained that through schemes such as the Anchor Borrowers’ Programme, the Commercial Agriculture Credit Scheme and the Bankers Committee Agric-Business/Small and Medium Enterprises Investment Scheme (AGSMEIS), the apex bank has improved access to markets for farmers by facilitating a greater partnership with agro-processors and manufacturing firms in the sourcing of raw materials.

“In order to address some of the challenges faced by local farmers and manufacturers, we embarked on measures to discourage smuggling and dumping of restricted items into the country, by imposing restrictions on the use of financial institutions in Nigeria by identified smugglers, as their activities undermined the growth of our local industries.

“These measures are aiding our efforts to support local cultivation in rice, cotton and fish, etc.,” he had stated.

He added that at some point in Nigeria’s history, the economy was heavily reliant on agriculture, with increased cultivation and exports of primary products such as cocoa, palm oil, cotton and groundnut.

He, therefore, urged the country, in view of current challenges in the global economy, to return to the era, when the growth of the agricultural and manufacturing sectors was used to bring about growth and employment.
Emefiele believes the Bank’s on-going interventions, especially in agriculture, would, “help to boost not only our domestic outputs but also improve our annual non-oil exports receipts from $2 billion in 2018 to $12 billion by 2023.”

President Buhari recently decried the huge sums spent by the country importing food items that could be produced locally.

He added: “The importance of agriculture in the economy cannot be over emphasised. Prior to the advent of oil, our country survived on agriculture production. During this period, the economy was built on agricultural activities and our gross domestic product grew steadily.

“Economic diversification is no longer an option for us, it is the only way for economic momentum and the drive to prosperity.”

According to him, the only way to do this was to go back to the land and develop agriculture.
These measures are expected to help the country address some of the challenges in the external sector and help conserve the much-needed forex revenue for the country.