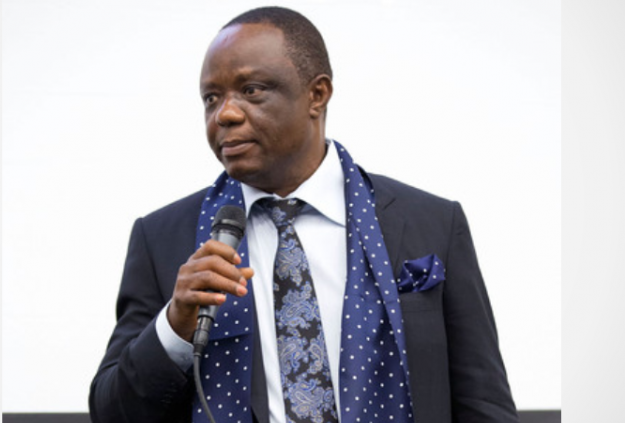 Prominent Edo businessman, Captain Idahosa Wells Okunbo (rtd), yesterday denied any link with the sponsors of the attackers of the leaders of the Peoples Democratic Party ( PDP,) chieftains in Benin City on Saturday.

Vehicles belonging to PDP governors, national leaders and chieftains of the party were attacked when they paid courtesy call on the Oba of Benin, prior to the flag-off of the governorship election campaign at Samuel Ogbemudia Stadium.

PDP leaders had accused leaders of the All Progressives Congress (APC) of being behind the attack.

In a statement issued by Okunbo, billionare businessman condemned the attack, especially as the unfortunate incident happened near the palace of the revered royal father of Benin Kingdom.

“While I condemn the booing of the governor and the PDP team, and the reprisal attack, I am particularly pained that some ungodly insinuations in some quarters have linked me with the unfortunate saga,” he stated.

Okunbo explained that he was invited to the palace of the Oba of Benin for a very private ceremony, adding that the private ceremony, which had no bearing at all with politics, took place hours after the incident happened outside the Palace.

“That I was not privy to the ugly incident during which Governor Godwin Obaseki was reportedly booed;

“That I sincerely frown at the brazen act of disrespect for constituted authorities by the crowd of young men who reportedly became unruly on sighting the entourage of the PDP National Campaign Council and Governor Godwin Obaseki at the palace of the Oba of Benin;

“That I will never, ever be a party to any plan, plot, action or inaction to embarrass our most revered father, Oba Ewuare II, who is non-partisan; and who plays the role of a father to all sons and daughters of the great Benin Kingdom;

“That I was not associated with the activities of the unruly crowd and therefore could not have been sent to the palace by me to embarrass the PDP entourage, including the state governor whom I respect as the number one citizen of the State;

“That I have equal measure of respect for other state governors who were on the entourage with Governor Godwin Obaseki; some of whom are my personal friends; and could not have encouraged any plot to boo or embarrass them;

“That just as I was not privy to the ugly incident outside the palace of the Oba Of Benin, our revered Royal Father, Oba Ewuare II, was also not even aware of what transpired outside until later after he had been briefed about it;

“That those who made insinuations linking me with the ugly incident were just trying to drag me into their politics and create the impression in certain quarters that I was responsible for their rejection by the people;

“That I state solemnly that, in my position as a role model to our teeming youths who look up to me for guidance and support, I cannot, under any guise, undertake directly or sanction indirectly any action that will place me in a position of disrepute before them and other well-meaning members of the society;

“That, for the records, our revered Oba of Benin, Ewuare II, will not, at all times, condone any act of indiscipline by the youths;