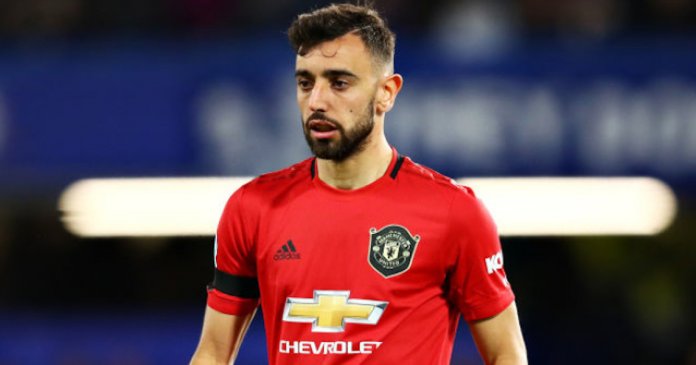 After Fernandes had made an impressive debut in a goalless draw at home to Wolves on 1 February, Manchester United stood 14 points adrift of Leicester City, who were third.

Fast forward to his decisive role in this victory that sees United qualify for next season’s Champions League by taking that third place, and you can see the extent of his impact.

The Portuguese attacker – a mid-season signing from Sporting Lisbon in a deal that could eventually be worth around £68m – has provided the missing link for this Manchester United side.

He has built a bridge between midfield and a talented attacking array of strikers with his talent and his positive style, looking forward every time he receives possession.

Fernandes was not at his best yesterday but he was the man who unlocked Leicester’s defence as Martial won the crucial penalty, then performed his usual hop, skip and jump to send Schmeichel the wrong way and ease any lingering United nerves.

It capped a remarkable recovery for Manchester United – with credit also due to manager Solskjaer for guiding his side into the top four.