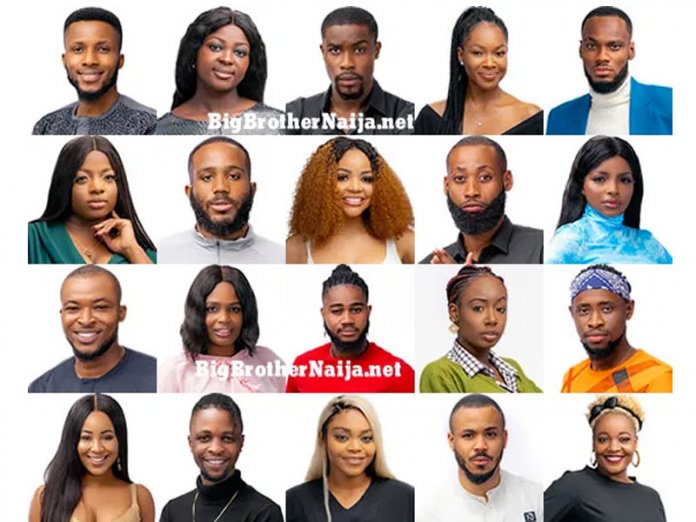 When the popular reality TV show returned to the screen last Sunday, not a few feared that the show was off to a poor start due to the technical glitch it suffered. But by the time the contestants were revealed, the nine minutes the glitch lasted was almost forgotten. What dominated social media was this year’s selection of contestants who expectedly were a diverse mix. Much of the discussion on the housemates centred on their physical attributes. There was Ozoemena Chukwu (Ozo), a 27-year-old fair-skinned fashion consultant from Imo State whose handsome looks got many drooling. There were also the muscled contestants like Terseer Kiddwaya (27), Praise Nelson (28), Eric Akhigbe (24), Nelson Enwerem Prince (24) and Emuobonuvie “Neo” Akpofure (26) who got fans wondering if the organizers selected them for their chiseled body. The contestant who set Twitter on fire with her looks, however, was Dorathy Bachor, a 24-year-old entrepreneur from Lagos with a voluptuous body. Donning a black dress with a V-neck that exposed her mammary glands, Dorathy inspired a lot of memes online that ranged from bewilderment to admiration. But her domination on the Twittersphere didn’t last long as the spotlight was shifted to Olamilekan ‘Laycon’ Agbeleshe, a 26-year-old singer and rapper from Lagos whose musical fame was unknown. At first, Laycon looked like the oddball in the mix. Not a sight for sore eyes, Laycom somehow managed to worm his way into the hearts of fans of the show with his charisma and rapping skills. The housemates were thrilled when he freestyled a song for them on their first night, fetching him admiration. With musicians like Oxlade and Chinko Ekun throwing their weight behind him, Laycon’s fame tripled. He is touted as an underdog that will clinch the coveted prize.

Though the contestants have barely spent a week in the house, fans already have their favourites and rooting for them aggressively. On the list of favourites are Laycon, Ozo, Neo for his endless gists, Ka3na for her incredible tales, Ngozi ‘Erica’ Nlewedim, the 26-year-old actress and model; and Rebecca ‘Nengi’ Hampson, the youngest in the house who clinched the Head of House title this week. The 22-year-old entrepreneur is also admired for her curvaceous body.

The housemates with least admiration include Praise, whom fans described as talkative and two-faced; and the 30-year-old Lucy who many find irritating.

Relationships and love triangles are one of the staples of the show and fans are divided over the budding relationship between Boluwatife ‘Lilo’ Aderogba, the dietician, Eric and Erica. The two ladies seemed to have the hots for the young man who dwarfs everyone in the house. However, when it seemed that he would pick Lilo, Erica fans didn’t take it lightly. But Eric may find himself without any of the ladies as Lilo revealed that she has a boyfriend outside the house.

For this season, themed ‘Lockdown’, the organizers gave the popular Big Brother Naija house a facelift. The lounge and garden are aesthetically designed with colourful artworks. For the first time on the show, the head of the house has an exclusive lounge and bedroom that sits on an upper level above the common areas. Previous seasons only had a separate bedroom and bathroom for the HoH. Also new to the house is a beauty and grooming studio and a redesigned arena for the famous Friday night games. In adherence to the Nigeria Centre for Disease Control (NCDC) guidelines on COVID-19, a disinfection tunnel was created where contestants sanitized their hands and were sprayed with a mist that disinfects the clothing before they entered the house. Another glaring change to this year’s season is the logo colours. This year’s colours are purple and gold. Also, the housemates will be spending a shorter period in this edition, (71 days).