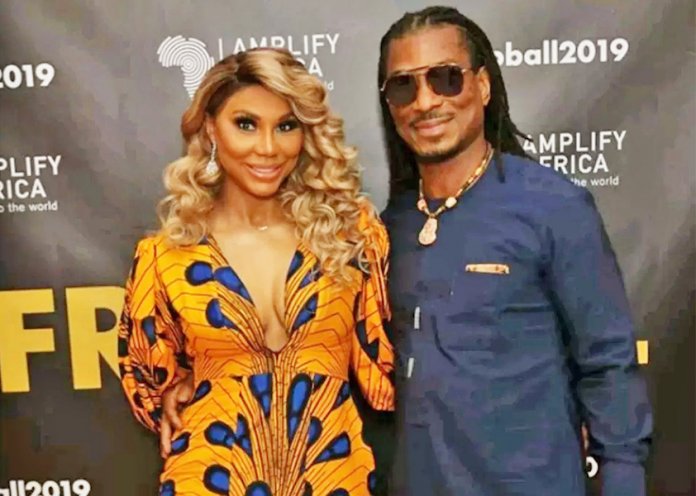 An audio of a call for help to save the life of America’s reality star Tamar Braxton on July 16 has revealed that her Nigerian boyfriend, David Adefeso broke down in tears when he found Tamar unconscious after a suicide attempt. In the wake of her medical emergency call released on Monday, Adefeso told a dispatch paramedic: “She’s been drinking and she’s on medication for depression.”

According to reports, the reality star was staying with her boyfriend at the Ritz Carlton in downtown LA when the incident occurred. The 43-year-old was then rushed to a hospital in Los Angeles.

In the touching audio, Adefeso suggested that she was having issues with the TV network that airs her reality show. He told a dispatch paramedic: “She was very angry earlier on. She’s had trouble with the network, the company she’s working with, and they did something today.” Financial expert, Adefeso and the singer/actress, Braxton have been in a relationship for two years.

At one point, he was then heard crying uncontrollably as he waits for an ambulance to arrive and says: “And it’s come to this. They’ve taken away her happiness, everything.” Tamar Braxton alluded to her alleged suicide attempt in a message sent to various family members same day, hours prior to her hospitalization. In the message, the younger sister to popular American soul singer, Toni Braxton, had lamented about being a “slave” and suggested that the only way out’ of her situation was “death.”

“I am a slave. I do not own my life. My stories, my pictures, my thoughts or beliefs. I’ve asked my massa to free me. I’m threatened and punished for it. The only way I see out is death. I will choose that before I continue to [live] like this. Please help me,” concluded Tamar, followed by a prayer emoji.

It comes after PageSix said in a previous report that Braxton sent a scathing email to WeTV execs, accusing them of destroying her family and making her “suicidal”.

On July 20, she was said to be alert and responsive and was transferred to a different hospital for specialized mental health treatment. A spokesperson for the TV personality told an outlet. Tamar’s condition is unclear at the moment, but the outlet claimed that Tamar has been extremely emotional due to an ongoing contract dispute with WeTV.

A spokesperson for Tamar said: “Tamar has had a very tough and emotional day. More information will be coming in the next few days. Please pray for her.” A report claimed Braxton’s hospitalization unfolded hours after WeTV that air her reality show “Braxton Family Values” debuted the new trailer for her series, “Tamar Braxton: Get Ya Life!”, which explores the star’s journey with motherhood, love and her career as she records a new album.

The mother of one was reported to been upset that series producers used her childhood trauma, including her allegations of being molested to boost ratings. Braxton shares 7-year-old son Logan with ex-husband Vince Herbert. In addition to Braxton Family Values, which premiered in 2011 and co-stars her sisters Toni, Traci, Towanda and Trina, along with their mother, Evelyn, Braxton also opened a new reality show in May.

Braxton and Adefeso’s show Coupled & Quarantined, which they livestream on YouTube, did not air as planned that Thursday night following the incident. Instead, the channel posted a video statement announcing that the show had been postponed as Braxton was “under the weather and not feeling well.”

Meanwhile in a late report last Wednesday, Tamar Braxton’s family is puzzled by her boyfriend’s actions the night of her apparent suicide attempt … and they’re alarmed by his influence over her emotions. Sources connected to the Braxton family said Tamar’s boyfriend, David Adefeso, had seen the pilot episode and promo late last week for her new reality show, ‘Get Ya Life!’ … and he was very unhappy.

“We’re told David got angry about the show’s content and how he was portrayed in it and his reaction, in turn, made Tamar upset.” They also say he’s very involved in her business decisions. “As for David’s portrayal in the pilot, someone who’s seen the episode tells us David, at times, comes off as demanding and controlling. In the episode, we’re told Tamar decides to go on a spiritual healing journey, which includes no sex for 45 days, something that really upsets David. It’s hard to deny that tension is played up in the promo.” 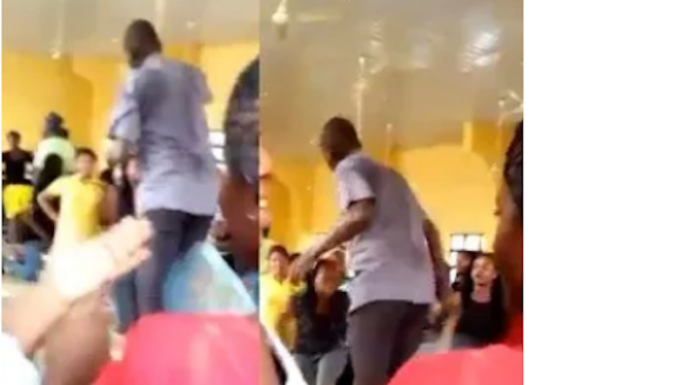