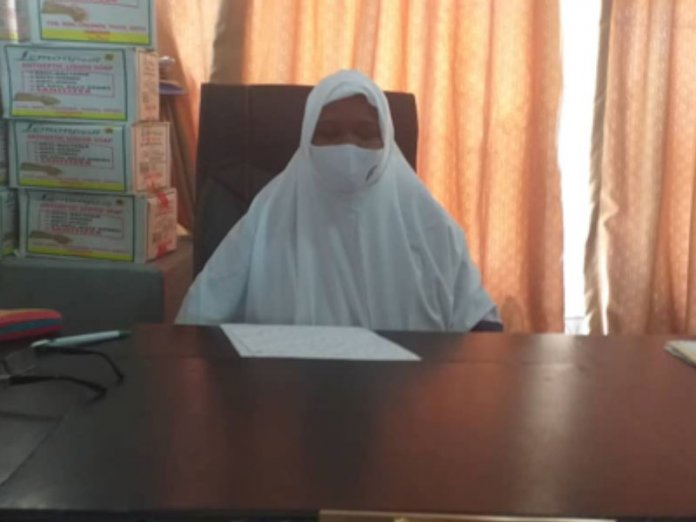 Rukaiya Shettima had always dreamt of achieving a world-class nursing school where the best of nurses and midwives would be trained. In this report, Michael Olugbode writes how the World Health Organisation has made her dream come through

Young Rukaiya Shettima was a girl with great love for nursing. She was in the mode of Florence Nightingale who lived between May 12, 1820 and August 13, 1910. In her lifetime, she was an English social reformer, statistician, and recognised for being the founder of modern nursing, that came to prominence while serving as a manager and trainer of nurses during the Crimean War, in which she organised care for wounded soldiers, and through her action gave nursing a favourable reputation.

For Shettima, in order to realise her dream of becoming a nurse, she enrolled as a student of the College of Nursing and Midwifery Maiduguri in 1981, graduated from the college and took up a job with Borno State government, while praying and hoping that one day, the dream of impacting in the career of nurses would be achieved.

Over the years, she has seen many nurses and midwives trained at her Alma Mater and in fact she has been part of the training for years. The training of nurses and midwives through the years have been a painful exercise as few could be trained as there were not enough facilities and teachers to train many, thus, the College of Nursing and Midwifery Maiduguri could not be ranked among the elite nursing training school in the country.

This was a source of great pain for Shettima who while growing through the rank of the school, still hoped to chaperone the school into the rank of an elite institution.

When she was promoted to principal and afterwards the provost of the college, she was so preoccupied with making the institution the best in the North-east and among the best in the country but at the same time; she never lost sight of her vision.

Over two decades after, her dream materialised when the World Health Organisation (WHO) came into the picture and gave most of the facilities that was needed to get the needed accreditation for the school and eased its movement into the ranks of institutions allowed to train the maximum number of nurses. This puts an end to the pains of three years accreditation visits by the accreditation body.

Speaking on the latest status of the school, Shettima, who grew through the ranks from a nurse to a nurse trainer and then an administrator (provost) of a nursing school, said it is a dream come through not only for the school but “for me.”

She said the college begun as School of Nursing in 1971 before it was converted to School of Midwifery, adding that it started with a total of 15 nurses, 119 student nurses, two midwife educators and six nurse educators.

She said:” I came in as a student in 1981. At the National Examinations, we used to record 100 per cent, 90 per cent and so on, until recently, when the percentage started declining due to the obsolete equipment in the college.

“In 2016, the then former governor, Kashim Shettima, deemed it necessary and upgraded the school to status of a college. So on August 29, the college came into being. Although, it was a college, our performance didn’t go well because scores and percentage didn’t go the way we wanted.

“Percentage at the national examinations at a time between 2014 and 2015 came even below 50. But with the intervention of some partners like WHO, Women For Health, the percentage started to increase. And since 1971 and 1972 that the school was established, it has maintained probationary accreditation, meaning that we cannot admit more than 50 students.

“So until March 2020, when we had last accreditation, we obtained full accreditation with a slot of 100 students per programme. Based on the facilities we had, they added another programme. We have programmes like basic nursing, basic midwifery and community midwifery. Although we are yet to start community nursing, it has been approved with an index place of 100 students for each of the courses. And our performance at the last national examinations rose from 50 per cent to 95 and 98 per cent.”

She noted that with the coming of majorly WHO to the assistance of the college, it has enjoyed first class facilities. Recalling that during the accreditation process, the accreditation team went into the college library and was looking for books and fortunately, some of the books that were supplied by WHO were latest editions and that earned praises from them.

She said now, facilities in the school eased training of students because of the electronic equipment that were installed there.

She said before the coming of WHO, the school skill laboratory for nursing was dilapidated, adding that it was not worthy for training, but WHO stepped in and renovated it.

She added: “Chairs for students were completely worn out and WHO provided 385 chairs. Science laboratory was rehabilitated with gas cylinders, microscope, chemicals for testing and computers for keeping data in the laboratory were as well supplied by WHO.”

Rukaiya recalled that what brought WHO into the affairs of the school was that the attention of the organisation was drawn to the dilapidated nature of some equipment of the school when they were organising trainings, and they felt a school with great potentials should be assisted to achieve its dream.

She said now the school is in the rank of elite nursing and midwifery institutions, one of the challenges it has to face is the overwhelming number of admission seekers that outnumbered the slot approved by the Nursing and Midwifery Council of Nigeria (NMCN).

She said with the full accreditation of the College of Nursing and Midwifery Maiduguri, the training of more nurses and midwives will fill the gaps created by the debilitating effect of Boko Haram insurgency on health institutions, which saw some health workers killed with many others fleeing Borno State to safer areas.

Even prior to the Boko Haram insurgency in Borno and other states of North-east, the health indices of the state and region were one of the worst in the country, with paucity of health facilities and the ever present epidemic of curable and treatable diseases.

As if this was not enough a curse, Boko Haram came in and the health sector was one of their main targets, thus, health facilities and killing of health workers in the affected states were a recurring decimal.

With the insurgency in its 11th year, the situation is evidently worse. In 2018 alone, attacks on healthcare system have become common place. A total of 13 attacks on health facilities leading to 17 deaths and 12 injuries were reported in 2018. Eight of the attacks involved health personnel, five affected supplies, four were on health facilities, and one on transport logistics.

As a result, many health workers were displaced, others killed or injured and many more fled their locations for safety. Hence few staff are left to provide healthcare services to the teeming vulnerable population in the Borno State, affected populations remain at high risk of epidemic – prone diseases like malaria, cholera, measles, meningitis, Lassa fever and yellow fever.

To address this obvious gap, it became imperative to build the capacity of the health workforce and strengthen the curriculum of existing health institutions in Borno State.

With funding support from the European Union (EU) , the World Health Organisation (WHO), equipped the College of Nursing and Midwifery Maiduguri, Borno State with laboratory equipment and classroom facilities including, electronic learning aids to enable the college improve the quality of its training which will invariably impact on the overall healthcare system for the teeming vulnerable population of Borno State.

Today, the college which has existed for 40 years without full accreditation, has obtained full accreditation from the Council of Nursing and Midwifery with the support of WHO’s donation of required laboratory equipment, classroom facilities, books among others, thus making it a noble institution for training of critical health workers which has all it takes to produce world standard graduates of Nursing and Midwifery.

Consequently, more than 1.7 million vulnerable women in the North-east are of reproductive age (15 to 49 years), and require reproductive healthcare and support.

WHO has with the intervention at the College of Nursing and Midwifery Maiduguri not only assisted in making Shettima’s dream come to reality but the dream of a world-class institution for the state and entire region bedeviled by the Boko Haram scourge.