Chuks Okocha in Abuja and Adibe Emenyonu in Benin City

The Independent National Electoral Commission (INEC) has said only the court could stop the Peoples Democratic Party (PDP) governorship candidate, Mr. Godwin Obaseki, and his running mate, Hon. Philip Shaibu, from contesting the September 19 election in Edo State.
INEC, which acknowledged it is aware of a suit by the All Progressives Congress (APC) challenging the candidacy of Obaseki, the incumbent governor, and Shaibu, his deputy, told THISDAY yesterday that it has no official position on the suit.

The clarification came as the APC and the PDP in Edo State yesterday engaged in a war of words over the allegation by the APC that the PDP and Obaseki were recruiting cultists to cause mayhem during the governorship election.

INEC, last week, in compliance Section 34 of the Electoral Act 2010 (as amended), had published the final list of candidates for the governorship election in the state by displaying it in its offices in the state capital and the 18 local government areas of the state.

Speaking yesterday on the court action by the APC against Obaseki and his running mate, the INEC’s National Commissioner in charge of Voter Education and Information, Mr. Festus Okoye, said the commission, as a creation of the constitution and the law, would “not dictate to or abridge or assist in circumventing the constitutional and legal rights of aggrieved persons, aspirants, candidates or political parties in seeking redress or refuge in the courts for perceived or actual violation of their rights.

“They have the right to ventilate their grievances and it is left to the courts to determine whether their suits merit its intervention.
“Section 31(1) of the Electoral Act, 2010(as amended) makes it mandatory for political parties to submit the names of candidates they intend to sponsor for governorship election in Edo State to the commission 60 days before the date appointed for the election. In compliance with our timetable and schedule of activities as well as section 31(3) of the Electoral Act, the commission published the personal particulars of the candidates in the INEC office in Edo State.

“The essence and implication of the publication is that any person who has reasonable grounds to believe that any information given by a candidate in the affidavit or any document submitted by that candidate is false may file a suit at the Federal High Court, High Court of a state or FCT against such a person seeking a declaration that the information contained in the affidavit is false.

“By Section 31(6) of the Electoral Act, if the court determines that any of the information contained in the affidavit or any document submitted by that candidate is false, the court shall issue an order disqualifying the candidate from contesting the election.”
Okoye said the commission would focus on its constitutional and legal mandate of organising, undertaking and supervising the governorship election.

“It is the duty and responsibility of courts to interpret the law and the constitution. The commission will continue to give effect to all lawful orders and judgments from superior sourts of record,” he added.

He stated that with the publication of the final list of candidates, no political party could withdraw or substitute any of the nominated candidates or tamper with the list and particulars of the candidates in a manner inconsistent with the intendment of the constitution and the Electoral Act.

The APC and the PDP in Edo State yesterday engaged in a war of words over the allegation by the APC that Obaseki and his party were recruiting cultists to disrupt the September 19 governorship election.
APC had alleged that those being recruited as Senior Special Assistants (SSAs) and Special Assistants (SAs) by the Obaseki administration would be used to foment trouble during the election.

Publicity Secretary of the APC in the state, Mr. Chris Azebamwan, told reporters at a press conference in Benin City that Obaseki since his emergence as the PDP candidate had embarked on “massive recruitment of thugs and criminals, but this time officially into government.”

He said the people had a cause to worry, adding that “this is because the violence and chaos have already begun.”
But Obaseki, in a reaction by his Special Adviser on Media and Communication Strategy, Mr. Crusoe Osagie, said yesterday that the APC chieftains in the state were the ones allegedly sponsoring thugs with a view to undermining the will of the people in the forthcoming governorship election.

Osagie said APC chieftains and their allies had resorted to violence after discovering that they could not win the election in a fair contest.
The PDP also described the accusation of recruiting cultists as frivolous and unsubstantiated, saying it shows the desperation of APC in telling tall tales.
The state Publicity Secretary of PDP, Mr. Chris Nehikhare, said: “We really do not want to respond to the infantile tantrum of APC as it is now becoming obvious to the good people of Edo State, especially the voting public, that APC has finally lost the plot and is grabbing at straws to shield its obvious incompetence. Or how else does one respond to a statement laced with lies, childish innuendos, immature reasoning and thoughts? No wonder the party had been trending on monumental failures.

“To reconcile APC thinking that the Edo State Government is giving out appointments to thugs and cultists to disrupt the elections when Edo people now call and hail the governor as the thug and godfather slayer, is an obvious display of its desperation to try to bully the good people of our state. It is common knowledge that the APC is the party that is populated by known thugs and brigands in the many factions that exist within it.”

editor - September 30, 2020 3:23 am
10
There is hardly any country in which nation-building is a finished business. To build a nation its people under a leadership with a sense of... 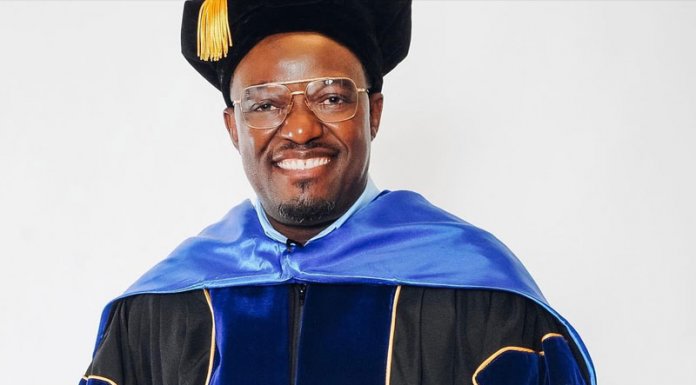 Nigeria’s Dr. Agunbiade as Keynote Speaker at HPCU 2020 in Atlanta, US