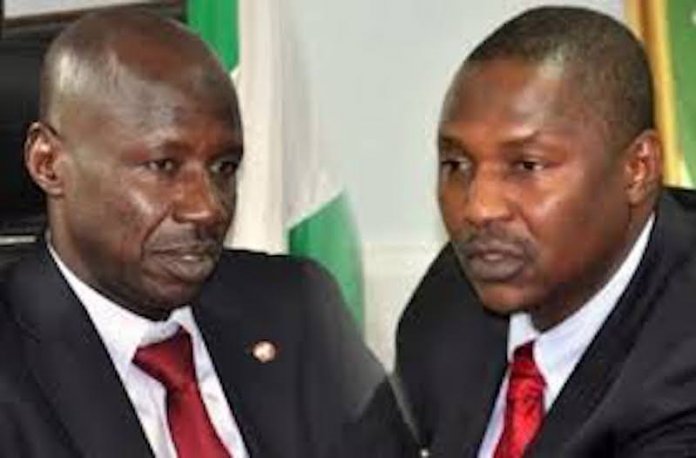 Introduction
News of the suspension of the erstwhile acting Chairman of the Economic & Financial Crimes Commission (“EFCC”), Ibrahim Magu, by President Buhari merely followed the pattern of the exits of previous occupants of that office. To that extent, one would be forgiven for concluding that the job is something of a poisoned chalice – a banana-peel of sorts. It took hardly anyone by surprise, as it had long been on the cards. When the President finally moved against Magu, what fascinated observers was not the source of the allegations (all 21 of them) – Attorney-General Malami (for years, it was an open secret that the two men barely saw eye-to-eye) – but, rather, their gravity: from official corruption, outright stealing/diversion/misappropriation of proceeds of crime, to living beyond his means and insubordination (to Malami, who, by law, oversees the EFCC).

Cynics have dismissed the manner with which Magu was apprehended (reportedly plucked, commando-style, from traffic on an Abuja road) as merely his just desserts, given the controversial style with which he ran the EFCC. He has since been compelled to ‘defend’ himself before a Tribunal of Inquiry, headed by retired respected former President of the Court of Appeal, Hon. Justice Isa Ayo Salami.

While all this was going on, news filtered in of Attorney-General Malami’s alleged ownership (albeit through proxies) of multi-billion Naira landed property in Abuja and his home-state of Kebbi. These have been denied, but video footage of his son spraying and being sprayed with Naira currency notes allegedly on his ‘bachelor’s eve’ party, is hard to dismiss for the simple reason that such ostentation is a criminal offence under Section 21(3) of the Central Bank of Nigeria Act, 2007. Another, more serious charge, is that he authorised the sale of crude oil which was ordered to be forfeited by a court, by the same person who was implicated in its theft (or of another cargo of the same commodity).

Needless to say, both men are presumed innocent until proven guilty. That stage is still some way off. For now, what ought to pre-occupy us, is whether the aforesaid antecedent probe by retired Justice Salami is legally proper. This challenge is valid, regardless of whether Magu himself rode rough-shod over the liberties of others during his time at the Commission or not. This is partly because, apart from him, about 12 other senior staff of the Commission have reportedly been suspended – in the same circumstances as Magu’s – pending investigations. Suspended by whom, it was not revealed.

Discipline of Staff of the EFCC
Even though its precise remit is still shrouded in secrecy, it is clear that the ongoing investigation of Magu by the Justice Salami panel is essentially fact-finding, no doubt with a view to possible disciplinary proceedings, if need be. I believe this calls into question the capacity of the President who constituted it, vis-à-vis the relevant applicable laws. To start with, the EFCC Chairman is just one of 16 members of the Commission, all of whom are appointed by the President, vide Section 2 of the EFCC Act. By virtue of Section 11(1) (b) of the Interpretation Act, that power includes the power to suspend a member, such as Magu. What is not so clear, is Magu’s status and that of the other suspended staff of the Commission vis-à-vis the Public Service Rules and the Tribunals of Inquiry Act, under which the Salami Panel that is probing him/them, was constituted as aforesaid. It appears that the answer to this poser, depends on whether he/they are public officers or merely political appointees.

Is Magu a Public Officer, a Political Appointee or Both?
This question is crucial, as different disciplinary provisions would seem to apply to both categories of officers. To start with, Section 1 (1) of the Tribunals of Inquiry Act empowers the President to “constitute a Tribunal to inquire into any matter or thing or into the conduct or affairs of any person in respect of which, in his opinion, an inquiry would be for the public welfare”. In Magu’s case, however, this provision appears to be slightly at odds with Paragraph 29 and 30 of the Third Schedule to the Constitution, which provides that the Police Service Commission established under Section 153(1)(m) of the 1999 Constitution shall, inter alia, “exercise disciplinary control over persons holding any office in the Nigeria Police Force, with the exception of the Inspector-General of Police”.

This provision is apposite, because Magu is wearing two hats, as it were, given that he is a serving Senior Police Officer (he is a Commissioner of Police). To the extent that the Constitution is supreme over all other laws, the irresistible conclusion is that the on-going probe of Magu by the Justice Salami-led Panel of Inquiry constituted as it is, pursuant to the Tribunals of Inquiry Act (an inferior statute to the Constitution), is ultra vires the President, null and void. In EFCC v HON. JUSTICE HYELDZIRA NGANJIWA (2017) the Court of Appeal laid down the principle that, before a person who is subject to the disciplinary control of a body established by the Constitution can be investigated pursuant to an inferior statute (incidentally, in that case, the EFCC Act), such a person must first be either dismissed or retired by the constitutionally established disciplinary body, before he or she can be dealt with by the other agency.

I believe that – in addition to the National Judicial Council which was specifically involved in Justice Nganjiwa’s case – this principle applies with equal force to all the other bodies which were created, uno flatu, under Section 153(1) of the Constitution and whose composition and powers are contained in the 3rd Schedule to the Constitution. I submit that, to hold otherwise would violate the right to equal protection of the law under Article 3(2) of the African Charter on Human and Peoples’ Rights. Indeed, Magu’s case is arguably stronger, because to the extent that at all material times he was a serving police officer, he remained under the over-arching disciplinary remit of the Police Service Commission. This is the case, notwithstanding his secondment to the EFCC – after all, the Commission is but a specialised police force which merely focuses on economic and financial crimes.

By virtue of Rule 160501 of the Public Service Rules, “the power to exercise disciplinary control over officers in Parastatals, is vested in the supervisory Boards/Councils in accordance with their respective conditions of service”. Is this provision at odds with the aforesaid power conferred on the President by Section 11(1) of the Interpretation Act, to suspend anyone whom the President may have appointed? That is the question. In my opinion, the Rules ought to prevail over any such presidential power, for the simple reason that they deal specifically with discipline of public officers. This is because, specialibus generalia derogant: special things derogate from general things.

In this regard, Rule 030403 provides that “the disciplinary procedure for serious misconduct, shall be in accordance with Rules 030302 to 0303062 of the Public Service Rules”. By way of illustration, some of the allegations against Magu appear to be provided for in the Rules. For instance, Rule 030301 deals, inter alia, with “unauthorised removal of public records; refusal to take/carryout lawful instructions from superior officers and insubordination”. Similarly, Rule 030402 deals with, inter alia,“withholding of files; bribery; corruption, embezzlement; misappropriation; wilful damage to public property”.

Finally, Rule 030305 provides that: “If it is presented to the Federal Civil Service Commission that an officer has been guilty of misconduct, and the Commission does not consider the alleged misconduct serious enough to warrant proceedings under Rule 030306 with a view to dismissal, it may cause an investigation to be made into the matter in such a manner as it considers proper, and the officer shall be entitled to know the whole case made against him/her, and shall have adequate opportunity of making his/her defence. If, as a result, the Commission decides that the allegation is proved, it might inflict any other punishment upon the officer such as reduction in rank, withholding or deferment of increment or otherwise”.

Conclusion
The last is yet to be heard on the Magu saga, as it is rapidly evolving. What can, however, be said with some certainty, is that whatever Magu’s shortcomings and failings might have been, he is entitled to all the constitutional safeguards and protections which he might have denied others, while he held sway at the EFCC. The simple reason is that, two wrongs don’t make a right. The same applies to Malami. 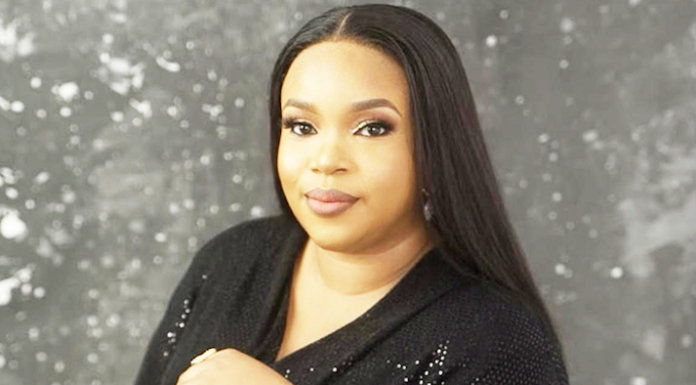