With 60 per cent increase in the price of major raw materials being used by the poultry farmers and business failure of about 40 percent farmers, the National President, Poultry Association of Nigeria (PAN), Mr. Ezekiel Mam, has called on federal government, the Central Bank of Nigeria and other financial operators to wade in and put framework in place to enable poultry farmers access loan at five per cent interest rate, to rescue the once flourishing industry.

Mam, who spoke to THISDAY at the weekend on how the lockdown has almost crippled the industry, expressed the fear that if nothing was urgently done to revive poultry activities, the entire business value chain would fall.

“To say poultry farming business is in comatose is like stating the obvious -we have not had it this bad. During the lockdown, demand for poultry needs; meat and eggs, dropped and many farmers had no other alternative but to destroy their eggs.

“As a result of the restriction, our major trade partners like the hotels, quick service restaurant and events centres were not allowed to open. There was also transportation problem because most of the farmers outsource the logistics arm of the business.

“In some cases, consumers look for alternatives. Hence, there was a sharp difference between the supply rate and demand rate. After the ease on the lockdown, when many would expect businesses to take shape, the price of raw material suddenly went up.

“For instance, a 100kg of maize which was N9, 000 before the lockdown now goes for N20, 000 and above. As I speak now, for any farmer to arrange feed (grains and corns), the farmer has to buy at exorbitant prices. We also have to pay high charges for transporting poultry to markets,” he said.

While speaking on how to curtail the high capital intensive outlook of the industry, the national president, who stated that the association was still discussing with the federal government over palliative for farmers, also advocated for other incentives that would attract young Nigerians to farming now that the country is desperate to be self-sufficient in food production.

“As I speak, many farmers have closed down their farms and laid off their employees, both permanent and ad-hoc. Though we are talking with federal government on palliative for members, I think the major solution to the industry’s misfortune and long term goal is for us to be able to access loan at five per cent interest rate.
“This is the only way poultry farmers can be sure of making profits and contribute well to the economy,” he added.

A former Chairman of Poultry Association of Nigeria, Eti Osa/Epe Zone of the association’s Lagos chapter, Wale-Ojo, though admitted that the industry was troubled, he however pointed out that a few farmers, especially those who produced the day old farmers, were smiling to the bank.

“I want to acknowledge the fact that the federal Government of Nigeria, in partnership with Lagos State Government, has assisted a few farmers but we hope for a bigger percentage,” he added.

Speaking further, the former zonal chairman, also stated that farmers, who rely on bank loan for their farming activities are currently facing a lot in the hands of their bankers. Though he didn’t put figure to the percentage of interest the industry require, Ojo was quick to say that Nigeria needed great thinkers to bail out the entire agric sector. 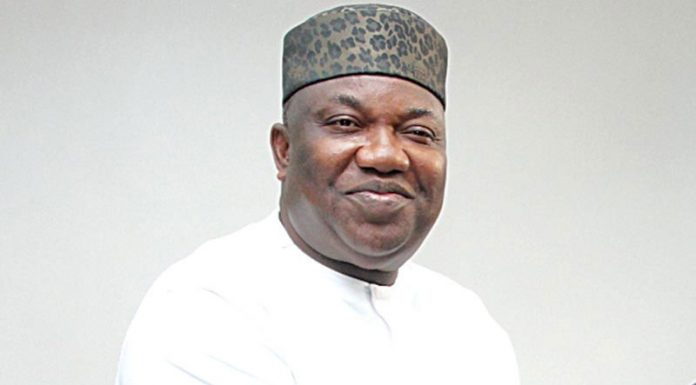